Just in case: NASA to crash spacecraft into asteroid for test 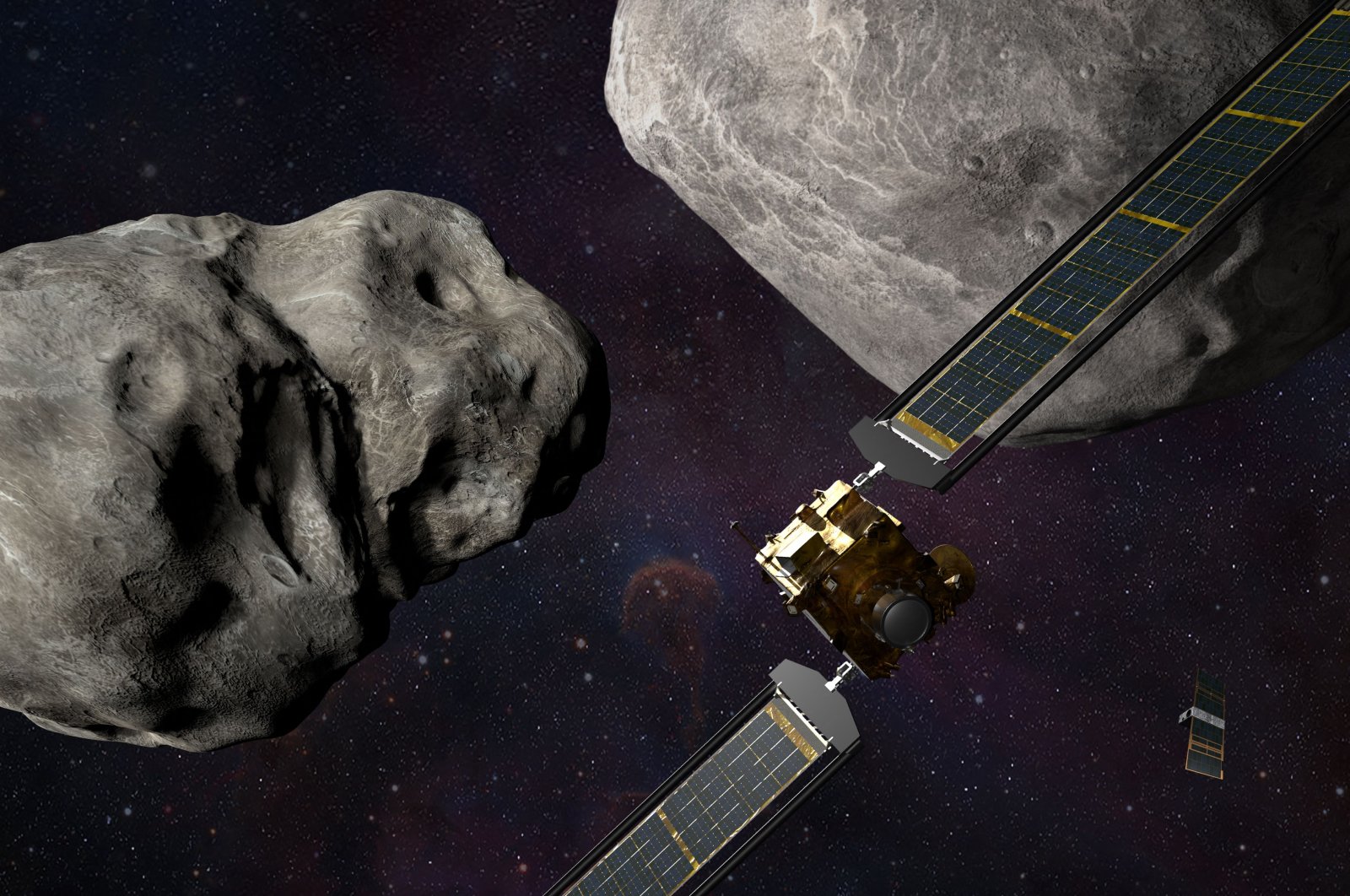 We all teared up while watching the 1998 Hollywood blockbuster "Armageddon" with Bruce Willis and Ben Affleck rushing to save the Earth from being pulverized by an asteroid.

While the Earth faces no such immediate danger, NASA plans to crash a spacecraft traveling at a speed of 15,000 miles per hour (24,000 kph) into an asteroid next year in a test of "planetary defense."

The Double Asteroid Redirection Test (DART) is to determine whether this is an effective way to deflect the course of an asteroid should one threaten the Earth in the future.

NASA provided details of the DART mission, which carries a price tag of $330 million, in a briefing for reporters on Thursday.

"Although there isn't a currently known asteroid that's on an impact course with the Earth, we do know that there is a large population of near-Earth asteroids out there," said Lindley Johnson, NASA's Planetary Defense Officer.

"The key to planetary defence is finding them well before they are an impact threat," Johnson said. "We don't want to be in a situation where an asteroid is headed towards Earth and then have to test this capability."

The DART spacecraft is scheduled to be launched aboard a SpaceX Falcon 9 rocket at 10:20 p.m. Pacific time on Nov. 23 from Vandenberg Space Force Base in California.

If the launch takes place at or around that time, impact with the asteroid some 6.8 million miles from Earth would occur between Sept. 26 and Oct. 1 of next year.

The target asteroid, Dimorphos, which means "two forms" in Greek, is about 525 feet in diameter and orbits around a larger asteroid named Didymos, "twin" in Greek.

Johnson said that while neither asteroid poses a threat to Earth they are ideal candidates for the test because of the ability to observe them with ground-based telescopes.

Images will also be collected by a miniature camera-equipped satellite contributed by the Italian Space Agency that will be ejected by the DART spacecraft 10 days before impact.

Nancy Chabot of the Johns Hopkins Applied Physics Laboratory, which built the DART spacecraft, said Dimorphos completes an orbit around Didymos every 11 hours and 55 minutes "just like clockwork."

The DART spacecraft, which will weigh 1,210 pounds at the time of impact, will not "destroy" the asteroid, Chabot said.

"It's just going to give it a small nudge," she said. "It's going to deflect its path around the larger asteroid."

"It's only going to be a change of about one percent in that orbital period," Chabot said, "so what was 11 hours and 55 minutes before might be like 11 hours and 45 minutes."

The test is designed to help scientists understand how much momentum is needed to deflect an asteroid in the event one is headed toward Earth one day.

"We are targeting to be as nearly head on as possible to cause the biggest deflection," Chabot said.

The amount of deflection will depend to a certain extent on the composition of Dimorphos and scientists are not entirely certain how porous the asteroid is.

Dimorphos is the most common type of asteroid in space and is some 4.5 billion years old, Chabot said.

"It's like ordinary chondrite meteorites," she said. "It's a fine grain mixture of rock and metal together."

Johnson, NASA's Planetary Defense Officer, said more than 27,000 near-Earth asteroids have been cataloged but none currently pose a danger to the planet.

An asteroid discovered in 1999 known as Bennu that is 1,650 feet wide will pass within half the distance of the Earth to the Moon in the year 2135 but the probability of an impact is considered very slight.