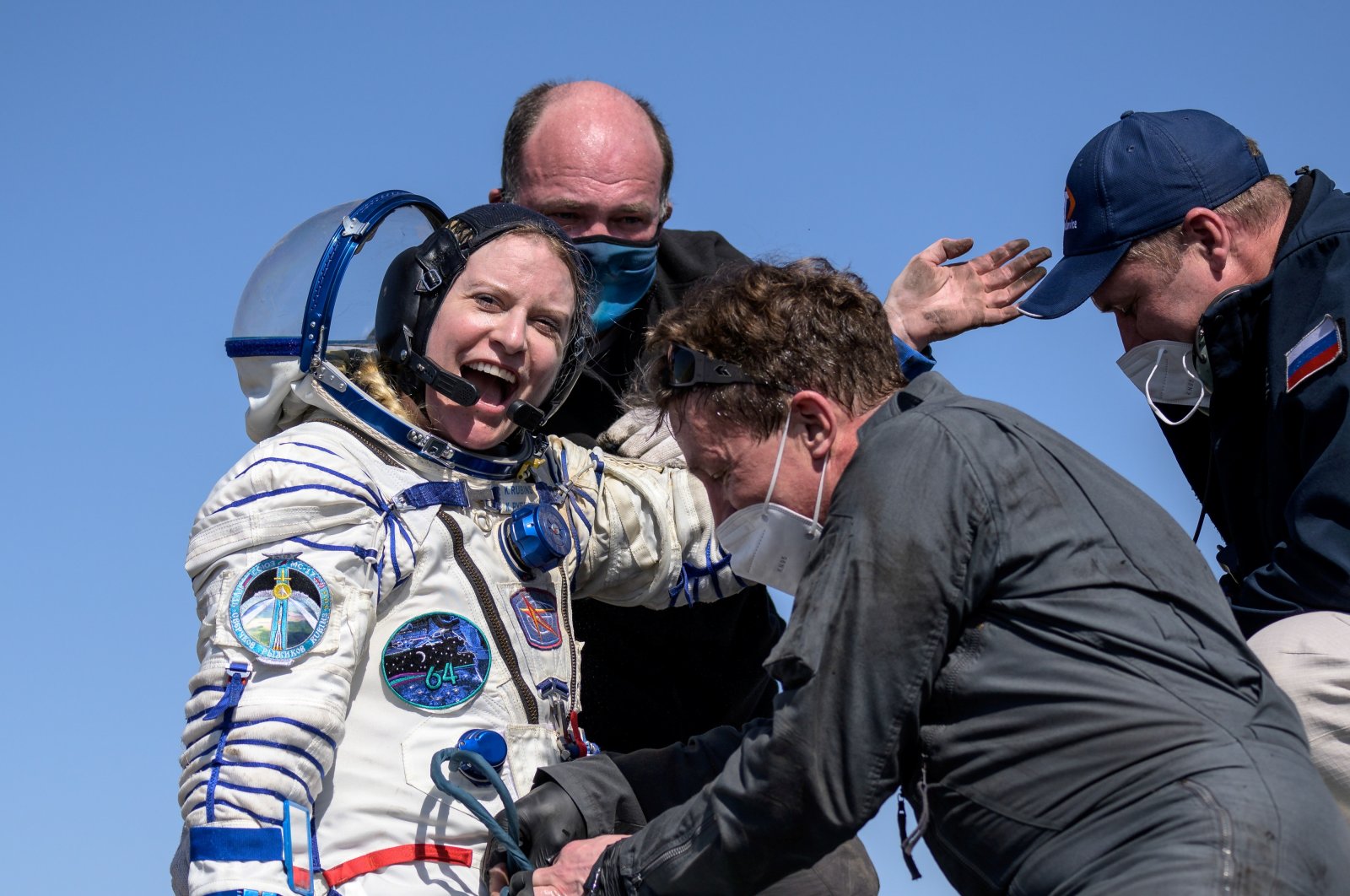 A NASA astronaut and two Russian cosmonauts landed Saturday in the steppes of Kazakhstan after a six-month mission on the International Space Station, footage broadcast by the Russian space agency showed.

Russia's Sergei Ryzhikov and Sergei Kud-Sverchkov as well as NASA's Kate Rubins landed on barren land at 4.55 a.m. GMT around 150 kilometers (90 miles) southeast of the town of Zhezkazgan.

The Soyuz descent module carrying the trio landed upright after descending through a cloudless sky on a fine spring day in central Kazakhstan, a Roscosmos TV commentator confirmed.

Molecular biologist Rubins, 42, and former military pilot Ryzhikov, 46, are completing their second missions in space having both made their ISS debuts following launches in July and October of 2016 respectively.

Kud-Sverchkov, 39, another ex-military man, is completing his first mission.

For the last decade, the population of the space station has typically varied between three and six as crews that blasted off from Russia's Baikonur cosmodrome in Kazakhstan came and went.

Entrepreneur Elon Musk's SpaceX last year broke the monopoly that Russia and Baikonur had held on manned launches since the mothballing of the United States shuttle program in 2011, beginning a new chapter of spaceflight from U.S. soil.

As a result, the number of crew on board will reach 11 next week with the arrival of NASA's SpaceX Crew-2 mission.

NASA's Shane Kimbrough and Megan McArthur, Japanese astronaut Akihiko Hoshide, and Thomas Pesquet of the European Space Agency are expected to dock with the ISS next Friday, with the four-person crew they are replacing scheduled to return to Earth on April 28.

The absolute record for people aboard the ISS was set in 2009, when an arriving crew took the orbital lab's population to 13.

That is also the joint all-time record for the most people in space at any one time after seven astronauts were aboard the NASA space shuttle Endeavour and a six-man crew was aboard the Mir space station simultaneously in March 1995.

Continuously occupied for more than 20 years, the ISS is expected to be retired before the end of the decade, raising questions about future cooperation between Russia and the West in space.