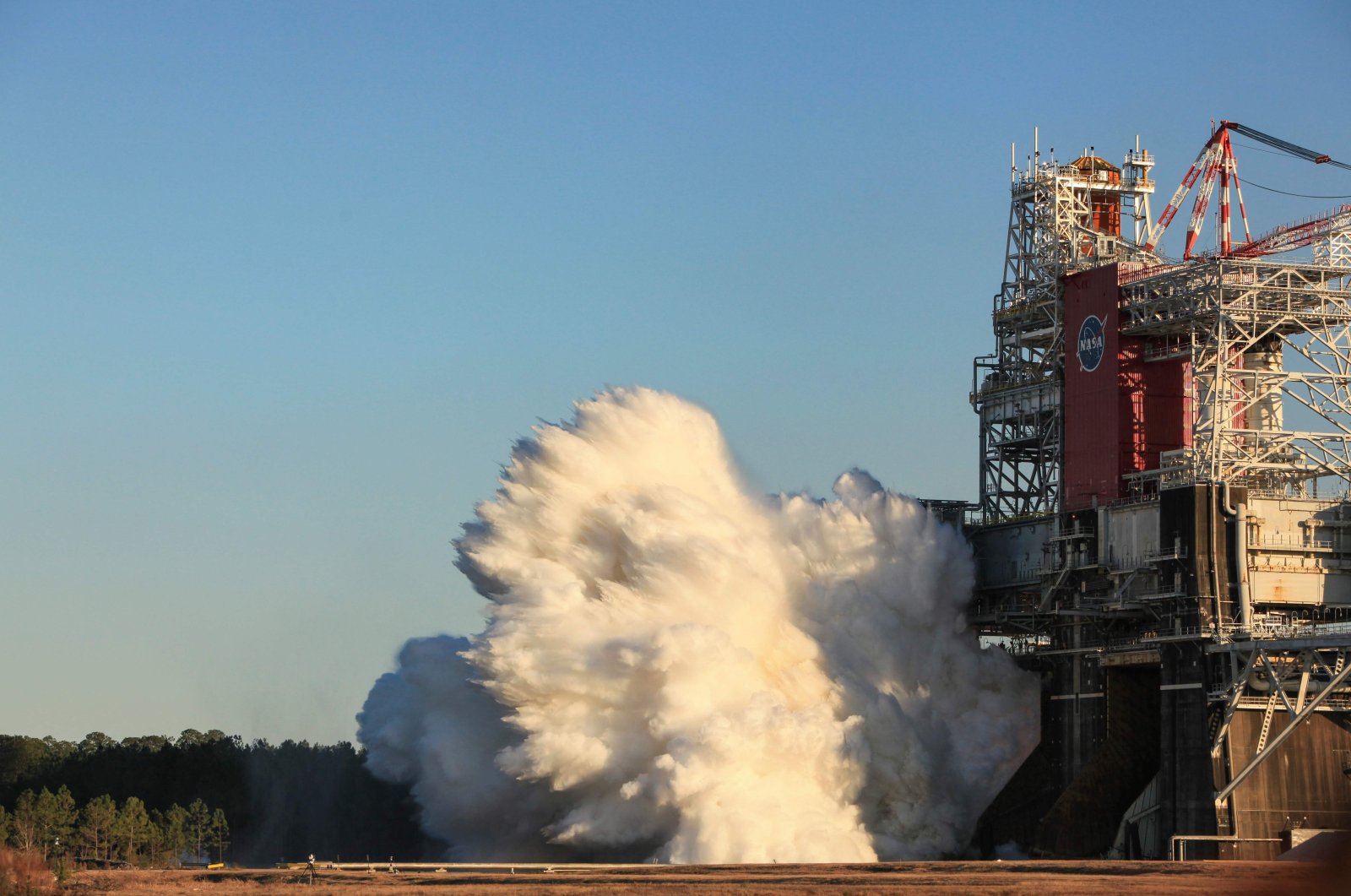 NASA's deep space exploration rocket built by Boeing briefly ignited all four engines of its behemoth core stage for the first time on Saturday, cutting short a crucial test to advance a years-delayed U.S. government program to return humans to the moon in the next few years.

Mounted in a test facility at NASA's Stennis Space Center in Mississippi, the Space Launch System's (SLS) 212-foot tall core stage roared to life at 4:27 p.m. local time (2227 GMT) for just over a minute – well short of the roughly eight minutes engineers needed to stay on track for the rocket's first launch in November this year.

"Today was a good day," NASA administrator Jim Bridenstine said at a press conference after the test, adding "we got lots of data that we're going to be able to sort through" to determine if a do-over is needed and whether a November 2021 debut launch date is still possible.

The engine test, the last leg of NASA's nearly yearlong "Green Run" test campaign, was a vital step for the space agency and its top SLS contractor Boeing before a debut unmanned launch later this year under NASA's Artemis program, the Trump administration's push to return U.S. astronauts to the moon by 2024.

It was unclear whether Boeing and NASA would have to repeat the test, a prospect that could push the debut launch into 2022. NASA's SLS program manager John Honeycutt, cautioning the data review from the test is ongoing, told reporters the turnaround time for another hot fire test could be roughly one month.

The expendable super heavy-lift SLS is three years behind schedule and nearly $3 billion over budget. Critics have long argued for NASA to retire the rocket's shuttle-era core technologies, which have launch costs of $1 billion or more per mission, in favor of newer commercial alternatives that promise lower costs.

By comparison, it costs as little as $90 million to fly the massive but less powerful Falcon Heavy rocket designed and manufactured by Elon Musk's SpaceX, and some $350 million per launch for United Launch Alliance's legacy Delta IV Heavy.

While newer, more reusable rockets from both companies – SpaceX's Starship and United Launch Alliance's Vulcan – promise heavier lift capacity than the Falcon Heavy or Delta IV Heavy potentially at a lower cost, SLS backers argue it would take two or more launches on those rockets to launch what the SLS could carry in a single mission.

NASA and Boeing engineers have stayed on a 10-month schedule for the Green Run "despite having significant adversity this year," Boeing's SLS manager John Shannon told reporters this week, citing five tropical storms and a hurricane that hit Stennis, as well as a three-month closure after some engineers tested positive for the coronavirus in March.