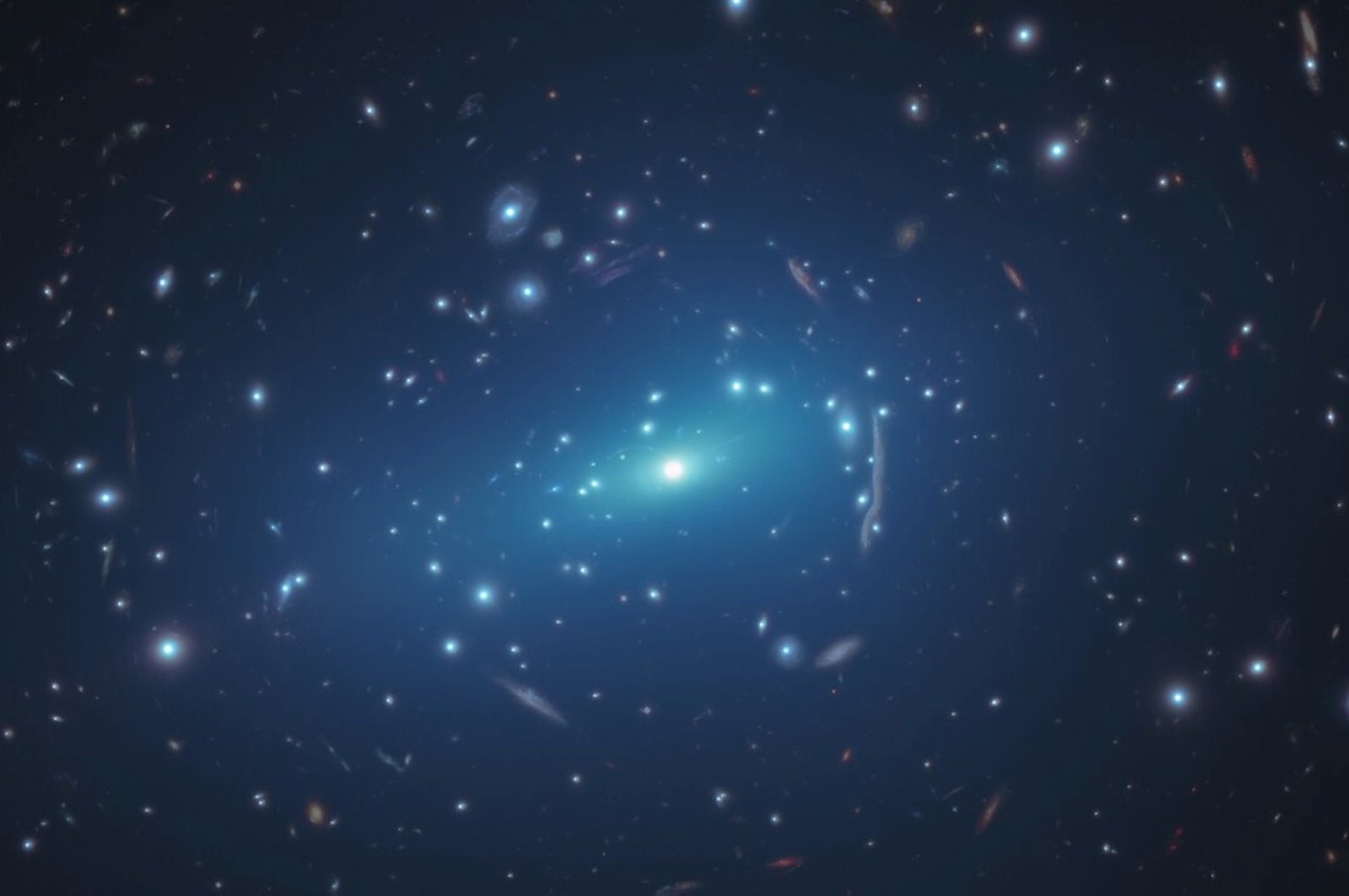 Dark matter, the mysterious invisible stuff that makes up most of the mass of galaxies including our own Milky Way, is confounding scientists again, with new observations of distant galaxies conflicting with the current understanding of its nature.

Research published this week revealed an unexpected discrepancy between observations of dark matter concentrations in three massive clusters of galaxies encompassing trillions of stars and theoretical computer simulations of how dark matter should be distributed.

"Either there is a missing ingredient in the simulations or we have made a fundamentally incorrect assumption about the nature of dark matter," Yale University astrophysicist Priyamvada Natarajan, a co-author of the study published in the journal Science, said Friday.

Dark matter is the invisible glue that holds stars together inside a galaxy. It also creates an invisible scaffold that enables galaxies to form clusters. But it has very peculiar properties. It does not emit, absorb, or reflect light and does not interact with any known particles.

The bulk of the matter in the universe, about 96%, is thought to be dark matter, with ordinary matter – the visible stuff that makes up stars, planets and people – a mere 4%.

Dark matter's presence is known only through its gravitational pull on the visible matter in space. It differs from the similarly enigmatic and unseen dark energy, which is considered a property of space and is driving the universe's accelerated expansion. Dark energy is repulsive. Dark matter attracts through gravity.

The new study involved observations from the Hubble Space Telescope and the European Southern Observatory's Very Large Telescope in Chile.

When the light from distant sources like faraway galaxies travels through matter such as another galaxy or a cluster of them, the light is deflected and bends – a phenomenon called "gravitational lensing," said astrophysicist and study lead author Massimo Meneghetti of the Observatory of Astrophysics and Space Science in Bologna and National Institute for Astrophysics in Italy.

The new observations showed that gravitational lensing effects produced by galaxies residing inside the huge galaxy clusters were far stronger than the current dark matter theory envisioned, suggesting an unexpectedly large concentration of dark matter in these galaxies.

"This is quite surprising," Meneghetti said.