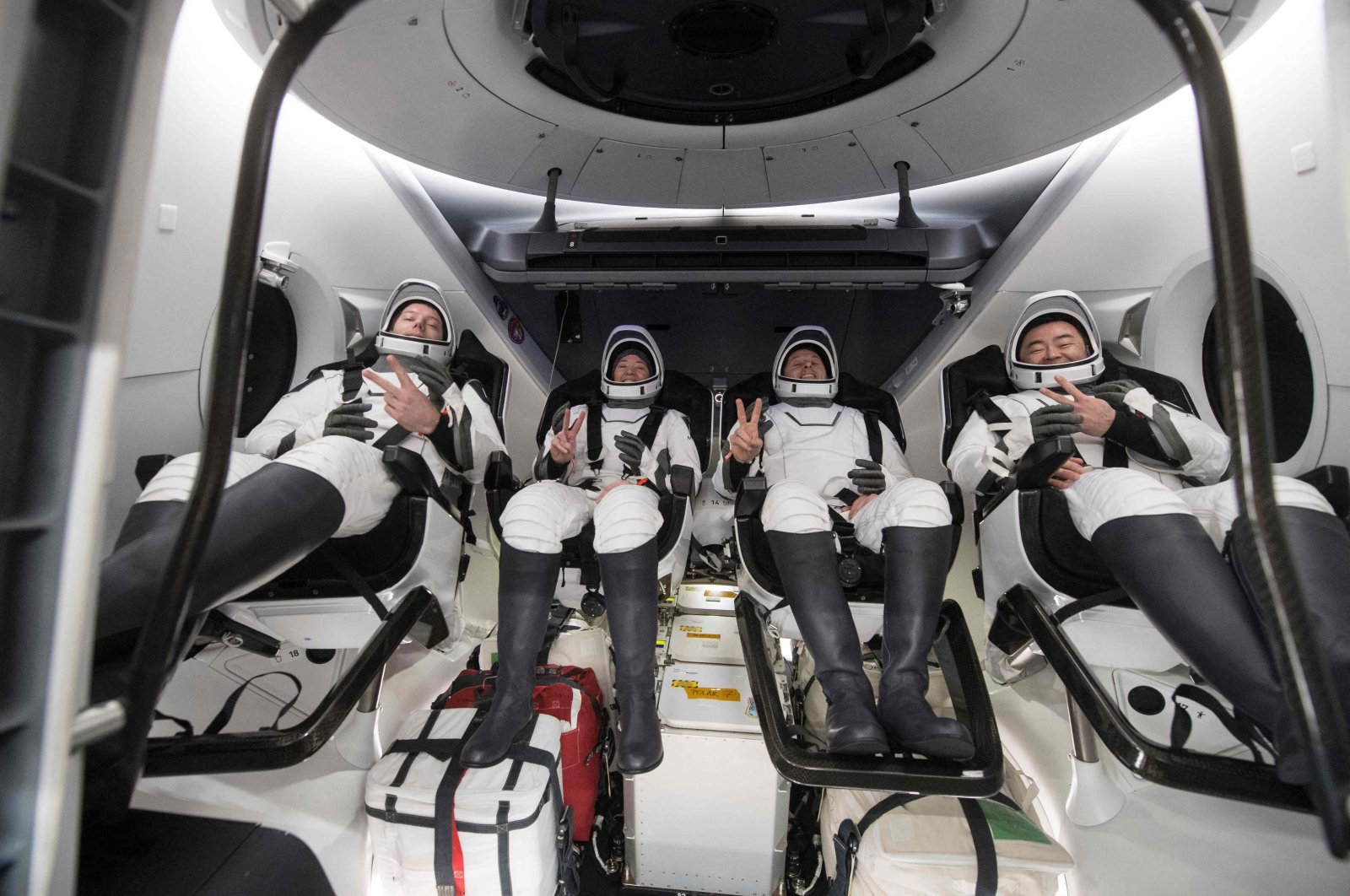 Following six months on the International Space Station, a SpaceX capsule carrying four astronauts back to Earth landed Monday off the coast of Florida, a NASA live broadcast showed.

Slowed by the Earth's atmosphere, as well as four huge parachutes, the Dragon capsule was able to withstand the dizzying descent thanks to its heat shield.

A boat will retrieve the capsule, and the astronauts on board will be brought back to land via helicopter.

Since arriving on April 24, the crew of two Americans, a Frenchman and one Japanese astronaut conducted hundreds of experiments and helped upgrade the station's solar panels.

Endeavour then looped around the ISS for around an hour-and-a-half to take photographs, the first such mission since a Russian Soyuz spaceship performed a similar maneuver in 2018.

The Dragon, which flew mostly autonomously, has a small circular window at the top of its forward hatch through which the astronauts can point their cameras.

"Proud to have represented France once again in space! Next stop, the Moon?" tweeted Thomas Pesquet from the European Space Agency (ESA).

Crew-2's departure was delayed a day due to high winds.

Bad weather and what NASA called a "minor medical issue" have also pushed back the launch of the next set of astronauts, on the Crew-3 mission, which is now set to launch Wednesday.

Until then, the ISS will be inhabited by only three astronauts – two Russians and one American.

SpaceX began providing astronauts a taxi service to the ISS in 2020, ending nine years of United States reliance on Russian rockets for the journey following the end of the Space Shuttle program.

The crew also faced a final challenge on their journey home – they had to wear diapers after a problem was detected with the capsule's waste management system, forcing it to remain offline.

"Of course that's sub-optimal, but we're prepared to manage," NASA astronaut Megan McArthur said at a press conference ahead of the departure.

"Space flight is full of lots of little challenges, this is just one more that we'll encounter and take care of in our mission."

A SpaceX all-tourist crew encountered a similar waste-related problem during a September flight, which triggered an alarm system.

NASA later said a tube had come unglued, sending urine to the capsule's fan system instead of a storage tank.