Pandemic of Bots: Half of Twitter trends are fake, says new study 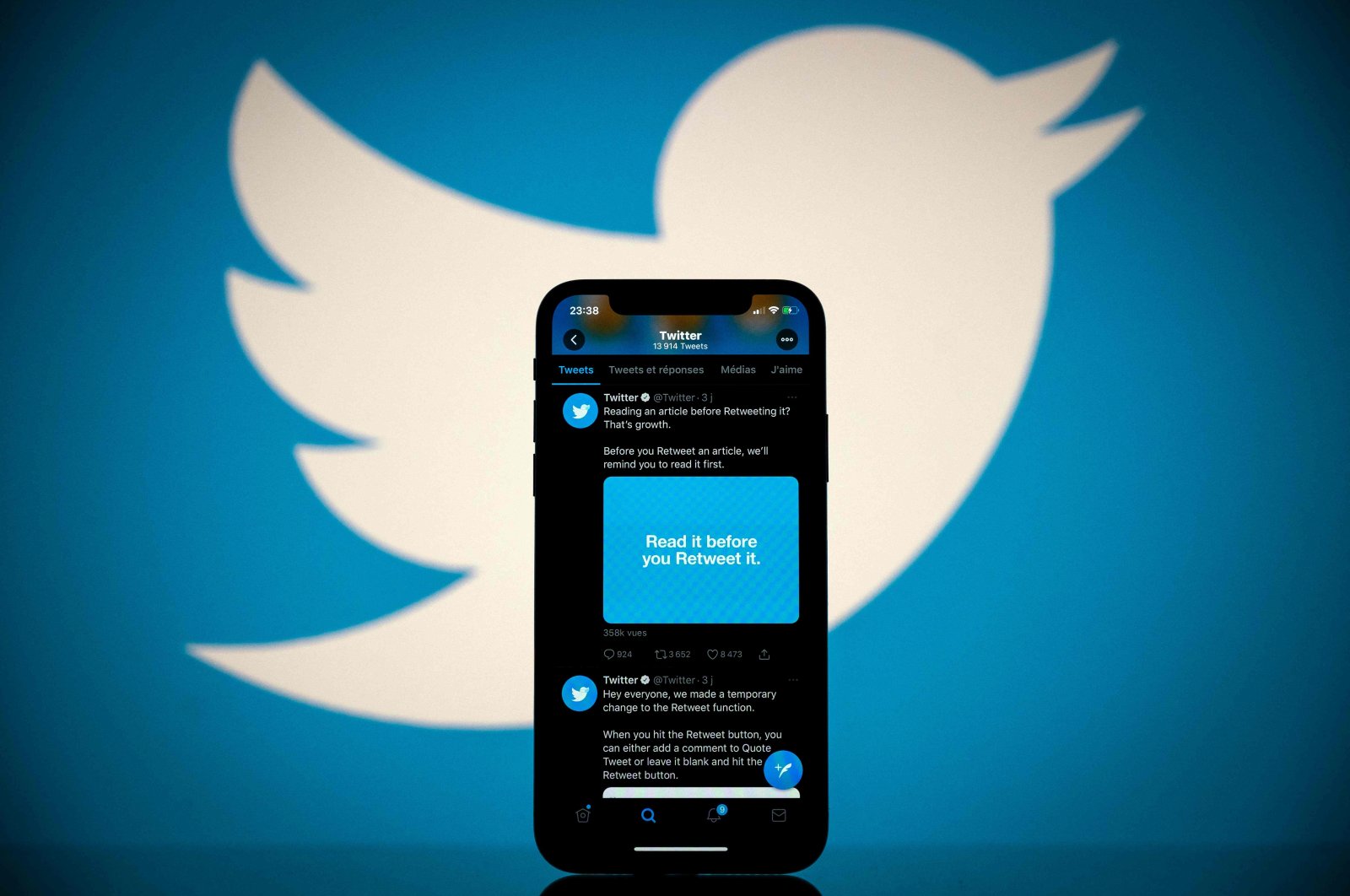 The logo of social media platform Twitter is displayed behind a smartphone with Twitter's application visible on the screen, Toulouse, France, Oct. 26, 2020. (AFP Photo)
by DAILY SABAH Jun 03, 2021 4:37 pm
RECOMMENDED

Social media, for better or worse, is an inseparable part of our lives in the modern, ultra-connected age that we live in. This means that it has a unique power to influence our thoughts, and this kind of manipulation of people's perspectives, particularly with unfounded, untruthful dialogue, is an ever-increasing issue that people now face.

Most recently, a new study by the Swiss Federal Institute of Technology in Lausanne (EPFL) found that half of the topics that enter Turkey's trending list on the social media platform Twitter, and a quarter of all global trends, are generated through the use of automated bots, suspicious accounts and manipulative algorithms.

Researchers at the EPFL uncovered an "ongoing astroturfing attack on the popularity mechanisms of social media platforms" that they termed "ephemeral astroturfing attacks" in the study. Astroturfing is a term used to describe a fake grassroots campaign that tries to influence public opinion. In the EPFL study, the "ephemeral" attacks were a short-lived, deceptive presentation of an orchestrated marketing or public relations campaign under the guise of unsolicited comments from members of the public.

According to the study, a chosen topic or keyword is artificially promoted through these attacks via what they call inauthentic activity. When successful, the topic appears to be popular and the perpetrators remove their activity.

The researchers from the Swiss university chose the social media platform Twitter as their test field and observed over 19,000 unique fake trends promoted by over 108,000 accounts. These included fake and compromised accounts, which are accounts of people whose credentials have been stolen.

Twitter's popularity algorithm is an interesting case study and is also widely used. The algorithm detects the use of hashtags, a metadata tag that is prefaced by the hash symbol (i.e. "#"), and it tracks the frequency and popularity of these hashtags. With this data, it determines the "trending" topics and alerts users to those specific hashtags, in local and global scale, through "Twitter Trends".

According to the study, this new type of astroturfing attack accounts for at least 20% of Twitter's global "Top 10" trends, most of the time generated by automated bots. One important point that the study touches upon is that Twitter's algorithm counts the use of the hashtag whether or not the tweet is later deleted, a loophole that these attacks abuse frequently.

“We found that 47% of local trends in Turkey and 20% of global trends are fake, created from scratch by bots. Between June 2015 and September 2019, we uncovered 108,000 bot accounts involved, the biggest bot dataset reported in a single paper," said Tuğrulcan Elmas, one of the authors of the research, in an interview with the university's website. "Our research is the first to uncover the manipulation of Twitter Trends at this scale,” he said.

Through these attacks, fake trends have been created revolving around gambling promotions, disinformation campaigns and pushing hate speech against minorities or vulnerable populations, said the study.

"Broader media outlets report on trends, which are used as a proxy for what people are talking about," said Rebekah Overdorf, another of the paper’s authors. She highlighted how these attacks manipulate the media's perspective on people's thoughts and, as people consume information through media, in turn skew the public's viewpoint.

Overdorf exemplified how the public perspective is manipulated by these attacks by pointing out the hashtag "#SuriyelilerDefolsun" (Syrians get out), which was pushed by Twitter's "Trends" in Turkey. The story was picked up by news outlets reporting on the trending topic; however, "in reality, it was completely fabricated,” said Overdorf.

Twitter was alerted to this methodology of attacks twice by the researchers, but the social media giant either declined to change its "Trends" algorithm or refused to respond, according to the university's piece.