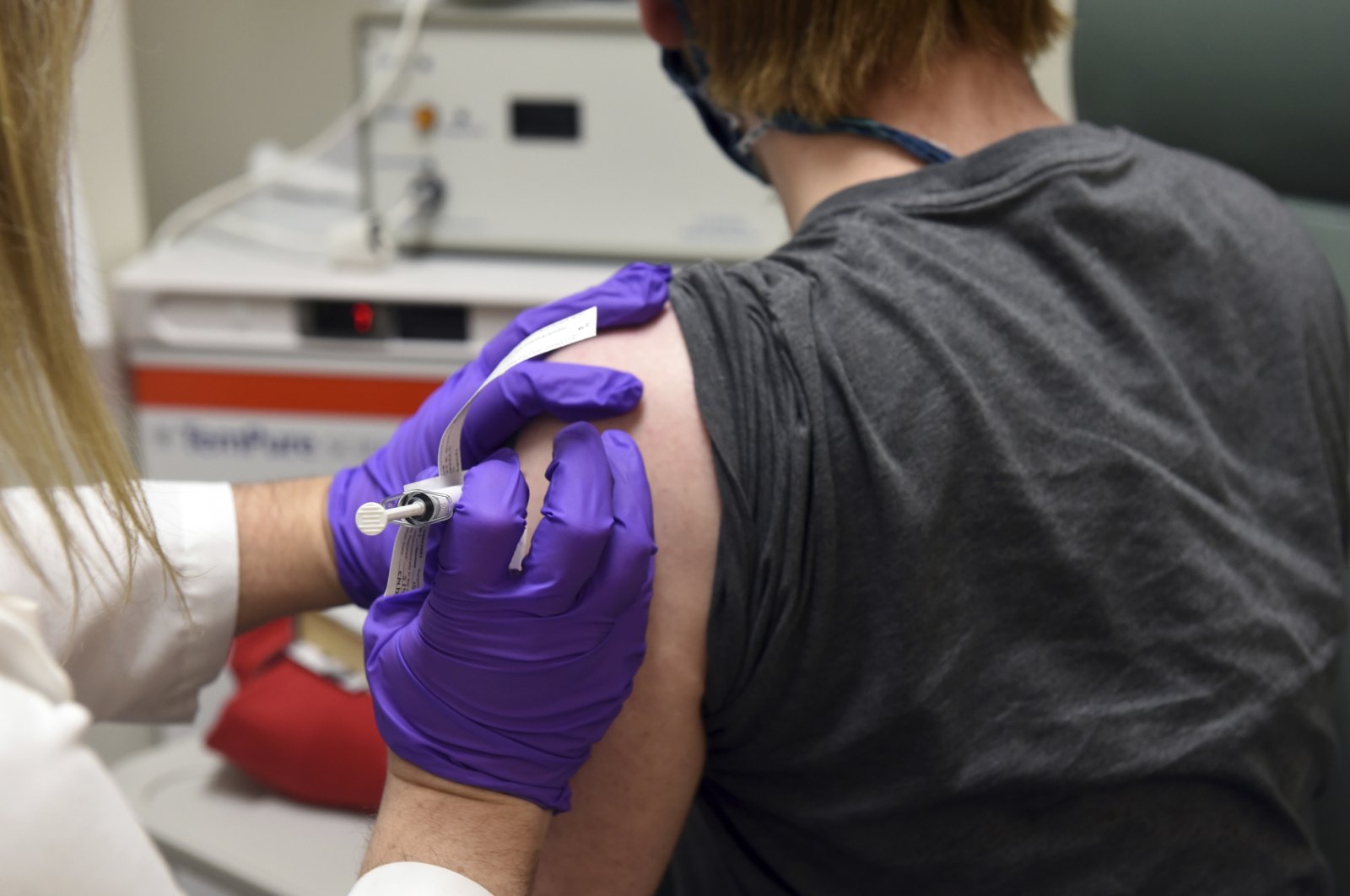 Pfizer Inc. on Monday said its experimental vaccine was more than 90% effective in preventing COVID-19 based on initial data from a large study, a major victory in the fight against a pandemic that has killed over 1 million people, roiled the world's economy and upended daily life.

If authorized, the number of vaccine doses will initially be limited. Many questions also remain including how long the vaccine will provide protection. However, the news provides hope that other vaccines in development against the novel coronavirus may also prove effective.

"Today is a great day for science and humanity," Albert Bourla, Pfizer's chairman and chief executive, said in a statement. "We are reaching this critical milestone in our vaccine development program at a time when the world needs it most with infection rates setting new records, hospitals nearing over-capacity and economies struggling to reopen."

Pfizer expects to seek broad U.S. emergency use authorization of the vaccine for people aged 16 to 85. To do so, it will need to have collected two months of safety data on around half of the study's roughly 44,000 participants, expected in late November.

"I'm near ecstatic," Bill Gruber, one of Pfizer's top vaccine scientists, said in an interview. "This is a great day for public health and for the potential to get us all out of the circumstances we're now in."

Pfizer said the interim analysis was conducted after 94 participants in the trial developed COVID-19, examining how many of them received the vaccine versus a placebo.

The company did not break down exactly how many of those who fell ill received the vaccine. Still, over 90% effectiveness implies that no more than eight of the 94 people who caught COVID-19 had been given the vaccine, which was administered in two shots about three weeks apart.

The efficacy rate is well above the 50% effectiveness required by the U.S. Food and Drug Administration for a coronavirus vaccine.

To confirm its efficacy rate, Pfizer said it will continue the trial until there are 164 COVID-19 cases among participants. Given the recent spike in U.S. infection rates, that number could be reached by early December, Gruber said.

The data have yet to be peer-reviewed or published in a medical journal. Pfizer said it would do so once it has the results from the entire trial.

Pfizer and BioNTech have a $1.95 billion contract with the U.S. government to deliver 100 million vaccine doses beginning this year. They have also reached supply agreements with the European Union, the U.K., Canada and Japan.

To save time, the companies began manufacturing the vaccine before they knew whether it would be effective. They now expect to produce up to 50 million doses or enough vaccine to protect 25 million people this year.

Pfizer said it expects to produce up to 1.3 billion doses of the vaccine in 2021.

The global race for a vaccine has seen wealthier countries forge multibillion-dollar supply deals with drugmakers like Pfizer, AstraZeneca Plc and Johnson & Johnson Inc., raising questions over when middle income and poorer nations will get access to inoculations.

The U.S. quest for a vaccine has been the Trump administration's central response to the pandemic. The United States has the world's highest known number of COVID-19 cases and deaths with more than 10 million infections and more than 237,000 fatalities.

President Donald Trump repeatedly assured the public that his administration would likely identify a successful vaccine in time for the presidential election, held last Tuesday. On Saturday, Democratic rival Joe Biden was declared the winner.

Vaccines are seen as essential tools to help end the health crisis that has shuttered businesses and left millions out of work. Millions of children whose schools were closed in March remain in remote learning programs.

Dozens of drugmakers and research groups around the globe have been racing to develop vaccines against COVID-19, which on Sunday exceeded 50 million infections since the novel coronavirus first emerged late last year in China.

The Pfizer and BioNTech vaccine uses messenger RNA (mRNA) technology, which relies on synthetic genes that can be generated and manufactured in weeks and produced at scale more rapidly than conventional vaccines.

Moderna Inc., whose vaccine candidate employs similar technology, is expected to report results from its large-scale trial later this month. The mRNA technology is designed to trigger an immune response without using pathogens, such as actual virus particles.

Pfizer alone will not have the capacity to immediately provide enough vaccines for the entire United States. The Trump administration has said it will have enough supply for all of the 330 million U.S. residents who wish to be vaccinated by the middle of 2021.

The U.S. government has said the vaccines will be provided for free to Americans, including the insured, uninsured and those in government health programs such as Medicare.