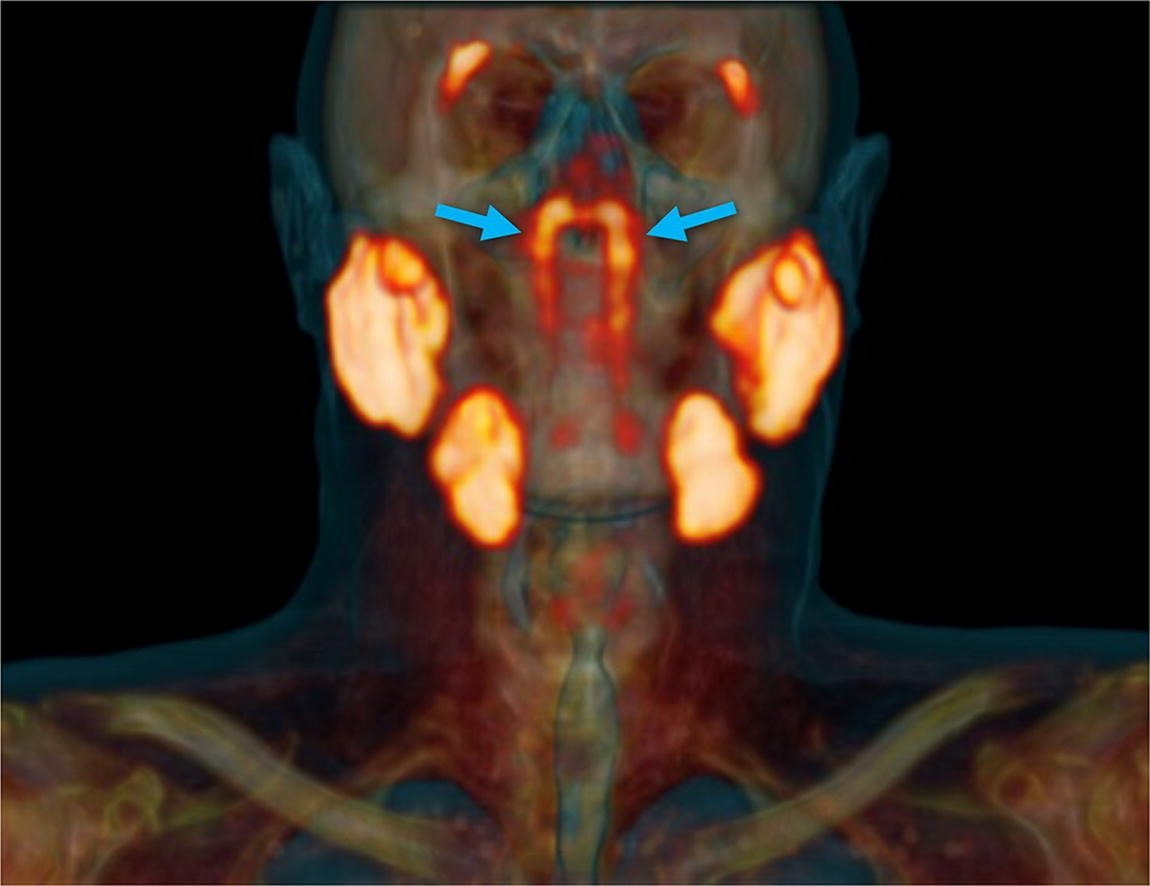 A three-dimensional representation of the PSMA PET/CT scan shows the location and extent of the tubarial glands in a random patient. (VALSTAR, ET. AL./RADIOTHERAPY AND ONCOLOGY)
by Anadolu Agency
Oct 21, 2020 12:10 pm

A group of Dutch researchers has discovered what may be a previously unidentified set of organs inside the human head.

The Netherlands-based scientists are proposing that the pair of glands be called "tubarial salivary glands." They are located in an area at the back of the throat known as the nasopharynx where it hits the nasal cavity. The researchers posted their findings in the September edition of the Radiotherapy and Oncology Journal.

The glands are small but visible to the human eye, but the location where they were found under the base of the skull "is not very accessible, and you need very sensitive imaging to detect it," Dr. Wouter Vogel, one of the study's authors, told The New York Times.

The discovery could help explain why patients who receive radiation therapy for cancers in the head or neck region commonly experience dry mouth and difficulty swallowing, Vogel added, noting that because they were not previously detected, "nobody ever tried to spare them."

Still, some scientists cast doubt on whether they should be considered unique new organs. Dr. Alvand Hassankhani, a radiologist at the University of Pennsylvania, told the Times that there are thousands of small salivary glands in the human head in addition to the three known major glands.

Hassankhani said the Dutch researchers may have simply found a better way to image the minor glands than was previously known.