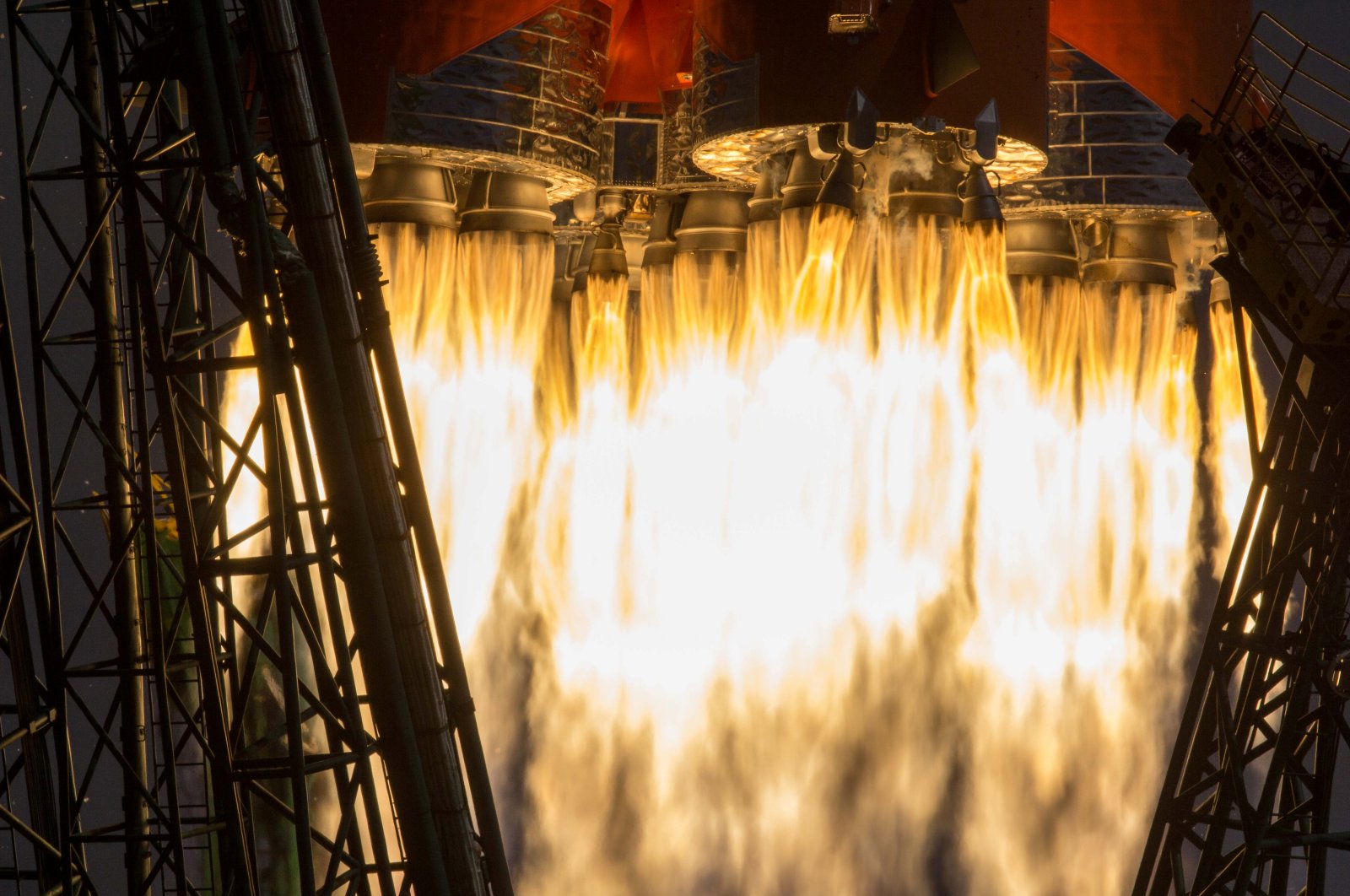 The Soyuz MS-16 spacecraft, carrying the crew consisting of Chris Cassidy of NASA, and Anatoly Ivanishin and Ivan Vagner of the Russian space agency Roscosmos, blasts off for the International Space Station (ISS) from the launchpad at the Baikonur Cosmodrome, Kazakhstan, April 9, 2020. (Roscosmos State Corporation for Space Activities handout via Reuters)
by German Press Agency - DPA May 25, 2020 3:14 pm

Russia plans to build a new space station because the current International Space Station will last only another decade at most, the head of the Russian space agency Roscosmos said in an interview published on Monday.

"It's still unclear whether it (the new station) will be international or national," Roscosmos chief Dmitry Rogozin said in comments carried by the Russian newspaper Komsomolskaya Pravda.

The International Space Station (ISS) will be operable for another seven to 10 years, Rogozin said.

The ISS, with segments built by Russia and the United States, has been in continuous use for the past two decades.

The orbiting laboratory has been a collaboration of mostly American and Russian crew members tasked with conducting scientific research that would be impossible on Earth's surface. It is a unique source of cooperation between these two rival powers.

Rogozin did not provide a timeline for the construction of Russia's new space station. He said the issue of whether it would host international crews would be decided in the near future.

"The technical preparations are supposed to start now," Rogozin said.