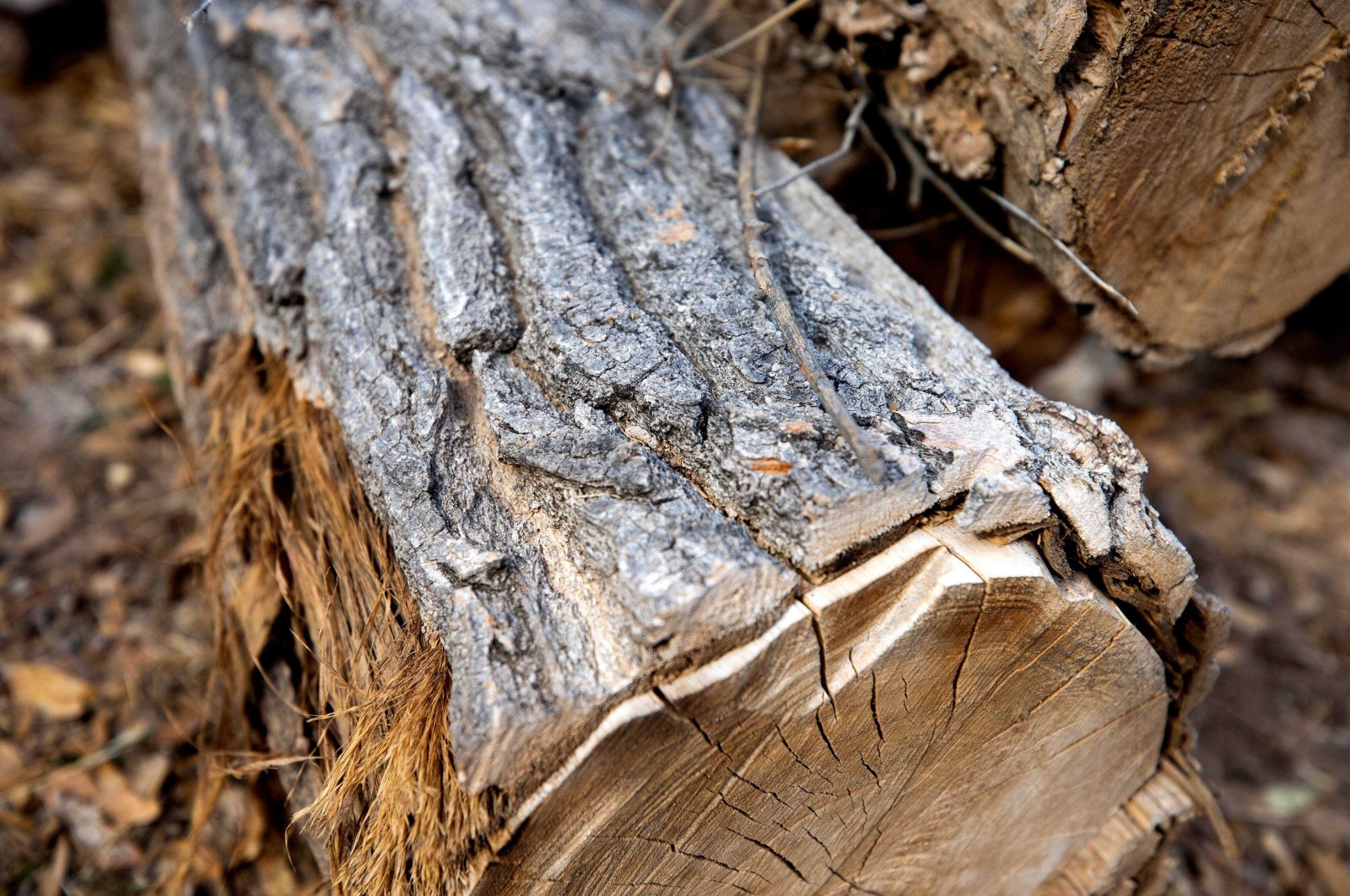 Wendsler Nosie Sr., leader of Apache Stronghold drops off wood for a sweat lodge at Oak Flat. The group recently sued the U.S. Forest Service to stop the federal government from clearing the way for a copper mine on the land held sacred by the Apache and other Arizona tribes. Resolution Copper wants to extract the copper from Oak Flat, a campground that is part of the Tonto National Forest near Superior. The method of extraction that the mining company wants to use will eventually create a giant sinkhole.Oak Flat
by DAILY SABAH WITH AA Feb 09, 2021 11:30 am
RECOMMENDED

Researchers at the University of Maryland in the United States have developed a new way to produce sheets of wood that are transparent and also stronger and lighter than glass while being nearly as clear.

Wood is essentially composed of two basic ingredients cellulose and lignin. Cellulose is tiny fibers and lignin is the bonds that keep these fibers together and resists compression. According to the Canadian Broadcasting Corporation (CBC), the new type of wood is developed using a method that modifies the lignin elements of the wood, which give color, instead of removing it completely to make it transparent.

The method involves brushing hydrogen peroxide, which is often used as a disinfectant, over the surface of the wood and then leaving it under a UV lamp designed to simulate natural sunlight. After soaking the wood in ethanol to remove any remaining gunk, the pores in the wood are filled with clear epoxy, a step that is also part of making lignin-free transparent wood.

The final product is wood that allows more than 90% of light to pass through. According to the study published in the Science Advances journal, the modified wood is more than 50 times stronger than other transparent woods developed with methods involving the complete removal of lignin.

Liangbing Hu of the University of Maryland, who created the new method with his colleagues, said that he believed the new type of wood could be even used to make transparent houses. “The transparent wood is lighter and stronger than glass. It could be used for load-bearing windows and roofs. It can be potentially used to make a see-through house,” Hu stated.

The new technique offers better insulation than glass and provides energy-saving alternatives. It also means that transparent wood, which required dangerous chemicals, high temperatures and was significantly time-consuming and expensive to produce, can now be made more easily and cheaper.