Self-isolation in space: Crew blasts off for ISS despite COVID-19 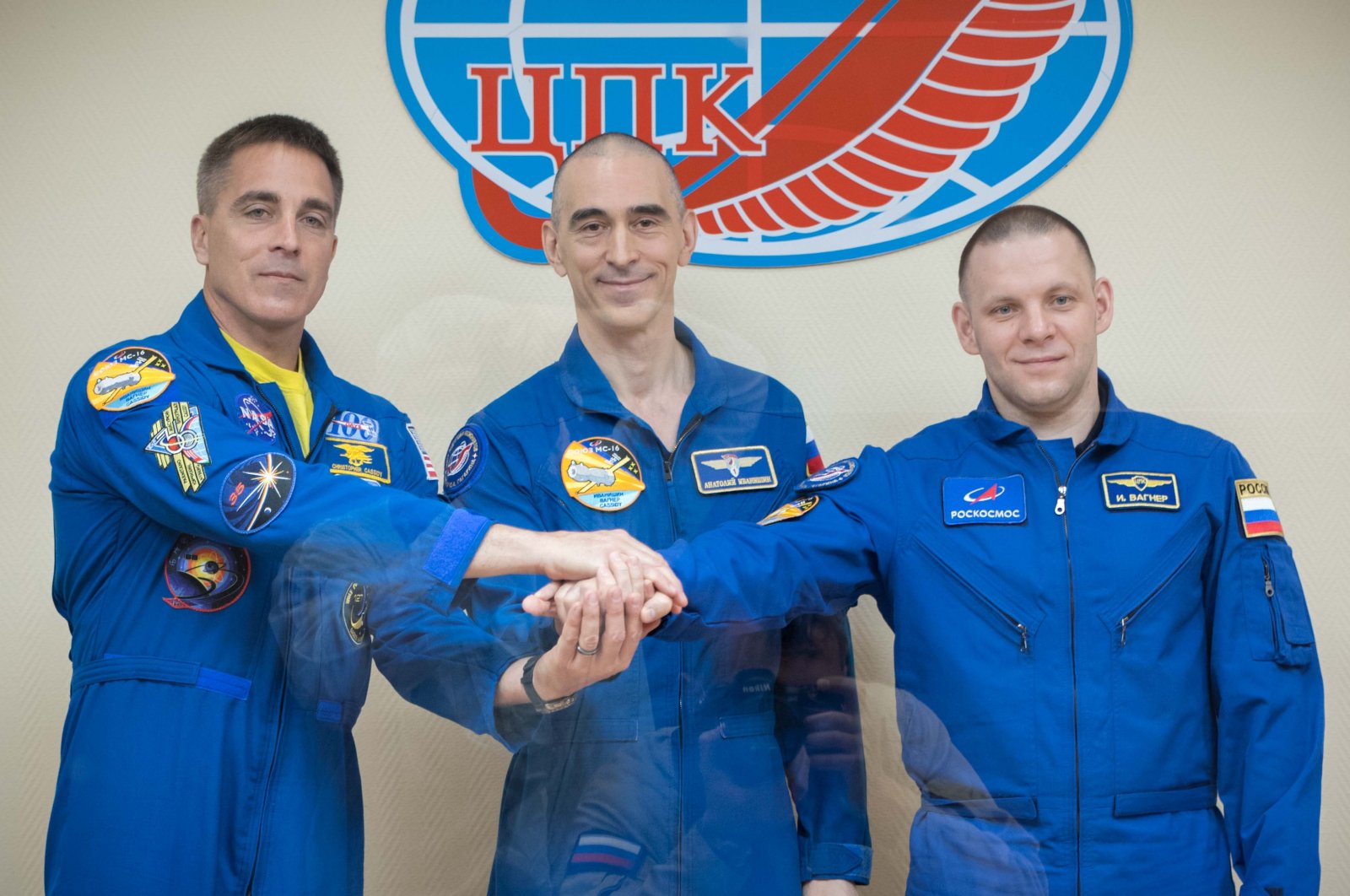 Looking out for Armageddon: Studies to protect Earth from asteroids

A three-man crew successfully blasted off to the International Space Station (ISS) Thursday, footage on NASA television showed, leaving behind a planet overwhelmed by the coronavirus pandemic.

Anatoly Ivanishin and Ivan Vagner of Russia's Roscosmos space agency and NASA's Chris Cassidy left at 1:05 p.m (0805 GMT) from Russia's Baikonur Cosmodrome in Kazakhstan, where COVID-19 has caused changes to pre-launch protocol. Their Soyuz MS-16 spacecraft is set to dock at the station at the station six hours later.

Under usual circumstances, the departing crew would face questions from a large press pack before being waved off by family and friends.

Neither will be present this time around because of travel restrictions imposed over the virus, although the crew did respond to emailed questions from journalists in a Wednesday press conference.

Cassidy, 50, admitted the crew had been affected by their families not being able to be in Baikonur for their blastoff to the ISS.

"But we understand that the whole world is also impacted by the same crisis," Cassidy said.

Astronauts routinely go into quarantine ahead of space missions and give a final press conference at Baikonur from behind a glass wall to protect them from infection.

That process began even earlier than usual last month as the trio and their reserve crew hunkered down in Russia's Star City training center outside Moscow, eschewing traditional pre-launch rituals and visits to the capital.

Roscosmos said on Tuesday that cosmonaut Oleg Skripochka will fly to Russia from the cosmodrome, rather than from the usual staging post of Karaganda airport, when he returns to Earth from the ISS later this month.

NASA has not yet confirmed travel plans for Andrew Morgan and Jessica Meir, who will be departing the ISS along with Skripochka on April 17.

The ISS typically carries up to six people at a time and has a livable space of 388 cubic meters (13,700 cubic feet) – larger than a six-bedroom house, according to NASA.

Those dimensions will sound enviable to many residents of Earth, more than half of whom are on various forms of lockdown as governments respond to COVID-19 with drastic measures.

But residents of the ISS frequently feel lonely and crave the comforts of home.

In recent weeks, astronauts and cosmonauts on the ISS and on Earth have been sharing tips on coping with self-isolation.

In a piece for The New York Times last month, NASA's Scott Kelly said his biggest miss during almost a year in space was nature, "the color green, the smell of fresh dirt and the feel of warm sun on my face".

While recommending fresh air walks for those still able to enjoy them, Kelly also said there was nothing wrong with people spending more time in front of a screen during isolation.

During his time aboard the ISS, he binge-watched "Game of the Thrones" twice and enjoyed frequent movie nights with the other crew, he wrote.

Two-time cosmonaut Sergey Ryazanskiy has become the face of a 10-week challenge that will see participants post videos of themselves completing physical exercises as part of a competition aimed at both youth and adults.

The initiative that Roscosmos is backing aims "to support people in a situation of isolation, instill a healthy lifestyle and thoughts through regular sports, without going out in public places," Ryazanskiy said in a video promoting the "Cosmos Training" challenge.

The International Space Station is a rare example of cooperation between Russia and the West that has been orbiting Earth at about 28,000 kilometers per hour (17,000 miles per hour) since 1998.

On Friday Russian President Vladimir Putin said that the US-Russian crew aboard the ISS is "an example of an effective partnership of our countries" as the world fights the pandemic, according to a Kremlin statement.

Looking out for Armageddon: Studies to protect Earth from asteroids