Some ancient crocs walked on 2 legs like dinosaurs, study says 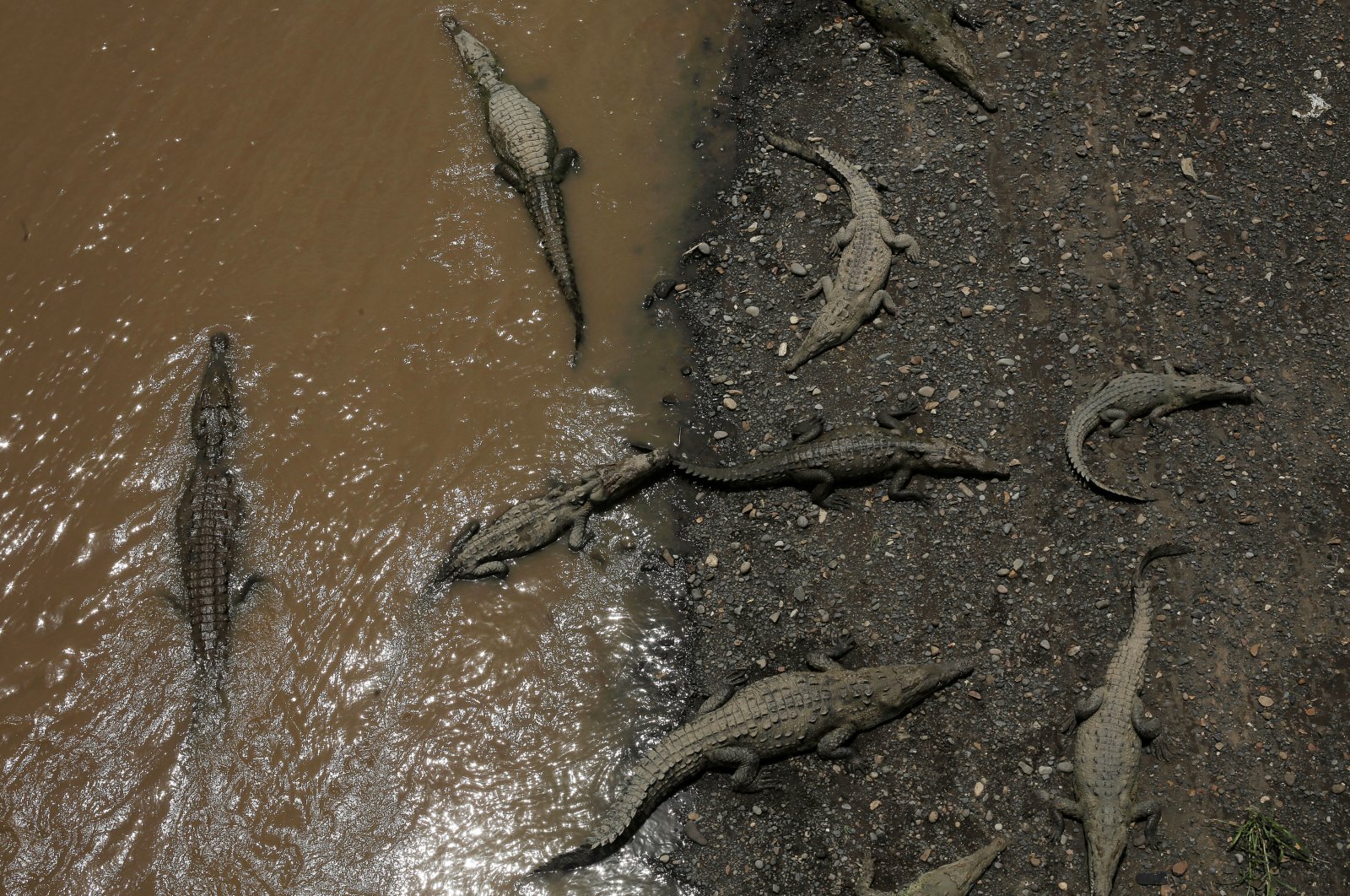 Large crocodiles are seen in the Tarcoles River, a river with one of the highest crocodile populations in the world, in Tarcoles, province of Puntarenas, Costa Rica, July 16, 2019. (Reuters Photo)
by German Press Agency - DPA Jun 12, 2020 12:46 pm
RECOMMENDED

Some species of ancient crocodiles walked on their two hind legs like dinosaurs, a scientific study has found.

The discovery published in the journal Scientific Reports late Thursday was made by a group of researchers, including Australian and South Korean scientists, who analyzed nearly 100 fossilized footprints dating back 110 million to 120 million years.

Sets of footprints found in present-day South Korea were initially thought to belong to an ancient flying reptile called a pterosaur, the ancestor of modern birds, but the researchers now believe they belong to crocodiles that walked on the earth.

"At one site, the footprints were initially thought to be made by a giant bipedal pterosaur walking on the mudflat, we now understand that these were bipedal crocodile prints," said one of the authors, Anthony Romilio, a paleontologist at the University of Queensland.

"The footprints measure around 24 centimeters (9.4 inches), suggesting the track-makers had legs about the same height as human adult legs."

"And while footprints were everywhere on the site, there were no handprints," Romilio said Friday in a statement.

The lead author, Kyung Soo Kim from South Korea's Chinju National University of Education, said the trackways "are very narrow looking – more like a crocodile balancing on a tightrope," instead of a typical crocodile walk that creates wide trackways.

"When combined with the lack of any tail-drag marks, it became clear that these creatures were moving bipedally," he said.

Also, the footprints were not similar to those made by dinosaurs that walk on their toes. Kyung said, "Crocodiles walk on the flat of their feet leaving clear heel impressions like humans do."