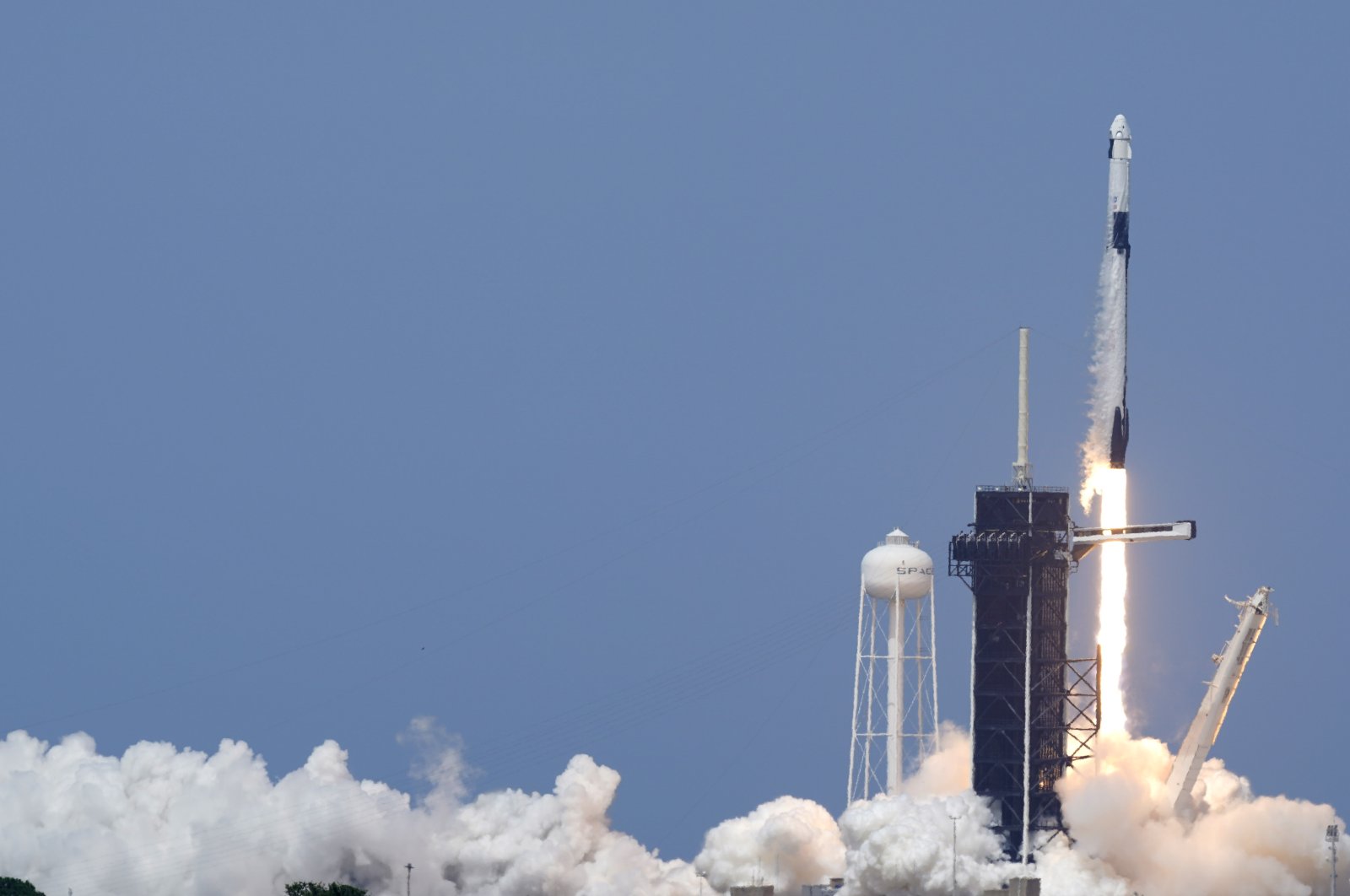 A rocket built by Elon Musk’s SpaceX company thundered away from Earth with two Americans onboard Saturday, ushering in a new era of commercial space travel and seeing NASA once again launch astronauts into space from U.S. soil after a hiatus of almost a decade.

The two-stage SpaceX rocket carrying astronauts Robert Behnken and Douglas Hurley onboard blasted off smoothly in a cloud of orange flames and smoke from Launch Pad 39A at Florida's Kennedy Space Center, setting off on a 19-hour voyage to the International Space Station.

The first manned flight from U.S. soil since the space shuttle program ended in 2011 had originally been scheduled for Wednesday, but was delayed due to weather conditions,

The mission's first launch attempt on Wednesday was called off with less than 17 minutes remaining on the countdown clock due to stormy weather around the Kennedy Space Center at Cape Canaveral.

The forecast for Saturday was likewise precarious. Mission managers plan to make an earlier decision on weather hazards in a bid to avoid unnecessarily wearing out the crew with another suit-up and full day of launch preparations.

Barring weather or other unforeseen problems, the 24-story-tall SpaceX Falcon 9 rocket is due to lift off at 3:22 p.m. EDT, propelling astronauts Doug Hurley and Bob Behnken aloft on a 19-hour ride to the International Space Station.

They will be carried there inside the newly designed Crew Dragon capsule, making its first flight into orbit with humans aboard.

The launchpad is the same one used by NASA's final space shuttle flight, piloted by Hurley, in 2011. Since then, NASA astronauts have had to hitch rides into orbit aboard Russia's Soyuz spacecraft from CIS bases.

Bridenstine has said that resuming launches of American astronauts on American-made rockets from U.S. soil is the space agency's top priority.

For Musk, the launch represents another milestone for the reusable rockets his company pioneered to make spaceflight less costly and frequent. And it would mark the first time that commercially developed space vehicles – owned and operated by a private entity rather than NASA – have carried Americans into orbit.

The last time NASA launched astronauts into space aboard a brand new vehicle was 40 years ago at the start of the shuttle program.

If the mission is scrubbed again, the next launch window would be Sunday afternoon, with weather forecasts appearing somewhat more favorable for that day.

Musk, the South African-born high-tech entrepreneur who made his fortune in Silicon Valley, is also the CEO of the electric carmaker and battery manufacturer Tesla Inc. He founded Hawthorne, California-based SpaceX, formally known as Space Exploration Technologies, in 2002.

Hurley, 53, and Behnken, 49, NASA employees under contract to fly with SpaceX, are expected to remain at the space station for several weeks, assisting a short-handed crew aboard the orbital laboratory.

Aerospace giant Boeing Co, producing its own launch system in competition with SpaceX, is expected to fly its CST-100 Starliner vehicle with astronauts aboard for the first time next year. NASA has awarded nearly $8 billion to SpaceX and Boeing combined for the development of their rival rockets.