Subsurface ocean on Jupiter's icy moon Europa 'could be habitable' 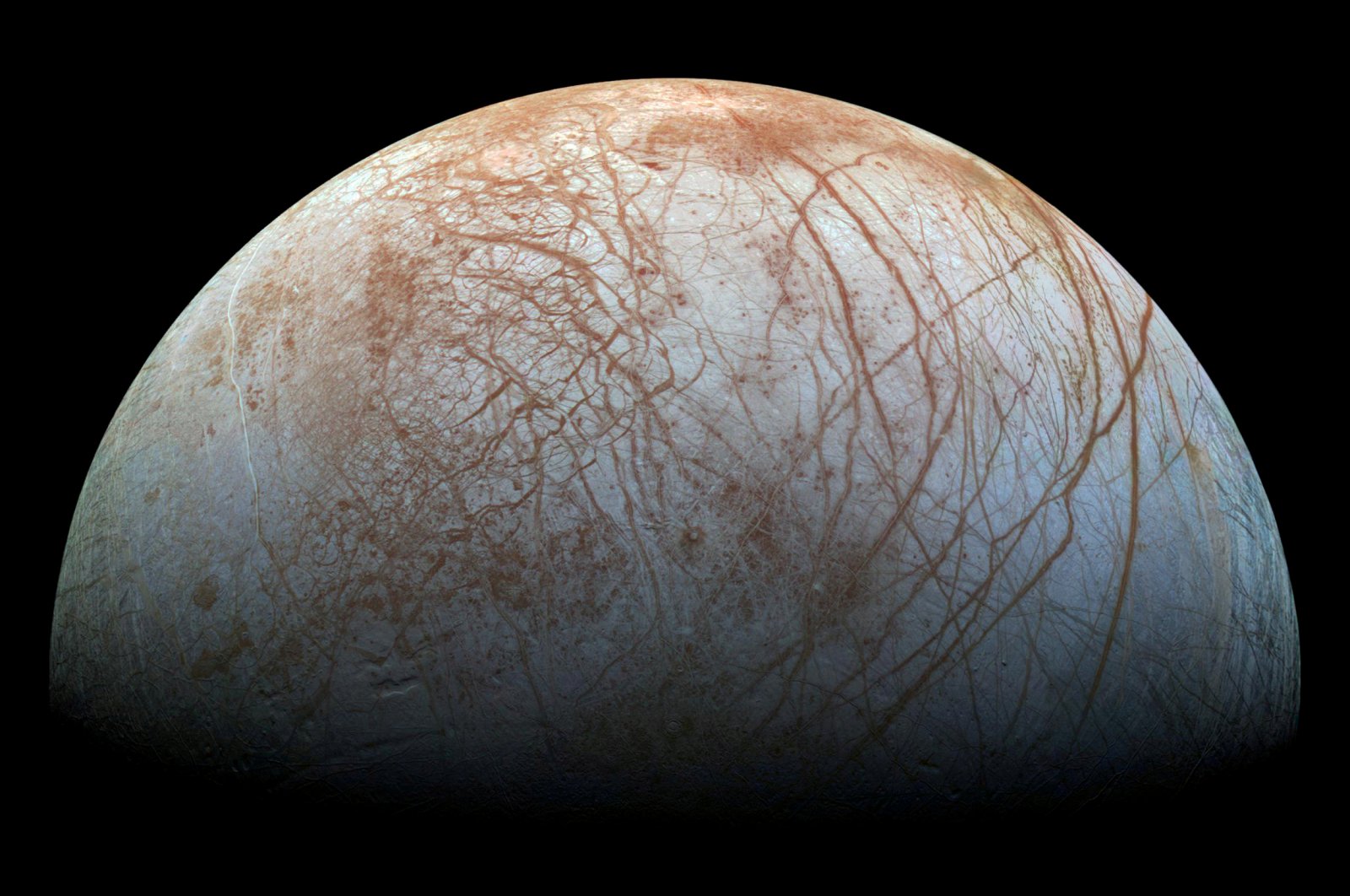 A view of Jupiter's moon Europa created from images taken by NASA's Galileo spacecraft in the late 1990s, obtained by Reuters, May 14, 2018. (NASA / JPL-Caltech / SETI Institute / Handout via Reuters)
by REUTERS Jun 25, 2020 11:50 am
Edited By Yasemin Nicola Sakay
RECOMMENDED

Scientists have figured out how the subsurface ocean on Jupiter's moon Europa may have formed and determined that this vast expanse of water may have been able to support microbial life in the past.

Europa, with an ocean hidden beneath a thick shell of ice, long has been viewed as a potential habitat for extraterrestrial life in our solar system, alongside other candidates such as Mars and Saturn's moon Enceladus. A new study presented on Wednesday at a geoscience conference underscores its potential.

Europa's ocean may have formed after water-rich minerals ejected their water thanks to heating caused by the decay of radioactive elements in its interior early in its history, the researchers found.

The effect of tides caused by Europa's gravitational interactions with Jupiter – the solar system's largest planet – and two other large Jovian moons, Io and Ganymede, also may have played a role.

"We think Europa's ocean may have been habitable early when it formed because our models show that the ocean's composition may have been only mildly acidic, containing carbon dioxide and some sulfate salts," said planetary scientist Mohit Melwani Daswani of NASA's Jet Propulsion Laboratory, the study's leader.

"The availability of liquid water is the first step to habitability. In addition, chemical exchange between the ocean and the rocky interior may have been significant in the past so potential life may have been able to use chemical energy to survive," Daswani said.

Europa is slightly smaller than Earth's moon. Europa's ocean, perhaps 40 to 100 miles (65 to 160 km) deep, may contain double the water of Earth's oceans.

The study evaluated whether Europa was previously habitable and did not examine its present habitability, a question the researchers are now exploring.

"A word of caution," Daswani said. "If a place is habitable, it does not mean that it is actually inhabited, just that the conditions could allow for the survival of some extremely hardy forms of life that we know of on Earth."