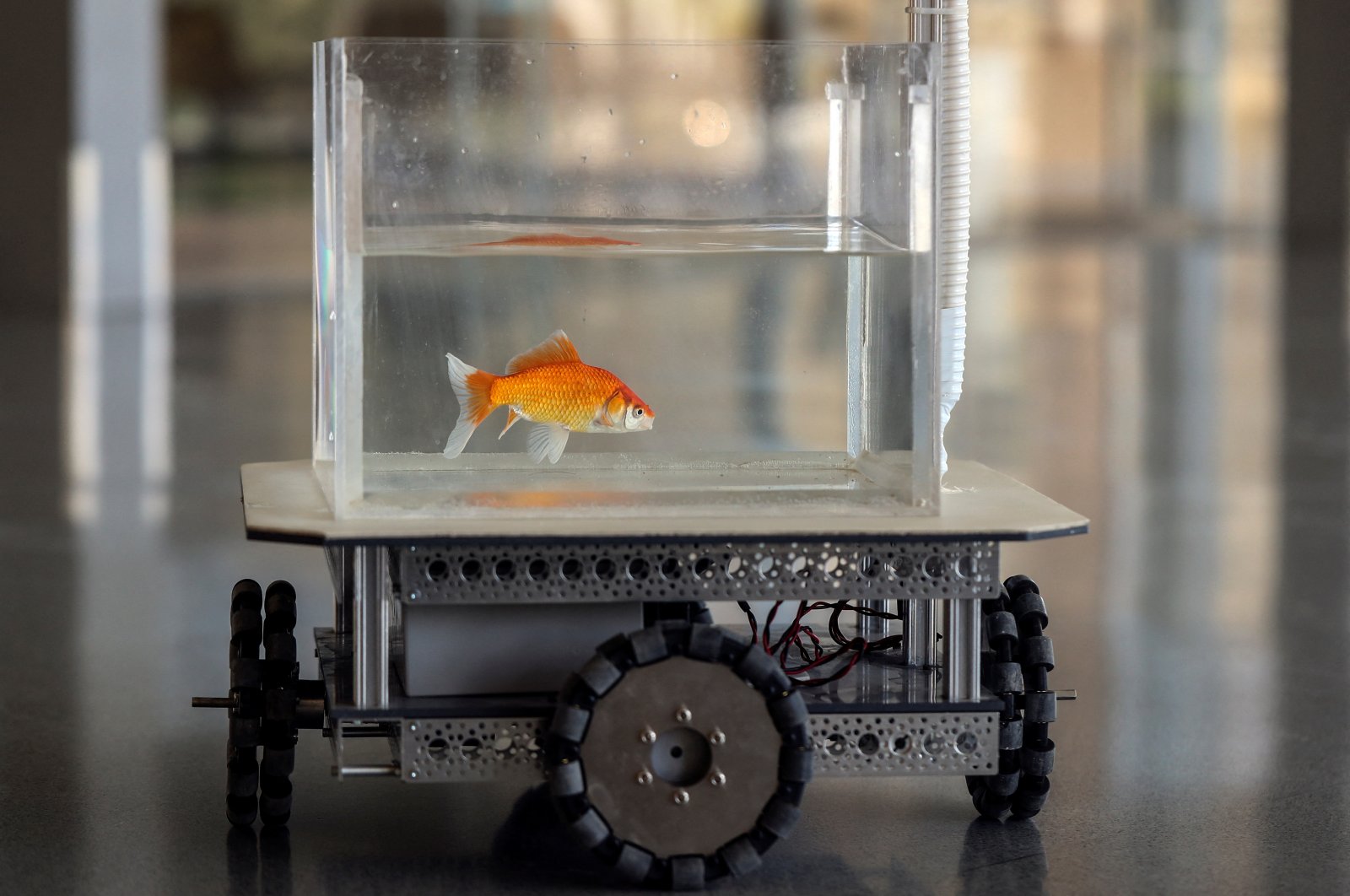 Goldfish might not be the smartest animal on our planet, however, they are capable of navigating on land, Israeli researchers have found, after training fish to drive.

The team at Ben-Gurion University developed a FOV – a fish-operated vehicle. The robotic car is fitted with lidar, a remote sensing technology that uses pulsed laser light to collect data on the vehicle's ground location and the fish's whereabouts inside a mounted water tank.

A computer, camera, electric motors and omni-wheels give the fish control of the vehicle.

"Surprisingly, it doesn't take the fish a long time to learn how to drive the vehicle. They're confused at first. They don't know what's going on but they're very quick to realize that there is a correlation between their movement and the movement of the machine that they're in," said researcher Shachar Givon.

Six goldfish, each receiving around 10 driving lessons, took part in the study. Each time one of them reached a target set by the researchers, it was rewarded with food.

And some goldfish are better drivers than others.

"There were very good fish that were doing excellent and there were mediocre fish that showed control of the vehicle but were less proficient in driving it," said biology professor and neuroscientist Ronen Segev.

Showing that a fish has the cognitive capability to navigate outside its natural environment of water can expand scientific knowledge of animals' essential navigation skills.

"We humans think of ourselves as very special and many think of fish as primitive, but this is not correct," said Segev. "There are other very important and very smart creatures."