To delay or not to delay: Is it safe to extend intervals between COVID-19 vaccine doses? 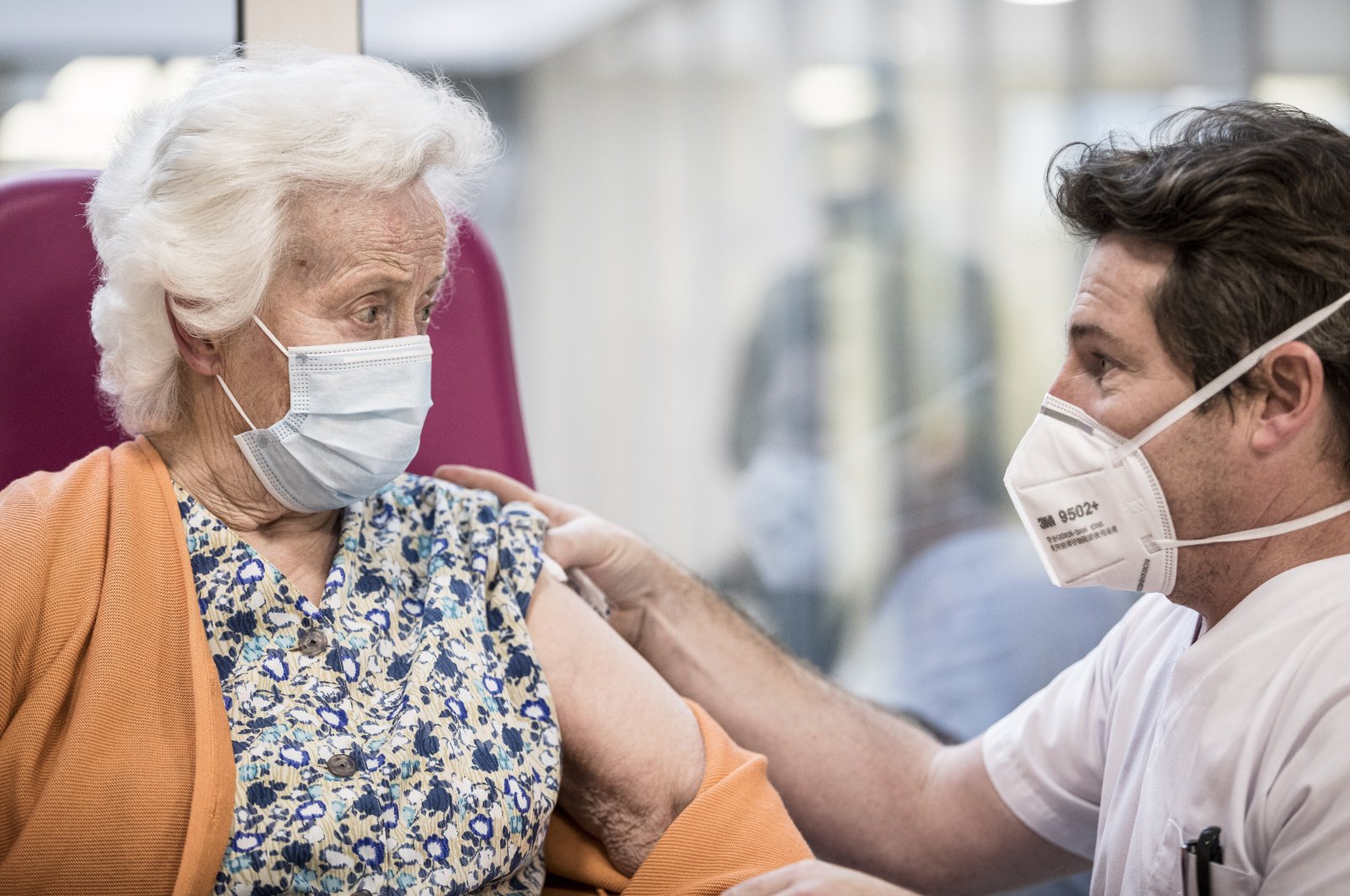 Many nations are considering ways to stretch scarce supplies of COVID-19 vaccines, including by delaying second doses, reducing dose sizes and switching vaccine types between the first and second shots. Turkey, for example, has announced that it will leave a 28-day gap between both doses, while the U.K. has said it will make people wait up to 12 weeks to get the second dose.

The proposals have generated fierce debate among scientists. The following is the rationale behind, and criticism of, these alternative strategies:

Why delay the second dose?

In clinical trials, companies tested specific doses of their vaccines at precise time intervals to generate evidence showing how well they work. All COVID-19 vaccines approved, so far, are designed to teach the immune system to recognize and defend against the virus with a first dose and then provide a second booster dose to reinforce that lesson.

Faced with surging pandemic and new, more transmissible coronavirus variants, some countries are hoping to broaden immunization by giving some protection to as many people as possible with a first dose and delaying second doses.

Maximizing the number of people who have partial immunity "should reduce the number of severe COVID-19 cases and thus alleviate the burden on hospitals," said Michael Head, a global health expert at the University of Southampton in the U.K.

What about switching between COVID-19 vaccines?

Mixing or switching between COVID-19 vaccines is largely driven by the same aim – vaccinating as many people as possible as the pandemic still rages. Giving a priming dose of one vaccine and a booster dose of another offers flexibility to offer whichever shots are available, rather than holding shots back so individuals always get both doses of the same vaccine.

But have these strategies been tested in rigorous trials?

No. None of the late-stage COVID-19 vaccine trials compared these dose-sparing strategies or the effects of mixing vaccine types, said Stephen Evans, a professor of pharmacoepidemiology at the London School of Hygiene & Tropical Medicine (LSHTM).

Officials have cited limited evidence from trials that the Pfizer/BioNTech, the Oxford University/AstraZeneca and the Moderna vaccines all confer some protection against COVID-19 after the first dose.

Britain's MHRA health regulator on Dec. 30 said it had found an 80% effectiveness rate for the Oxford/AstraZeneca vaccine when two full doses are administered three months apart, higher than the average that the developers themselves had found. A day later, the U.K. government's vaccine advisory committee said the Pfizer/BioNTech vaccine conferred 89% protection from two weeks after the first dose, and that for the Oxford/AstraZeneca vaccine "the evidence shows that the initial dose ... offers as much as 70% protection against the effects of the virus." It did not give detailed data.

Moderna reported its vaccine was 80% protective after one dose, with efficacy peaking two weeks after the first shot.

There is no long-term evidence that any of these vaccines will offer lasting immunity based on just one dose, or how effective they will be if the second dose is delayed.

BioNTech and Pfizer warned on Monday they had no evidence their vaccine would continue to provide protection if the second dose was given more than 21 days after the first.

Ideally, "it is safest and most cautious" to use vaccines in conditions exactly matching those of their trials, Evans said, but added: "In the real world, this is never so."

"We're going to keep doing what we're doing," he said.

Likewise, scientists have raised concerns over the idea of mixing two different types of vaccines. Some experts speculate that, because all of the vaccines target the same outer "spike" protein of the virus, they could work together to train the body to fight off the virus. But there is no evidence this approach will work.

"There is literally zero data. It has not been tested, or if it has been tested, the data have not been made available," said John Moore, a professor of microbiology and immunology at Weill Cornell Medical College in New York.

What about halving or reducing each dose?

In the U.S, some health officials are considering offering half doses of Moderna's vaccine to individuals aged 18 to 55. There is some clinical trial data backing this strategy.

Moncef Slaoui, chief adviser to the U.S. Operation Warp Speed vaccine program, told CBS on Sunday that evidence from a Moderna trial showed the half dose induced an "identical immune response" to the higher 100 microgram dose in adults aged 55 and under. He said the U.S. government was discussing the issue with Moderna and regulators.

Slaoui said he believed injecting half of the volume of the vaccine was "a more responsible approach that would be based on facts and data."

Several U.S. scientists agreed but noted the data was not publicly available. "It's very fuzzy. I want to see that data," said Eric Topol, a genomics expert and director of the Scripps Research Translational Institute in La Jolla, California.

Moderna Chief Executive Stephane Bancel said on Tuesday he does not believe existing data from trials on the efficacy of a half-dose version would be sufficient to convince regulators, doctors or governments to approve such a move.

"That data has not been published yet. It will be soon," Bancel said at a Goldman Sachs event.

"I don't see a world where that data is enough to convince the medical community, the (Vaccines and Related Biological Products Advisory Committee) and of course the agency (U.S. Food and Drug Administration), to move to 50 micrograms at this stage," he said.

Are these strategies safe and will they work?

It is not clear. While there is no scientific evidence on the impact of delaying COVID-19 vaccine doses, some experts believe it could be safe to wait, and the potential payoff in protecting a larger swath of the population may be worth it.

Others are not so sure. "There's just no data," said Ian Jones, a professor of virology at the U.K.'s Reading University.

The British Society of Immunology said in a statement on Monday that delaying a second dose by eight weeks "would be unlikely to have a negative effect on the overall immune response." It added that it would not expect any extra safety risks from the delay beyond the potential increased risk of contracting the disease during the gap between doses.

Some scientists also said that while there was no evidence to support the strategy of mixing vaccine doses from different manufacturers – a method known as heterologous prime-boost – evidence from other vaccines provided some reassurance.

"Based on previous studies which combine different vaccine types, a combination of the AstraZeneca and Pfizer vaccines is likely to be safe," said Helen Fletcher, a professor of immunology at LSHTM.

Topol, however, called the mix-and-match strategy "a big mistake" with "unpredictable" results – including the potential for adverse reactions or a significant dropoff in efficacy. "It makes no sense whatsoever," he said.

Some worry about safety issues, particularly with delaying the second dose for several weeks. The gap could allow time for the virus to evolve and develop resistance to the vaccine.

Weak antibody protection could also increase the risk of an abnormal immune response – such as antibody-dependent enhancement – when people encounter the real virus, Topol said.

How practical is it to prolong dosing schedules?

Extending the interval poses adherence risks, raising the chance people may forget or fail to return for a second dose. It also increases the length of time during which they are less than optimally protected. And it could make it harder for health authorities to keep track of who has had which vaccine, when and how often.

Given these risks, immunology and public health experts say clear communication is imperative to ensure people understand that although dosing schedules may be subject to change, two COVID-19 vaccine doses are needed to provide the best protection.