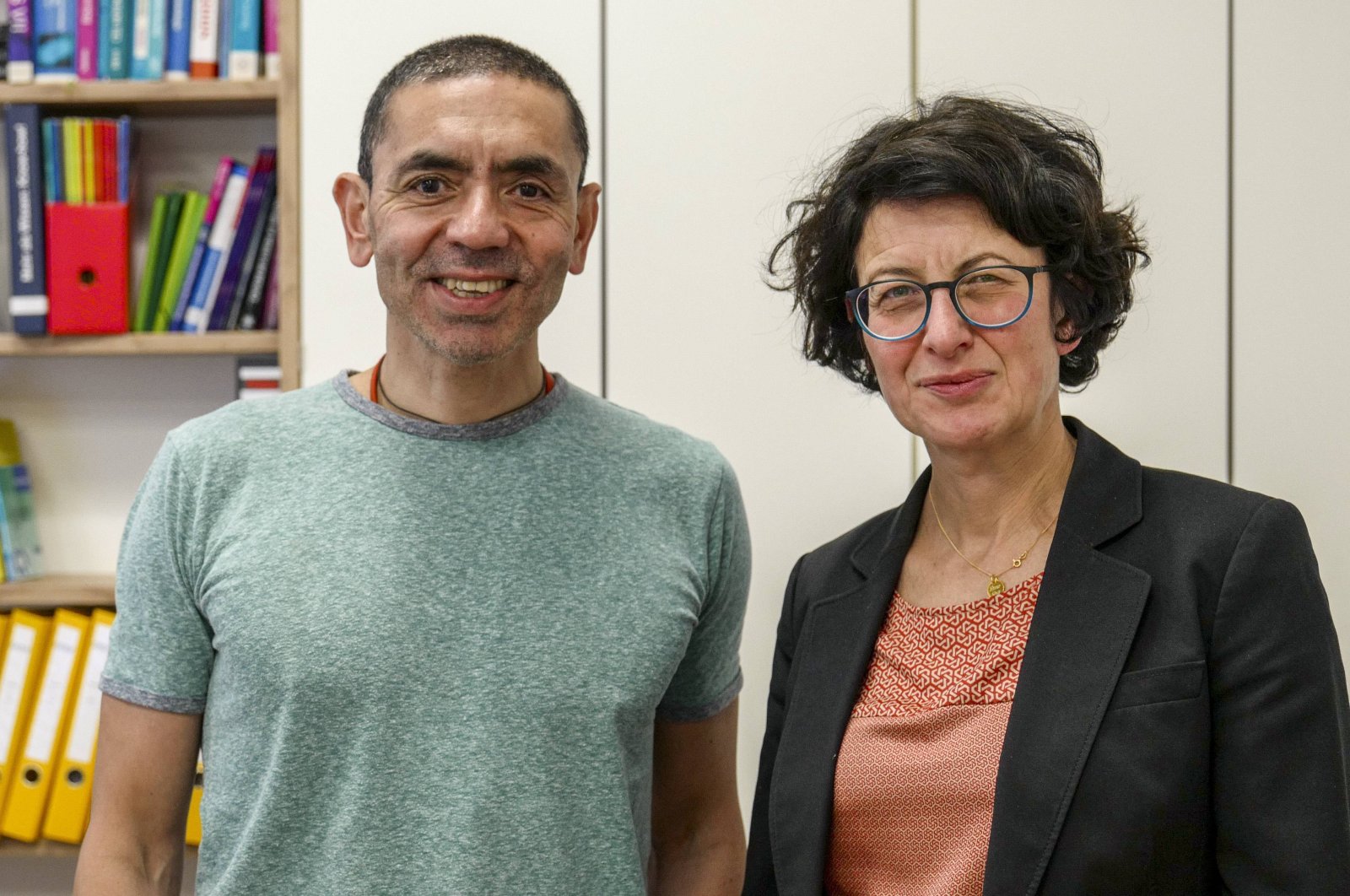 Uğur Şahin (L) is a scientist with more than 60 independent patents in a variety of fields, including life science and biotechnology. Dr. Özlem Türeci is a physician with over 20 years of cancer research experience. (Reuters Photo)
by Anadolu Agency Dec 16, 2020 5:43 pm
RECOMMENDED

Özlem Türeci and Uğur Şahin, the couple behind the Pfizer-BioNTech COVID-19 vaccine, were named the People of the Year by British daily, the Financial Times.

"By developing a COVID vaccine in less than a year, the couple achieved a remarkable scientific and business success," the FT said in an article Wednesday.

"We were nervous," Dr. Şahin told the daily.

"It is different when people are vaccinated for the first time outside a trial, in the real world setting," Şahin told the FT.

The pharmaceutical company BioNTech, which Dr. Uğur Şahin and his wife Dr. Özlem Türeci, founded in 2008, managed to develop an experimental vaccine together with its American partner Pfizer.

Şahin, who is BioNTech's CEO, announced positive results from the Phase 3 trials and expressed hope that their efforts would help bring an end to the global health crisis. Since the first announcement, which said the jab provided 90% protection against COVID-19, the rate has increased to 95%.

"As creators of the first vaccine to win approval by two of the world's most credible regulators, however, the FT's award has gone to Dr. Şahin and Dr. Türeci," the FT said.

"They are the symbol of a remarkable scientific and business success story."

The success of Şahin and Türeci, renowned scientists in the field of oncology and immunology in Germany, made headlines after the announcement both in local and international media outlets.

"The German couple behind the vaccine is an immigrant success story," British daily The Telegraph reported, highlighting that both scientists were from Germany's 3-million-strong Turkish community.

The German daily Der Tagesspiegel used the headline "How children of immigrants became multi-billionaires: The couple behind the corona-vaccine," while reporting their achievements and described this as an example of successful integration.

Türeci is the daughter of a Turkish physician, who emigrated to Germany from Istanbul. She studied medicine at the Saarland University Faculty of Medicine and become a pioneer in cancer immunotherapy in Germany.