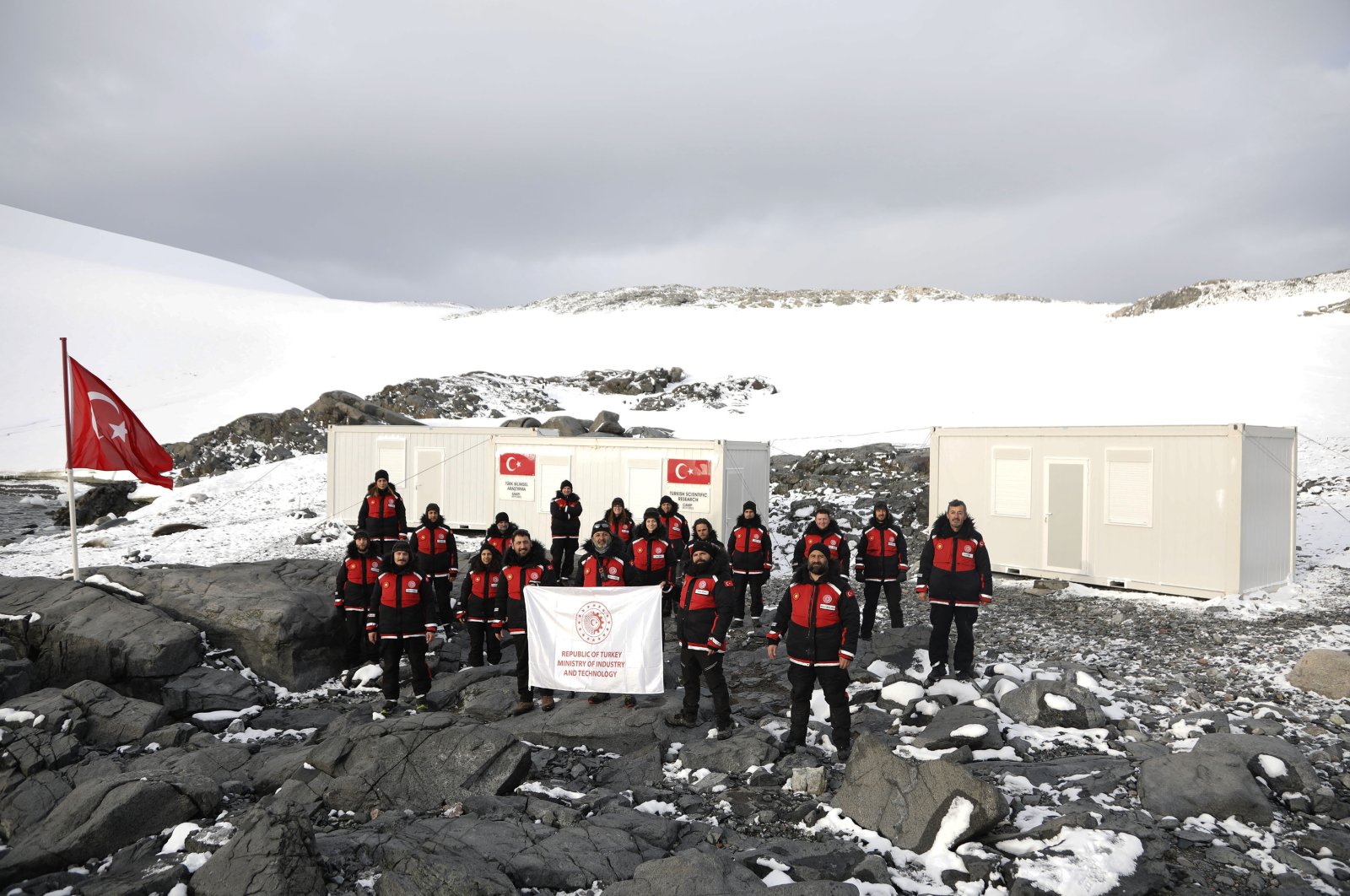 A Turkish team has completed their research by collecting stones, water, algae, ice and microscopic living samples in order to explore the hidden secrets of the Antarctic.

Industry and Technology Minister Varank said in a statement published Saturday that the projects had been successfully completed and that the scientists were already on their way back to Turkey.

The team has been working on the secrets of "the White Continent," conducting 15 projects involving earth, life and marine sciences.

Over the course of the expedition, cold winds dragged temperatures deep into the minuses, despite sunny weather, increasing the struggle for all involved. Antarctic Science Expedition leader Ersan Başar said despite the harsh conditions, however, the scientists were able to carry on with the task at hand, adding that: "It was a remarkable aspect of the trip that we suffered no problems in terms of the health of the scientists and that no accidents occurred."

"[Turkey] will contribute more to the world of science through research both underwater and on land," he noted.

He said when the team established a permanent base, Turkey have researchers remain encamped in the area for longer periods, thus contributing greater amounts to humanity. Since 2017, Turkish researchers working on the country's Antarctic Science Expedition have conducted numerous studies that have made pertinent inroads in scientific literature.