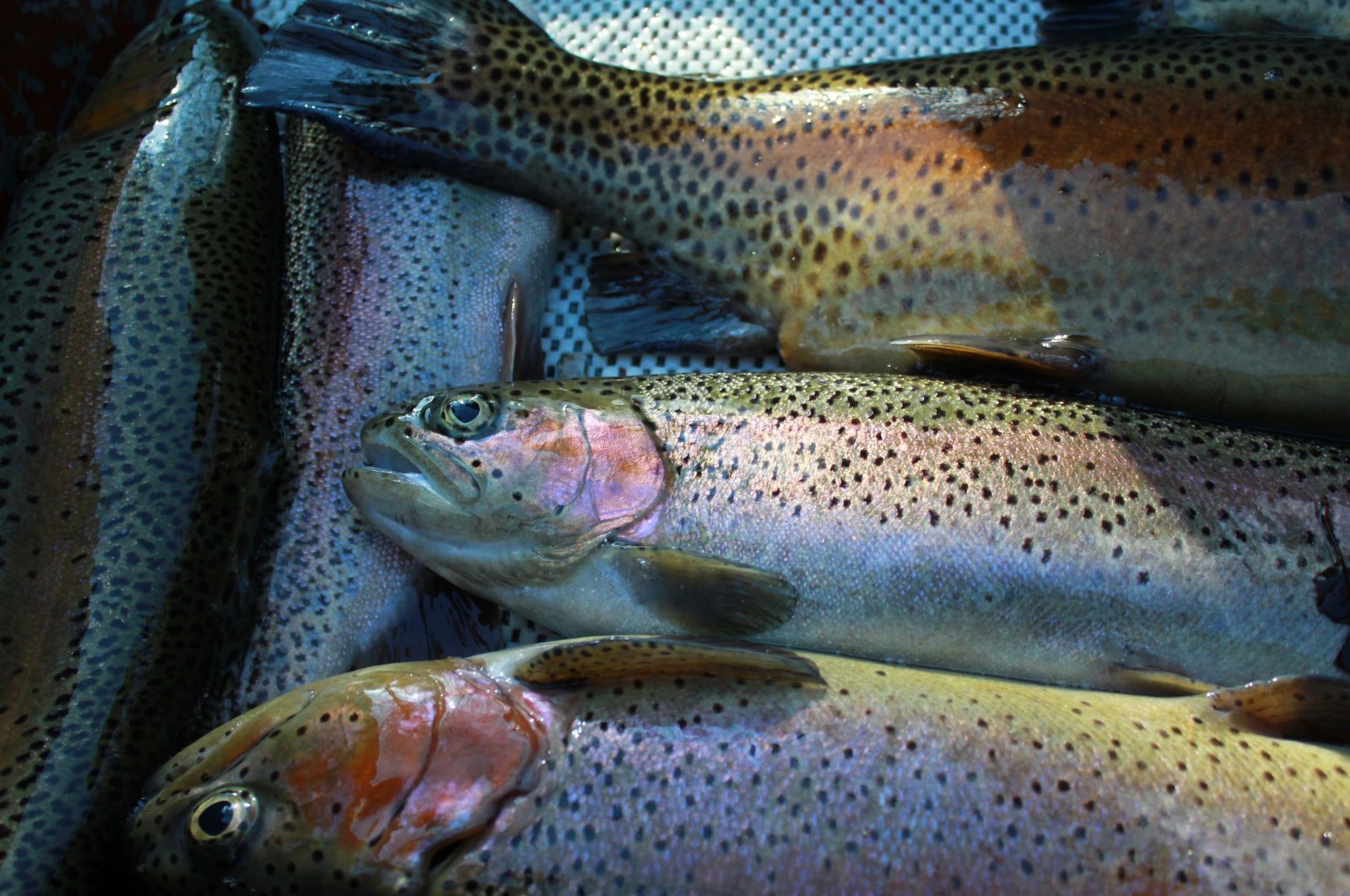 A veterinary professor at Bursa Uludağ University, and his team discovered the bacterium that can cause disease in rainbow trout, July 16, 2020. (DHA)
by Anadolu Agency Jul 16, 2020 10:06 pm

Turkish scientists have discovered a new species of bacteria that can cause diseases in rainbow trout.

Altun said Turkey has one of the highest capacities for rainbow trout farming in Europe.

He added that to ensure the sustainability of trout farming, the factors causing the disease should be determined and protection and control measures should be taken accordingly.

The discovery of Pseudomonas sivasensis was published in the scientific journal, Systematic and Applied Microbiology, Altun said.

"The bacteria was named Pseudomonas sivasensis after collaboration with Spanish researchers," he added.

He underlined that efforts were ongoing to identify and name different species of bacteria that cause illnesses in farmed fish to develop and administer vaccines.