Unhappy marriage can be deadly for men, finds new research 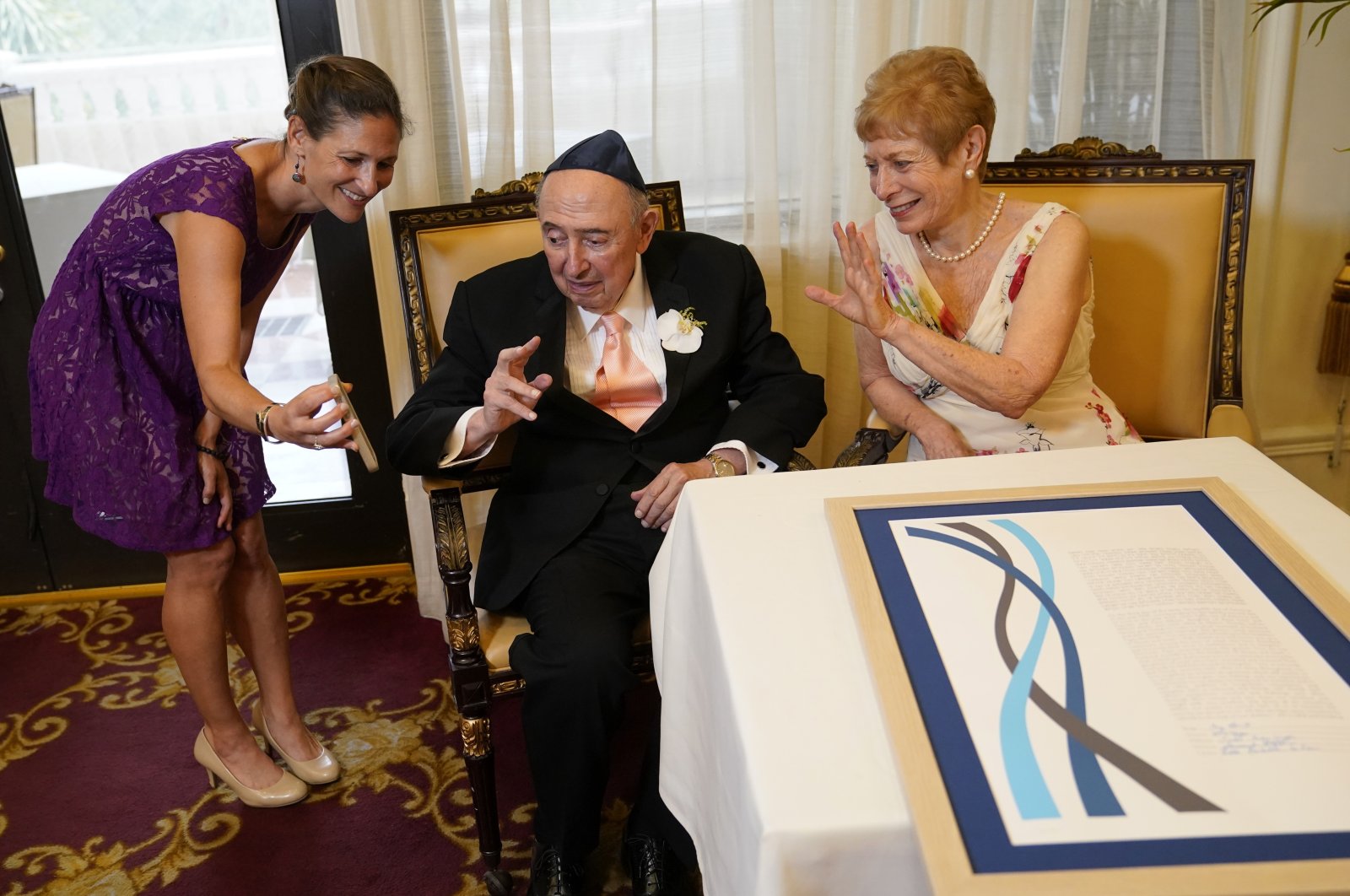 A couple wave to family members on a cell phone after signing the ketubah, a Jewish marriage contract, before their wedding ceremony at The Palace Coral Gables, a senior living residence, in Coral Gables, Florida, U.S., June 22, 2021. (AP Photo)
by DAILY SABAH Jun 24, 2021 4:49 pm
RECOMMENDED

According to a new study by Tel Aviv University conducted on a group of married men over the age of 30 in Israel, those who stated that they were unhappy in their marriage had a higher risk of losing their lives and a higher risk of stroke-related paralysis.

The study, published in the Journal of Clinical Medicine, analyzed the health data of the 8,945 male Israeli civil servants and municipal employees that were the subjects of the study.

They underwent an extensive appraisal of health and behavioral patterns and were followed for more than three decades.

The researchers asked the men to rate their marriage on a scale of one to four.

Men who classified their marriage as unhappy were more likely to suffer from death risk factors, especially stroke, compared to those who stated that they were happy.

The researchers also stated that the risk of death for those under 50 who were dissatisfied with their marriage was 39.4%, while this rate was 6.5% for those over 50.

“What we found, which is surprising, is that dissatisfaction among men with their marriage is a risk factor for death, of a similar magnitude to smoking, or men failing to exercise,” Dr. Shahar Lev-Ari, lead author of the study, told The Times of Israel.

The team behind the study urged health authorities to promote marital therapy to reduce the risks of marriage-related deaths.