'We only expected you to become a teacher': Turkish physicist wows parents with achievements 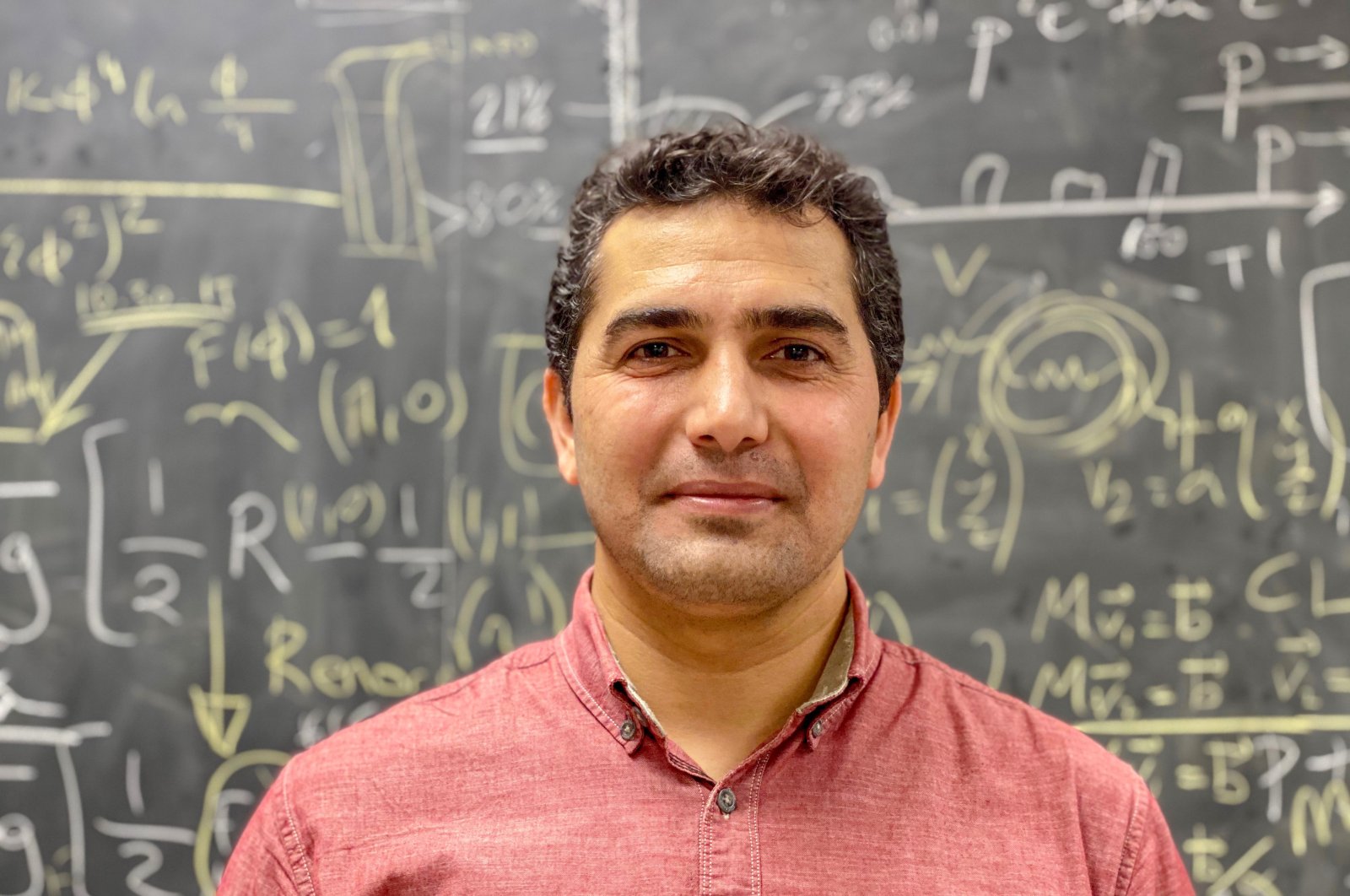 They say in certain cultures, parents have particularly high expectations for their children, especially in terms of academic discipline and career achievements. Turkish culture probably has a place on that list.

In fact, for some Turkish moms and dads, the biggest disappointment is when their child doesn’t end up choosing a high-paid, prestigious profession. The only acceptable choices in their eyes are being a doctor, an engineer, a lawyer or, as a last resort, a teacher.

But for the Tıraş family of Döşemealtı, in southern Antalya province, things were slightly different. Parents of four, Osman and Durkadın Tıraş had one expectation from Emrah, their youngest child: to become a regular teacher. Yes, they shared the same expectations that most Turkish parents do in that they wanted their child to be successful, but to succeed as a teacher would be enough.

Considering that they were not rich and were not exactly in the best place for the country's top educational institutions, their expectation seemed pretty fair.

Emrah had an average childhood and basic primary education. He did not have the opportunity to go to fancy private schools or the best state schools in the city center, far away from his home. Instead, he went to various town schools in and around their village up until age 14.

Then, when the time came for him to take the nationwide high school entrance exam to get into more elite schools in Turkey (called Anatolian High Schools at the time), he, unfortunately, missed the exam and enrolled at Karatay Super High School. As odd as the name sounds, these super schools had one extra year of English language study compared to normal schools – an addition that would prep Emrah for his bright future ahead.

Four years later came the dreaded university entrance exams. Like many students, Emrah didn’t get the points he expected. Now left to make a tough decision between staying and helping out his family with farmwork or going to a mediocre university and starting his higher education, Emrah decided that staying behind another year would just lose him time, so he set off toward Erzurum, hundreds of miles away from home, to study physics at Atatürk University.

After his first two years at the university, Emrah felt like he made the wrong decision. However, he persevered and kept working. In the last two years of his course, he was practically living at the library – working day and night to realize his newfound dream: to work at CERN, the European Organization for Nuclear Research.

After coming across a range of science books by the Scientific and Technological Research Council of Turkey (TÜBITAK) on subatomic particles as well as CERN and its projects, Emrah knew what he wanted to work on.

All of that hard work eventually paid off when he received a national scholarship to pursue his post-doctoral studies abroad. He wrote his Ph.D. dissertation at Iowa University on neutrino particles and the detector systems he developed for the Compact Muon Solenoid (CMS) at CERN. After testing these systems both at CERN and the Fermi National Accelerator Laboratory (Fermilab) near Chicago, Illinois, Emrah received an offer to work on the Accelerator Neutrino Neutron Interaction Experiment (ANNIE) and NuMI Off-axis and Appearance (NOvA) neutrino experiments at Fermilab, marking the beginning of a new chapter in his career.

Then came the day when Emrah and his wife welcomed their twin babies into this world and invited Emrah's parents to the U.S. to show them where he worked – and hopefully make them proud.

Needless to say, like anyone visiting one of the world's largest particle physics laboratories, Emrah's parents were, too, left astonished by the sights they saw.

What would you expect your mom to say if she were in the same situation? What Emrah's 66-year-old mother said became viral after he shared it on social media.

“We (just) expected you to become a teacher. But it looks like you have gone well above and beyond that, so I guess you will no longer be a teacher,” Emrah quoted his mother Durkadın as saying two years ago when they paid him a visit at Fermilab. Durkadın also said she was delighted to see her son achieve such great feats and was very pleased.

When they went down underground to see the lab where he worked, Osman said he was very surprised after he realized the significance of the place and how far Emrah had come. He said they were very proud and emotional.

"It turns out that he was climbing high, we just didn't know," he said.