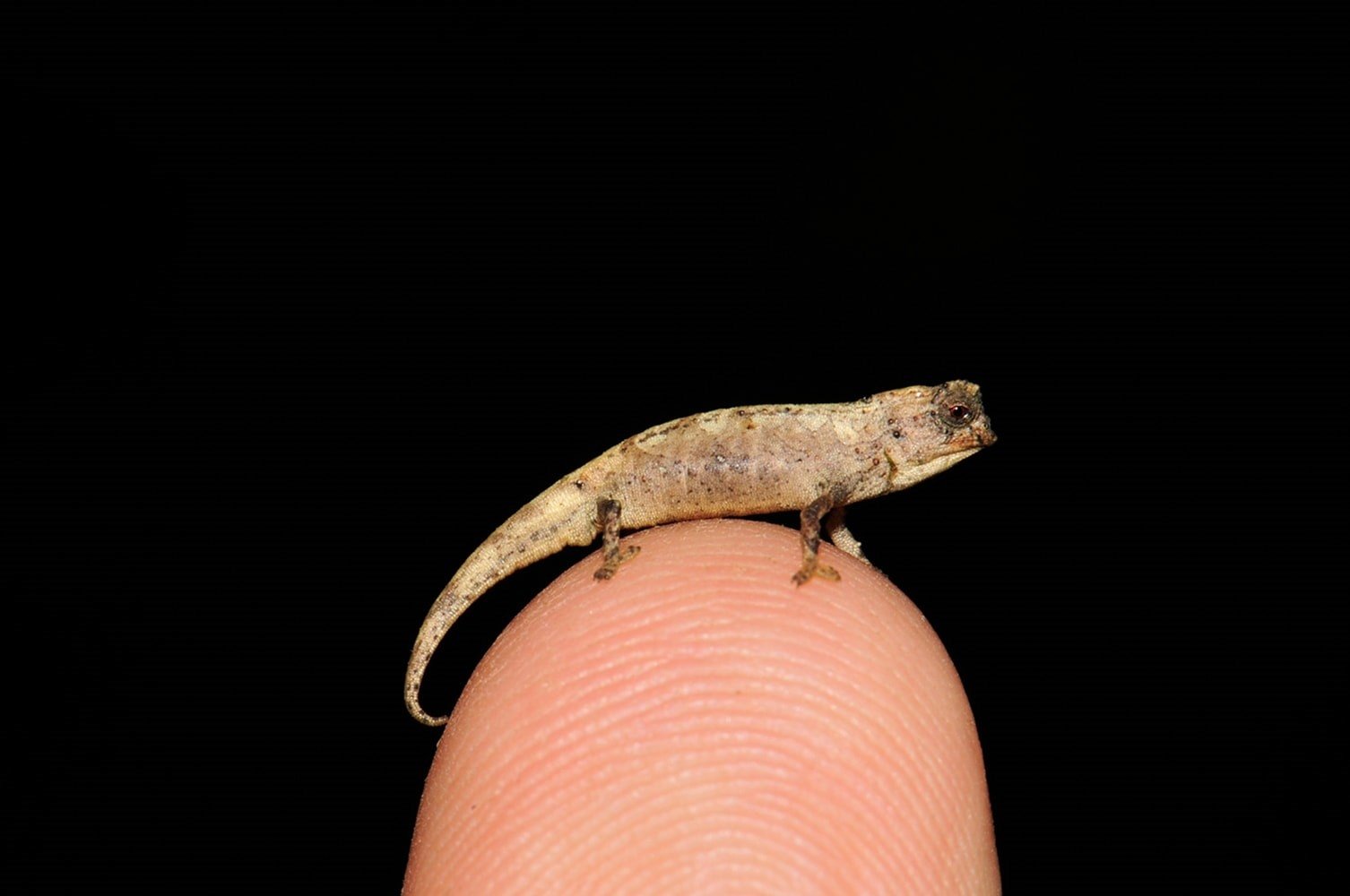 A German-Madagascan expedition team in northern Madagascar discovered two miniature lizards, one male and one female, both believed to be a sunflower seed-sized subspecies of chameleon that may well be the smallest reptile on Earth.

The male Brookesia nana, or nano-chameleon, has a body that is only 13.5 millimeters (0.53 inches) long, making it the smallest of all the roughly 11,500 known species of reptiles, the Bavarian State Collection of Zoology in Munich said. Its total length from nose to tail is just under 22 mm.

The female nano-chameleon is significantly larger, with an overall length of 29 mm, the research institute said, adding that the scientists were unable to find further specimens of the new subspecies "despite great effort." The species' closest relative is the slightly larger Brookesia micra, whose discovery was announced in 2012.

Scientists assume that the lizard's habitat is small, as is the case for similar subspecies. "The nano-chameleon's habitat has unfortunately been subject to deforestation, but the area was placed under protection recently, so the species will survive," Oliver Hawlitschek, a scientist at the Center of Natural History in Hamburg, said in a statement.