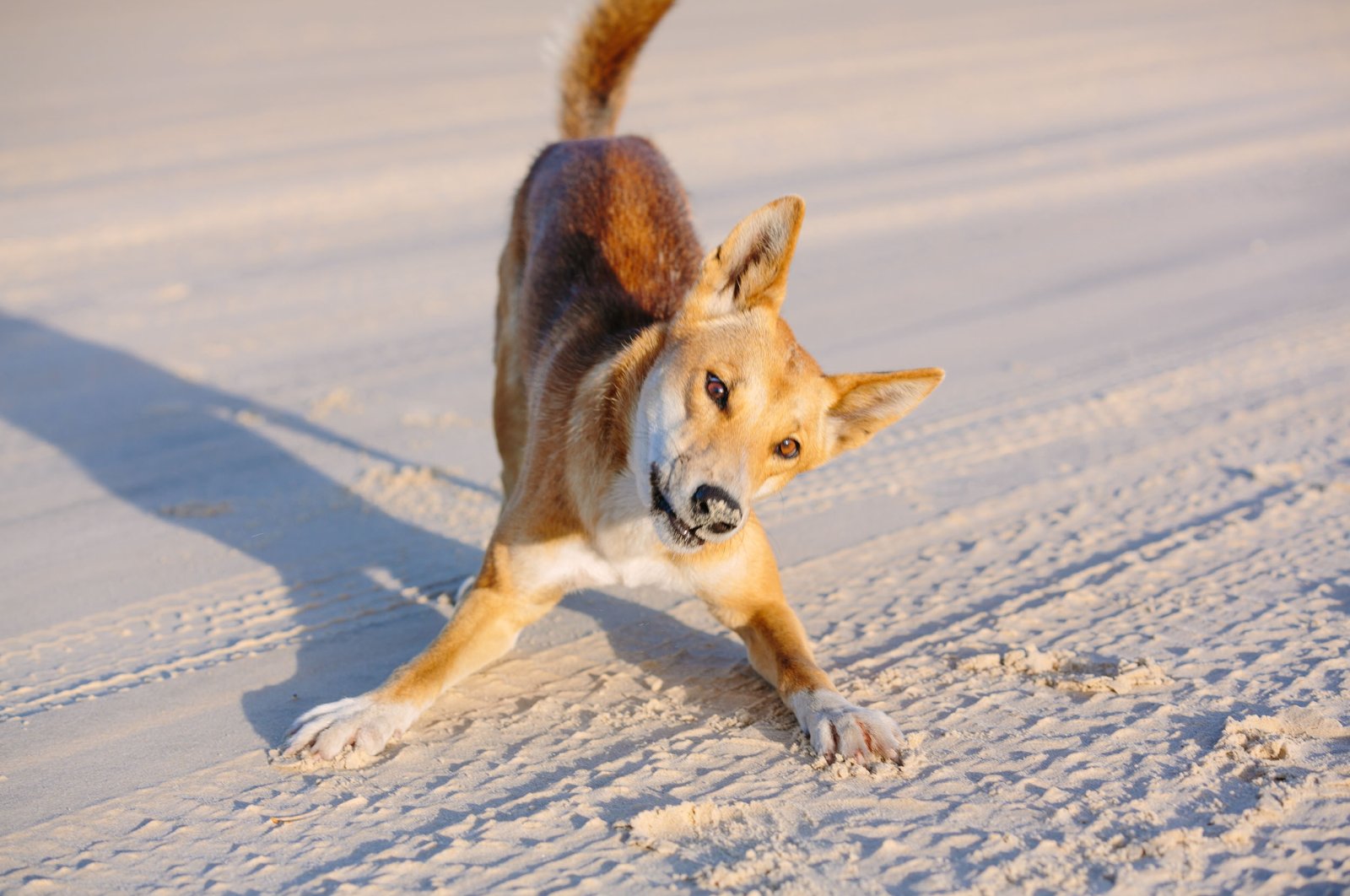 A camera fitted to a dingo, an ancient lineage of dog native to Australia, has captured the wild four-legged canine's daily life on Fraser Island for the first time, as authorities continue works to protect the animal and people in tourist hot spots.

From posing for snap-happy onlookers to scavenging on the pristine sand of the world heritage site off Queensland's coast, the collar camera captured the daily life of the dog, whose species is also known as wongari, in close-up detail, according to the Queensland Department of Environment and Science.

"This is superb footage and shows us where the wongari goes, how and where he finds food and water and gives us an intimate view of the time he spends with his mate," Ranger in Charge Linda Behrendorff said.

"We have never seen anything like this before, and it shows that wongari are opportunistic feeders, taking advantage of any food source they find."

The collar camera revealed the "secret life" of the dog over a month, following the animal across hundreds of kilometers in the island's north, Behrendorff said.

"Tracking collars are one of a number of management techniques we use to monitor wongari after increased risks of negative interactions or incidents with residents or visitors to the island," she said.

The program is part of increased efforts to track and manage dingoes after several children were bitten on the island in separate incidents earlier this year.

Queensland's government in May announced it would install a new fence to prevent the animals from entering the biggest township, with authorities warning that some dogs on the island had lost a natural fear of humans after being fed or eating food scraps.

Fraser Island is also known as K'gari, which means "paradise" in the local Butchulla people's language, and is listed as a world heritage site for its rainforests, freshwater dune lakes and complex system of dunes that are still evolving.

Native to Australia, dingoes drew international attention with the disappearance of baby Azaria Chamberlain at Uluru in 1980.

Although the baby's mother Lindy was convicted of murder and her father, Michael, as an accessory over the disappearance, the chance discovery of a piece of Azaria's clothing outside a dingo lair led their conviction to be overturned in 1988.

A court ruling in 2012 found that a dingo snatched the baby from a tent.