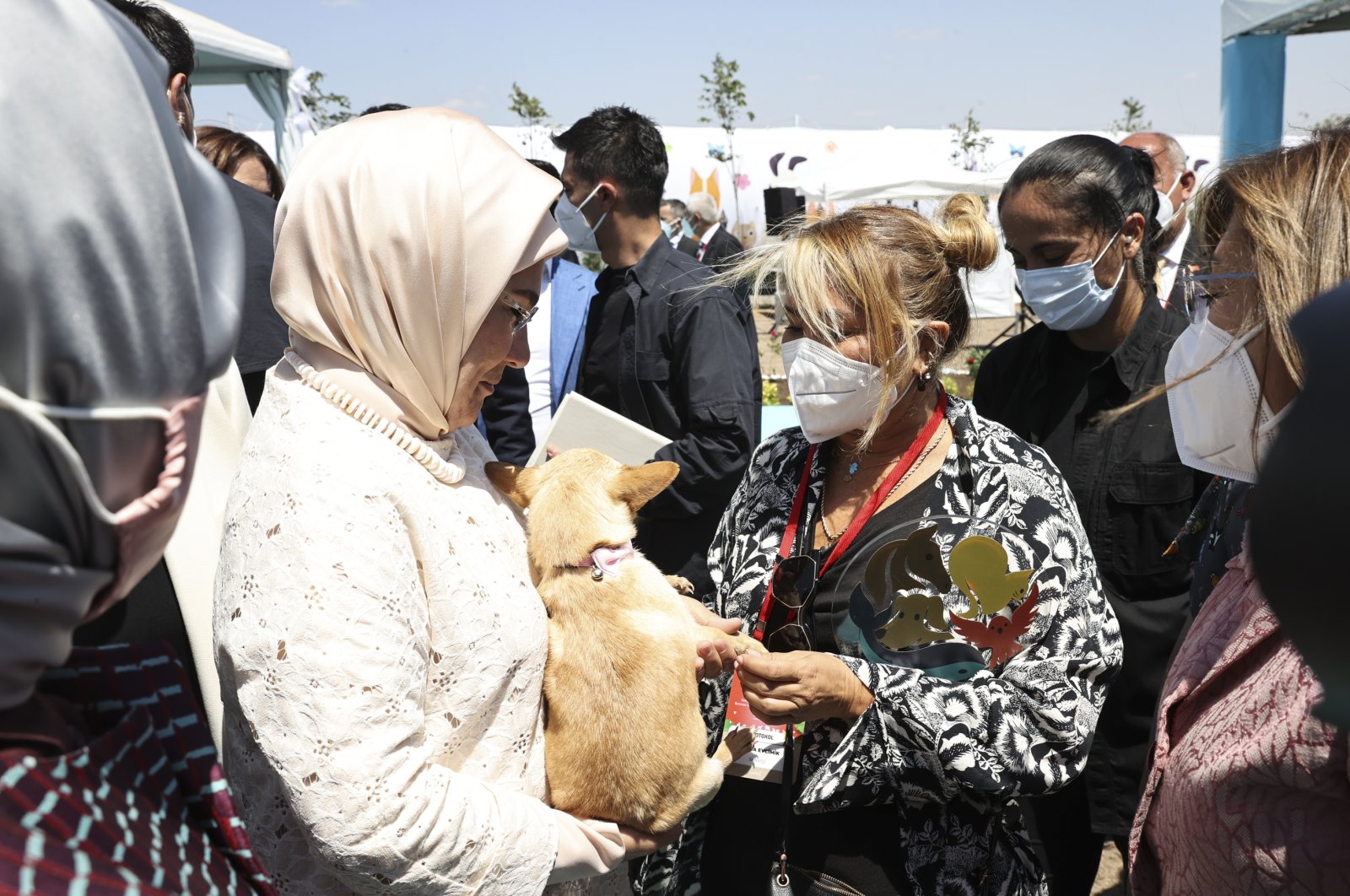 Wednesday was a joyous day for artist and animal lover Yonca Evcimik, as she adopted a dog whose vocal cords had been removed. Evcimik affectionately called the dog her "dear friend" after first lady Emine Erdoğan presented the artist with her new pet.

The first lady and Evcimik had a colorful conversation as they attended the “Idea and Project Contest for Improving the Conditions of Shelter and Nourishment of Unattended Domestic and Stray Animals” awards ceremony.

Özlem Zengin, vice president of the ruling Justice and Development Party (AK Party), spoke on the occasion about the Animal Protection Law.

“We have worked so hard for this bill to pass. These protocols are very important,” said Zengin. “Now we will work for the vitalization of the law. It has been an important bill that we have worked closely with the civil society,” Zengin said, stating that the municipalities also made major contributions.

Evcimik shared how she felt about Emine Erdoğan entrusting her with a dog whose vocal cords had been removed.

The artist said that she had 11 dogs and two cats until a year and a half ago, but she recently lost most of her dogs who were siblings. "We have two dogs and two cats now. Those cats are young, they just came. They always asked me, 'Will you buy it?' I have never bought any dogs, they always came to me, I found them on the street,” Evcimik said.

“I always thought, 'If it will, it will come to my lap,' I said. I couldn't believe it when lady Emine brought it to my lap and gave it to me. Today is that day,” she said.

Evcimik said she hasn't decided on a name for the dog yet. She explained that she was unaware that the dog had been bred for commercial purposes in the basement of a building in Ankara and that its vocal cords were removed, but said that she would take much better care of it.

Noting that she did not expect to adopt an animal when she participated in the program, Evcimik said, "But I was always saying that it will come to me, here it is. I am very happy, it has joined our family now." said.

“She is now my dog, my dear friend, we found each other."

Evcimik said that she would take the dog back home with her to Bodrum.