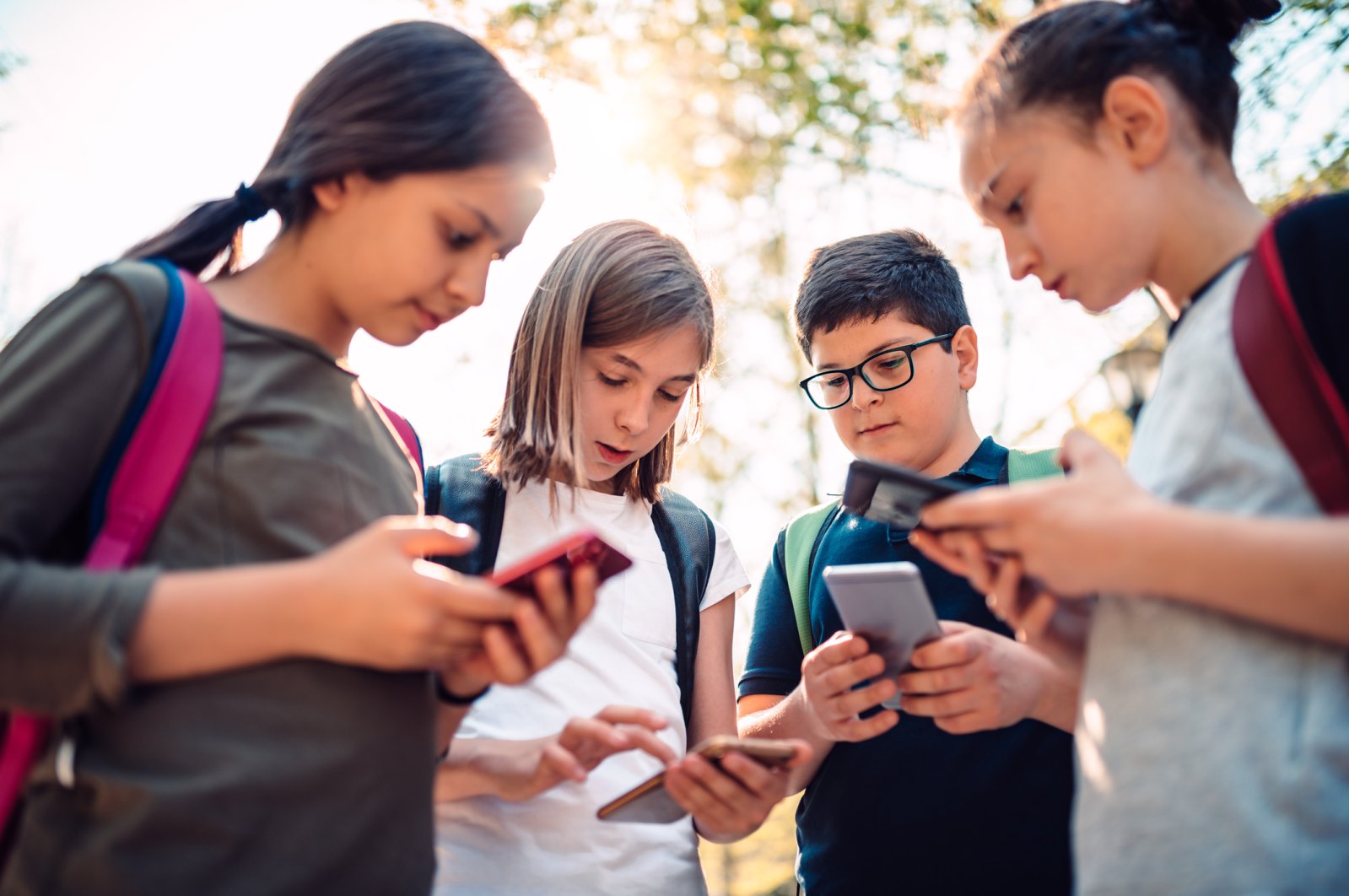 Statistics show that the average child gets their first smartphone at age 10 and has at least one social media account by age 11-12. (iStock Photo)
by DAILY SABAH Jul 15, 2020 1:10 pm
Edited By Yasemin Nicola Sakay

How old is too young when it comes to children using social media, and how can parents make sure that children do not get exposed to the harmful sides of such platforms too early? Here's what a clinical psychologist has to say

The time children spend on social media has increased as drastically as it has for adults in the first half of 2020, owing mostly to being at home day after day with not much to do, thanks to the coronavirus pandemic. However, experts are warning that being too authoritarian toward children about the time they spend on the internet as well as giving them unlimited freedom online can do more harm than good. Parents’ own social media practices and habits can directly influence their children. But how should parents be reacting to their children's social media habits, and when is it too early to get involved with these platforms?

According to clinical psychologist Nuran Günana from Üsküdar University's NPISTANBUL Brain Hospital, here is what parents should be taking note of when it comes to their children's use of social media, especially during the pandemic.

Controlled use has positive impacts

Stressing that children naturally had to spend more time at home after schools were closed due to the coronavirus pandemic and turned to social media to fill this void, Günana said: “If social media tools and channels are used with knowledge, they can help children develop their social skills, exchange ideas with their peers, and create their own identity. Besides, studies have shown that controlled internet use plays an important role in the development of children's intelligence, creativity and expressive power."

Besides its benefits, Günana said that the negative aspects of social media cannot be overlooked.

“Children can be exposed to harmful images on social media because there are practically no limits on what is posted. Examples of this could be explicit sexual content, people engaging in acts of self-harm during live sessions, and abusive or violent conversations and posts,” she said.

“In addition, social media offers a space where people can create an unrealistic identity and re-express themselves. In this respect, children may start communicating with these fictitious personalities in the virtual world and become a part of the desires and impulses of these people. On another note, it is a fact that long-term and excessive use of social media brings along various physical complaints as well as social and academic problems. These can include vision problems, fatigue, poor posture, sleeping and eating disorders, an apparent decline in academic success, as well as family problems,” she added.

Parents should not outright ban all forms of social media just because they also have some negative aspects, Günana said. They should be aware and informed that its negativities can be turned into something more useful as long as it is used in moderation and a controlled manner.

First and foremost, families should be reviewing their habits and attitudes toward social media because children will copy their elders. So, your use of social media could be to blame for the increase in the time your child spends online every day, Günana said.

Should parents be monitoring their children's accounts?

Drawing attention to the importance of family attitudes, Günana said that being a good role model is one of the most important duties of parents.

“Guiding your children, answering their questions without getting bothered or tired, and seeking solutions will be important steps for parents. You can explain to your child the positive and negative aspects of social media. It can also be useful to check your child's social media accounts. They must be taught not to share personal information and private photos online. You should get to know their followers and the accounts they follow,” she noted.

The question of age will vary according to each family. Parents must determine an appropriate age after making the necessary evaluations.

"If they have not reached the appropriate age to use social media, then spending time together online with more educational and instructive games will be more suitable for the child as well as a good step to strengthen your relationship with them. Most importantly, if you see any behavioral changes in your child, be sure to observe first and then communicate your concerns. It is beneficial to be conscious and take precautions to prevent problematic behaviors and habits learned at a young age from causing bigger problems down the line," she said.