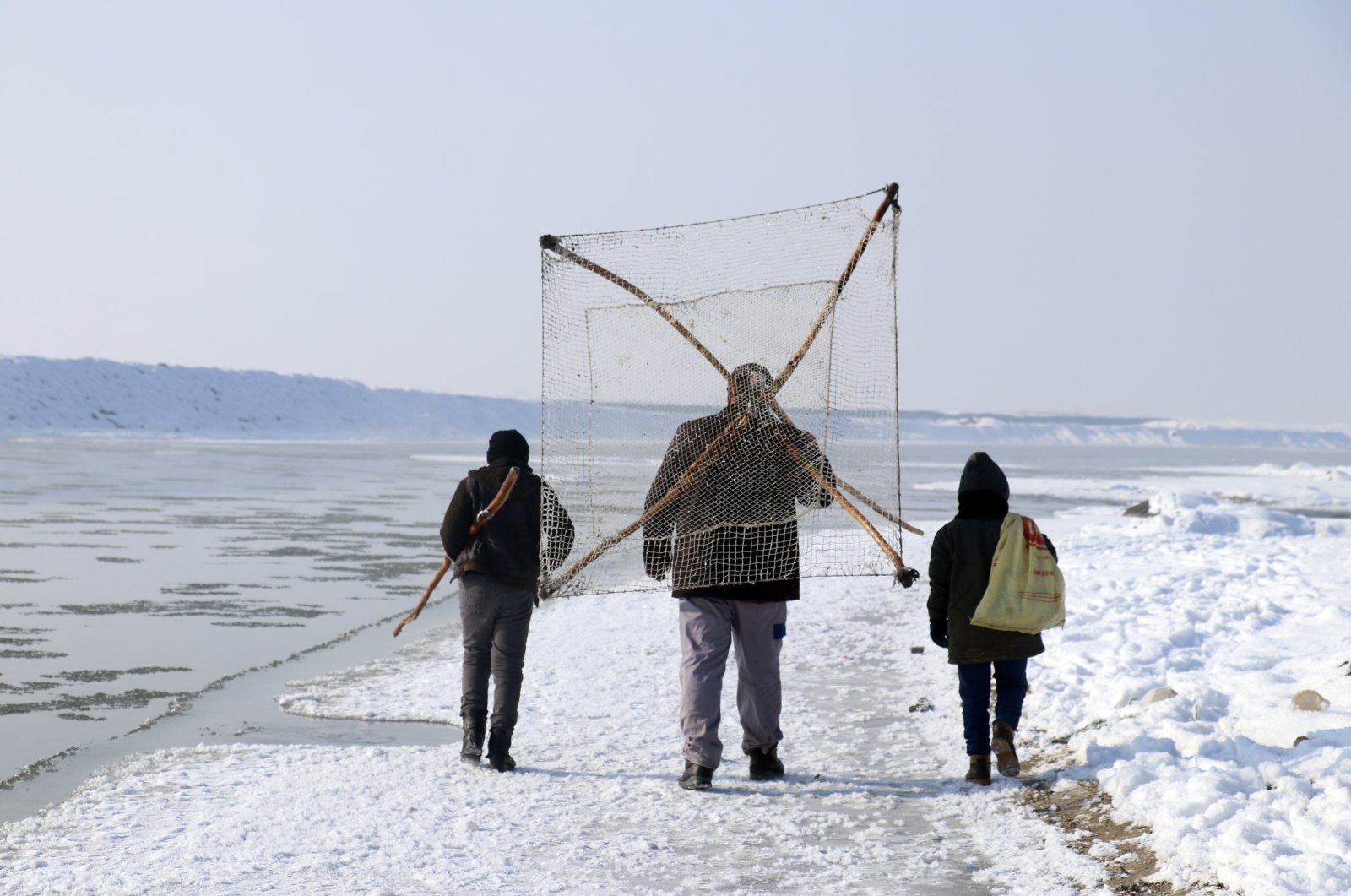 Fishing on a frozen river in eastern Turkey, fishermen fight against the harsh winter conditions to earn their living.

When the Murat River in Ağri province freezes in winter, these fishermen have to break the ice and make holes to access the frigid water below and the fish that swim there.

"We break the ice with the help of an ax. Fish are usually under the ice layer in winter. We are trying to catch fish by digging holes in the ice," said Ismail Çabuk, a local fisherman.

The fishermen prepare for their day in the early hours of the morning. They walk on the frozen river until they reach the area where they will fish and throw their nets into the water after opening a hole in the river.

After breaking the thick ice layer covering the surface of the river, the fishermen use traditional handmade equipment, including their fishing nets.

It is not always easy to hunt for fish in the frozen river.

They mostly sell the fish on the side of the highway to passersby.

With temperatures dropping to minus 10 degrees Celsius (14 degrees Fahrenheit) recently, the fishermen have to endure the frigid winter days to put bread on the table.