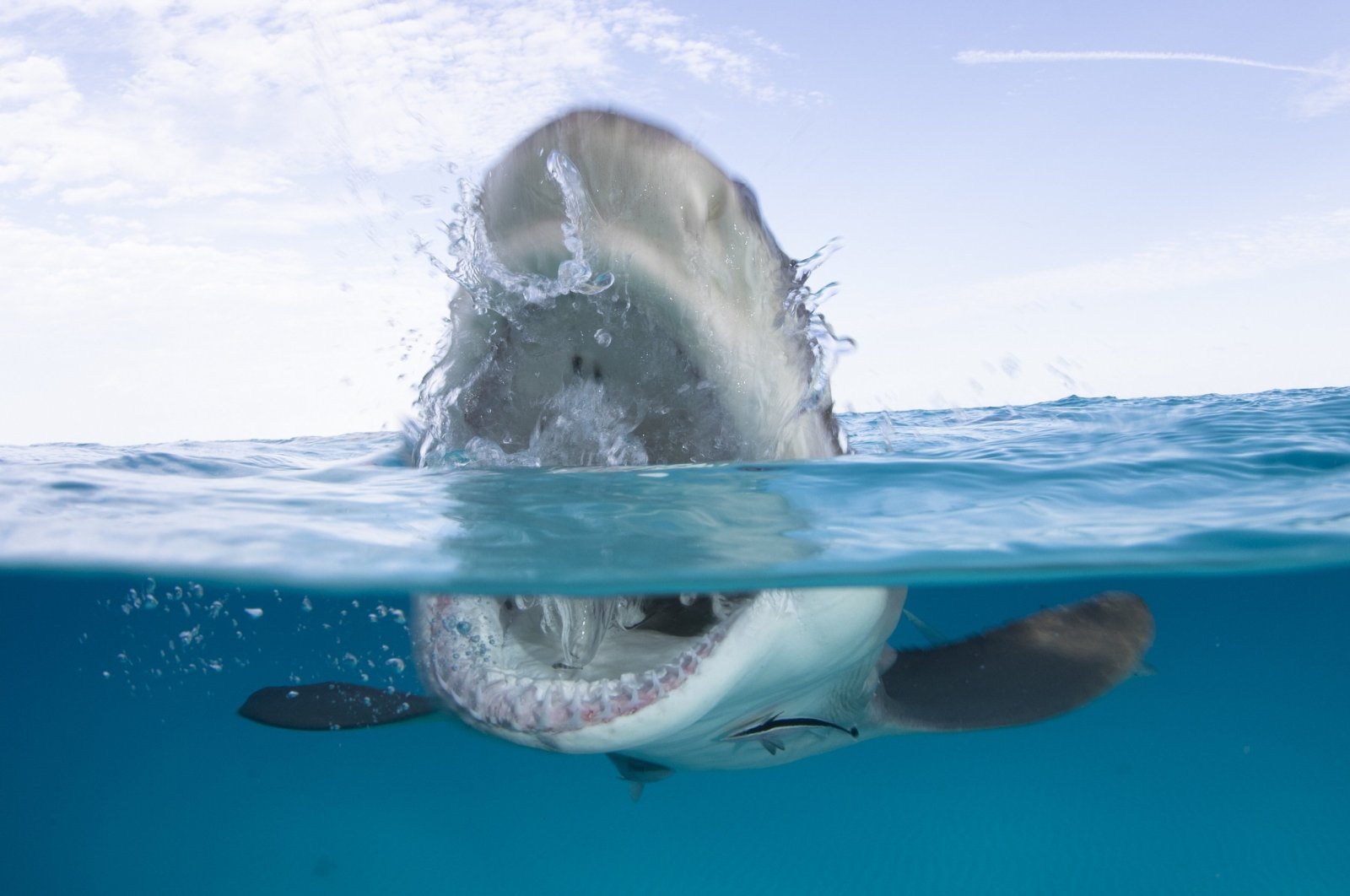 Over/under shot of a lemon shark exposing its teeth at the surface. (Source: Lauren Benoit/Discovery Channel)
by Reuters Aug 15, 2020 6:00 pm

A man jumped onto a great white shark and punched it to save his wife when it attacked her on Saturday at a beach in Port Macquarie in the Australian state of New South Wales, media and officials said.

The Sydney Morning Herald said that Chantelle Doyle, 35, was attacked by the 2 meters to 3 meters (6-1/2 feet to 10 feet) shark while surfing at Shelly Beach, and suffered severe lacerations to her right leg.

It quoted Surf Life Saving NSW chief executive Steven Pearce as saying Doyle's husband jumped off his surfboard and onto the shark.

"This fella paddled over and jumped off his board onto the shark and hit it to get it to release her and then assisted her back into the beach," Pearce said. "Pretty full on, really heroic."

The Herald, which did not name the husband, said Doyle was treated at the scene by bystanders and paramedics and then flown to hospital, where she was in stable condition.

Beaches in the Port Macquarie area were closed after the incident, Surf Life Saving NSW said in a statement, adding it was providing coastal surveillance of the area to help spot the shark.