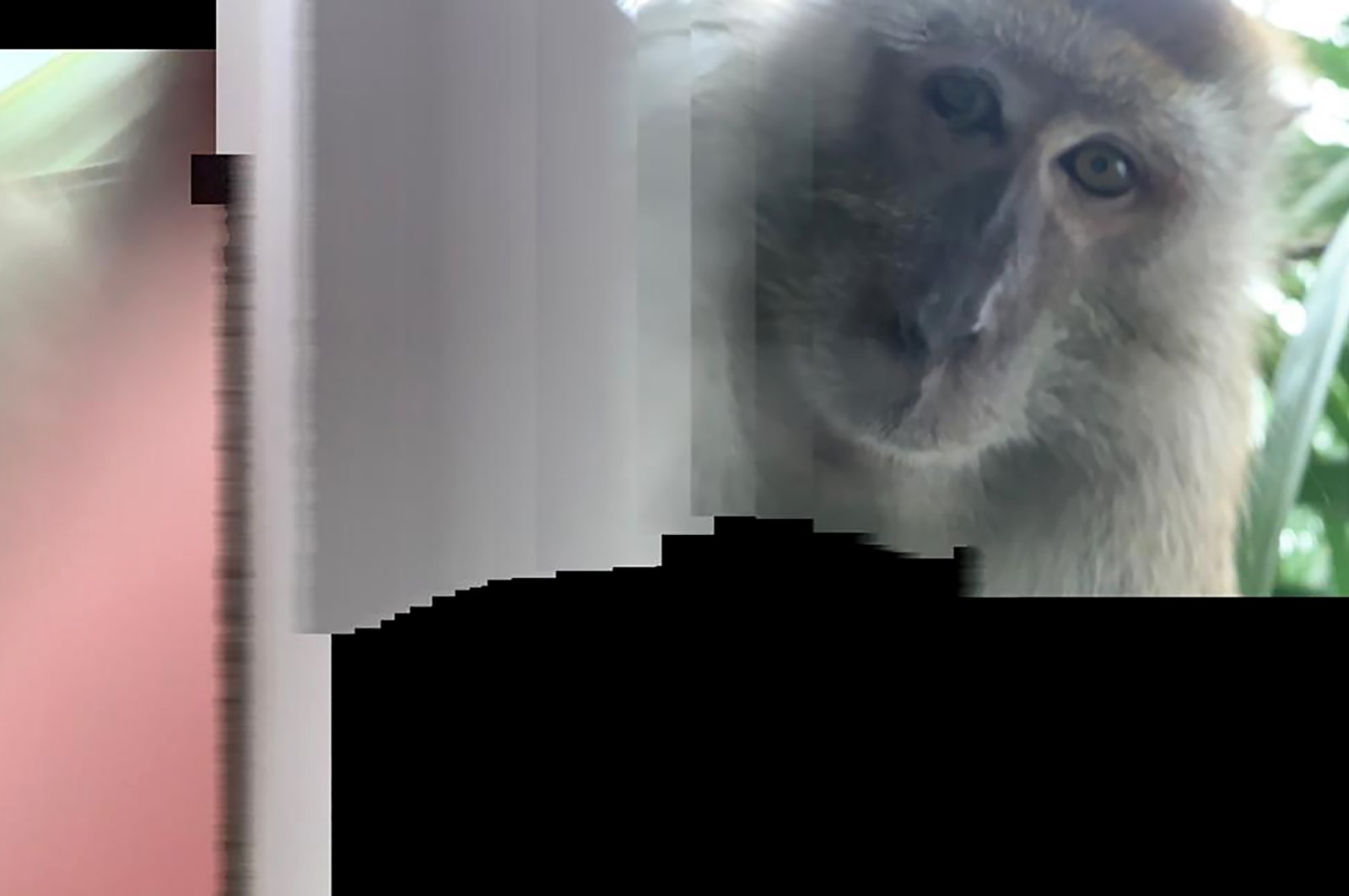 This photo taken with panorama mode but the phone wasn't turned, and provided by Zackrydz Rodzi shows a monkey which took a selfie in Batu Pahat in the southern state of Johor, Malaysia on Saturday, Sept. 12, 2020. (Zackrydz Rodzi via AP Photo)
by German Press Agency - DPA Sep 16, 2020 7:01 pm

A Malaysian man has found what appeared to be a monkey's selfies on his phone after it went missing over the weekend.

In a Tuesday post on the TikTok social media platform, Zackrydz Rodzi wrote: "I lost my phone for 2 days and I thought it was stolen by someone but look who did it !!!??? This little monkey left my phone case below my bed lol."

Zackrydz said he noticed early on Saturday that his phone was missing, prompting a frantic search around his family's garden in Batu Pahat in Johor, a southern Malaysian region bordering Singapore.

A day later, after finding the mud-spattered mobile phone half-buried in foliage, Zackrydz was stunned to see a series of what looked like monkey selfies captured by the telephonic thief, who at one point appeared to try to eat the device an iPhone perhaps after misreading the Apple logo.

The 20-year-old quickly let the world know about the man-mimicking monkey in a series of photographs posted on Twitter.

One such tweet, posted on Sunday, has garnered 6,000 retweets and nearly as many likes, numbers that suggest people are going ape over an ape who aped people.