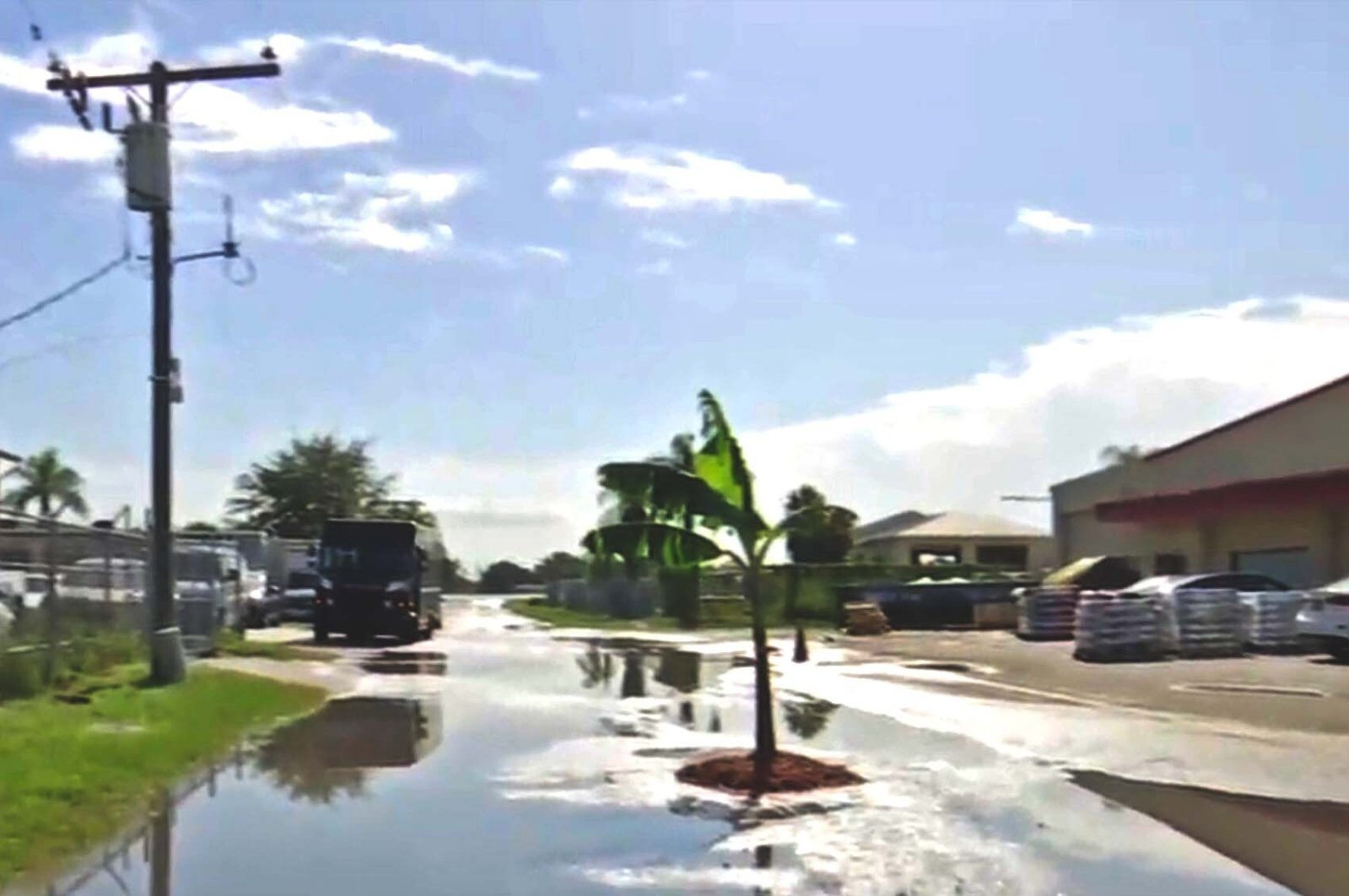 A Floridian has taken his neighborhood's pothole problem into his own hands by planting a banana tree to fill the void and warn motorists of the private road's potentially dangerous state.

Last week, Bryan Raymond planted the tree in a stubborn pothole along Honda Drive just off U.S. 41 in south Fort Myers. Raymond, who owns the business Progress and Pride Fitness Group located near the road, said the idea of planting a banana tree ripened in his mind after having to fill holes in the street with cement multiple times.

Because Honda Drive is a private street, county officials said, it’s up to the business owners to maintain the street. For Raymond, the banana tree is an attention-grabbing repair.

For some time, Raymond's security cameras have captured problems along the street, including a pothole damaging cars and floodwaters causing his trash bin to float away. Some who work along the road say anything is better than potholes.

"I love it, I think it’s hilarious. We should have more of these,” said Scott Shein, who works at a nearby business, told WBBH.

"I think it is sending a message.” He's seen so many cars hit a pothole on the street and "bottom out” that it's a real concern.

For some, though, the sight of a tree brings disbelief. "I pulled up and I’m like, is that really a tree in the middle of the road?” said John Hulker, who lives in Fort Myers, speaking with WINK-TV.