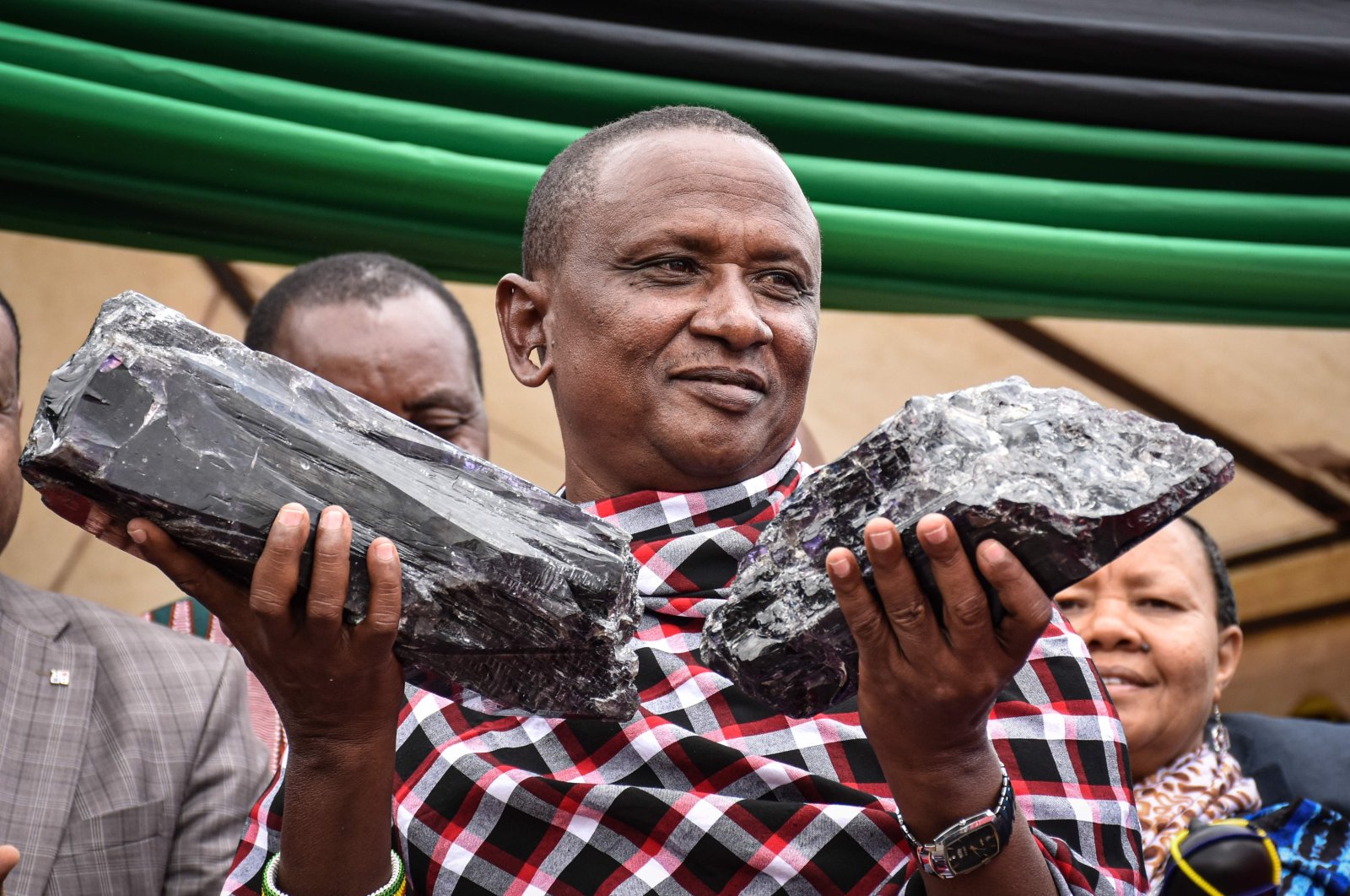 A small-scale artisanal miner in Tanzania who became an overnight millionaire in June after his mining firm found two rough Tanzanite gemstones worth $3.4 million, believed to be the world's largest, has discovered yet another giant violet-blue stone weighing 6.3 kilograms (13.9 pounds).

Saniniu Laizer, 52, was handed a dummy cheque worth 4.8 billion Tanzanian shillings ($2.1 million) by Finance Minister Philip Mpango, who was flanked by Bank of Tanzania Governor Florens Luoga during a brief ceremony at Merelani hills in the country's northern Manyara region.

"I am very happy with the government's offer. The price offered is satisfactory. I have nothing to complain about at all," said Laizer, who has four wives and 32 children.

The former Maasai herdsman, who initially thought it was sheer luck that his team stumbled upon precious stones, now says he's absolutely sure even bigger stones could be found at his mining pit soon.

"I am sure we can get bigger stones than this. Hard work pays," said Laizer, who has now found a total of 19.3 kilograms of Tanzanite in just two months.

"I urge other small-scale miners not to lose hope. I have spent over 10 years doing this business. Let them hope it will pay them well one day," he said during the handover ceremony.

In June, Laizer's workers, who were slicing the earth's crust at a deep underground mining pit, discovered gemstones weighing 9.97 kilograms and 5.1 kilograms each which he sold to the government for 7.7 billion Tanzanian shillings.

Tanzanite – one of the world's most sought-after gemstones is a thousand times rarer than diamonds. It was first discovered in 1967.

Speaking during the handover ceremony, Laizer said they had found the latest stone about a kilometer below the ground, not far from where they found the others.

"We had found this stone in my small mining pit. The future is bright," he said.

Tanzanite, a violet-blue gemstone that rivals sapphires in its intensity, is only found in Tanzania.

Last year, the East African country established a trading center to allow a legion of artisanal miners to directly sell their finds to the government.

Speaking during the handover, Mpango called on artisanal miners to guard the national wealth by curbing smuggling.

"I urge small-scale artisanal miners to be patriots to their country. Don't let these treasures benefit others. We want the proceeds from these minerals to benefit you," he said.

In 2017, President John Magufuli, who is hailed for fighting corruption and public malfeasance, ordered the military to build a 24-kilometer (14.9-mile) perimeter wall surrounding the sprawling Merelani mining site to deter smugglers of precious gemstones.

Born in 1967 to a polygamous family in Simanjiro district in the Manyara region, Laizer grew up grazing cattle.