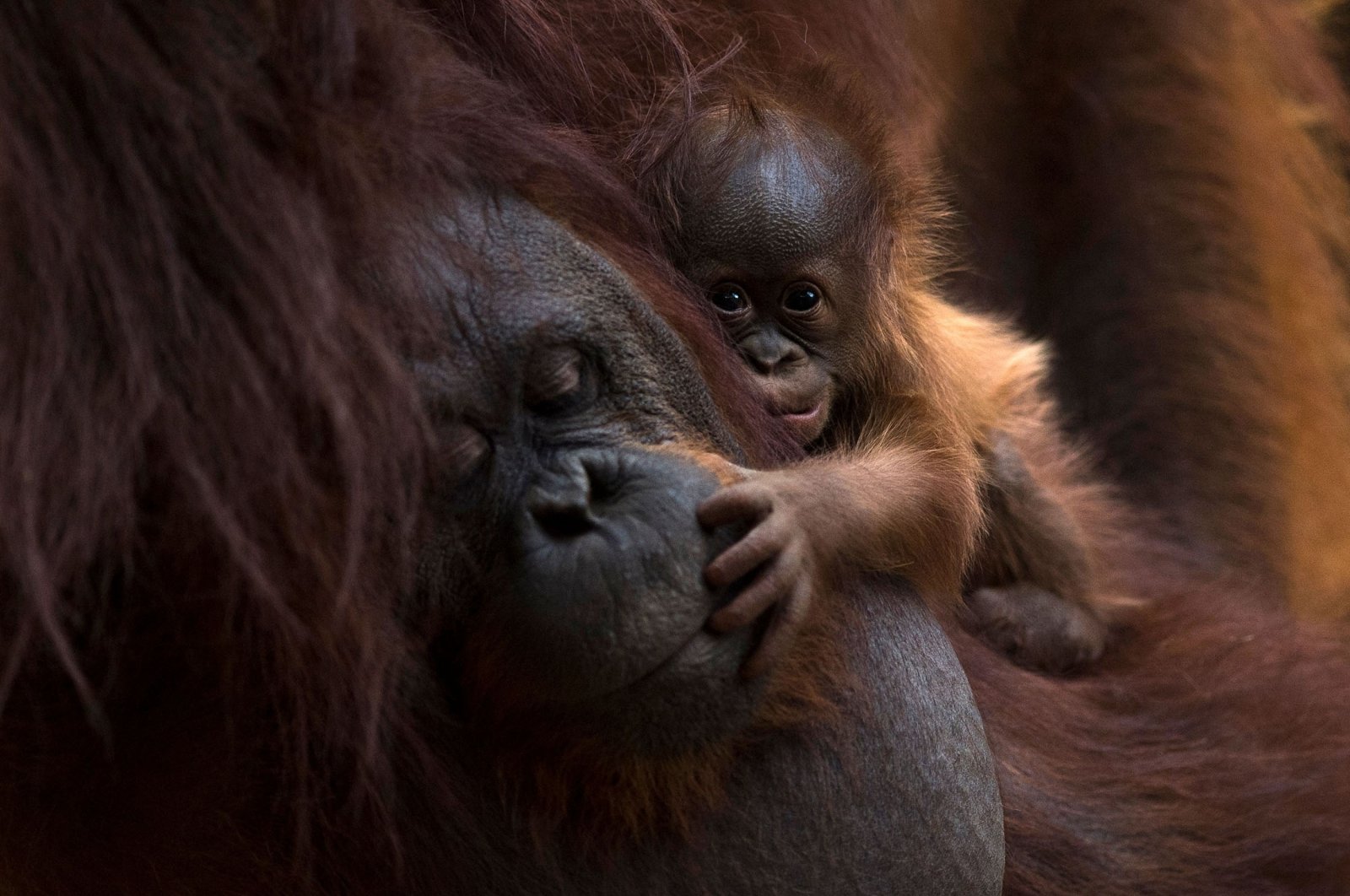 A Bornean orangutan called Suli holds her newborn baby at their enclosure at the Bioparc zoological park in Fuengirola, Spain, on Aug. 12, 2021. (AFP Photo)
by Reuters Aug 17, 2021 4:10 pm
RECOMMENDED

Crowds of visitors and excited conservationists have been welcoming and cheering a newborn orangutan at a southern Spanish zoo as the little sensation has delighted those who are striving to protect the critically endangered apes.

Visitors to the Bioparc Fuengirola in Andalusia looked on with glee as the baby, born on Aug. 4, clung tightly to her mother Suli, who clambered around her enclosure deftly catching pieces of fruit thrown to her by onlookers.

"She's like a little jewel for conservation and another contribution to the captive breeding program in European zoos," said Antonio Garrucho, head keeper at the zoo.

Orangutan populations have halved over the past century as their natural habitats in the lowland forests of Indonesia have been cleared for logging and to make way for palm oil plantations.

The World Wildlife Fund (WWF) considers them critically endangered, one notch above extinction in the wild, underscoring the importance of captive-breeding programs.

The new baby, which has yet to be named, is the only one to be born in the European breeding scheme in the past 12 months, according to the zoo.

"The rate of forest destruction on the island (of Borneo) is very high, due to the extraction of raw materials, wildfires and desertification," Garrucho said.

"Climate change is having a huge influence and human beings are accelerating it."

In Fuengirola, safe from predation or encroachment, Suli lay back on the grass of her enclosure with her baby nestled snugly on her chest.