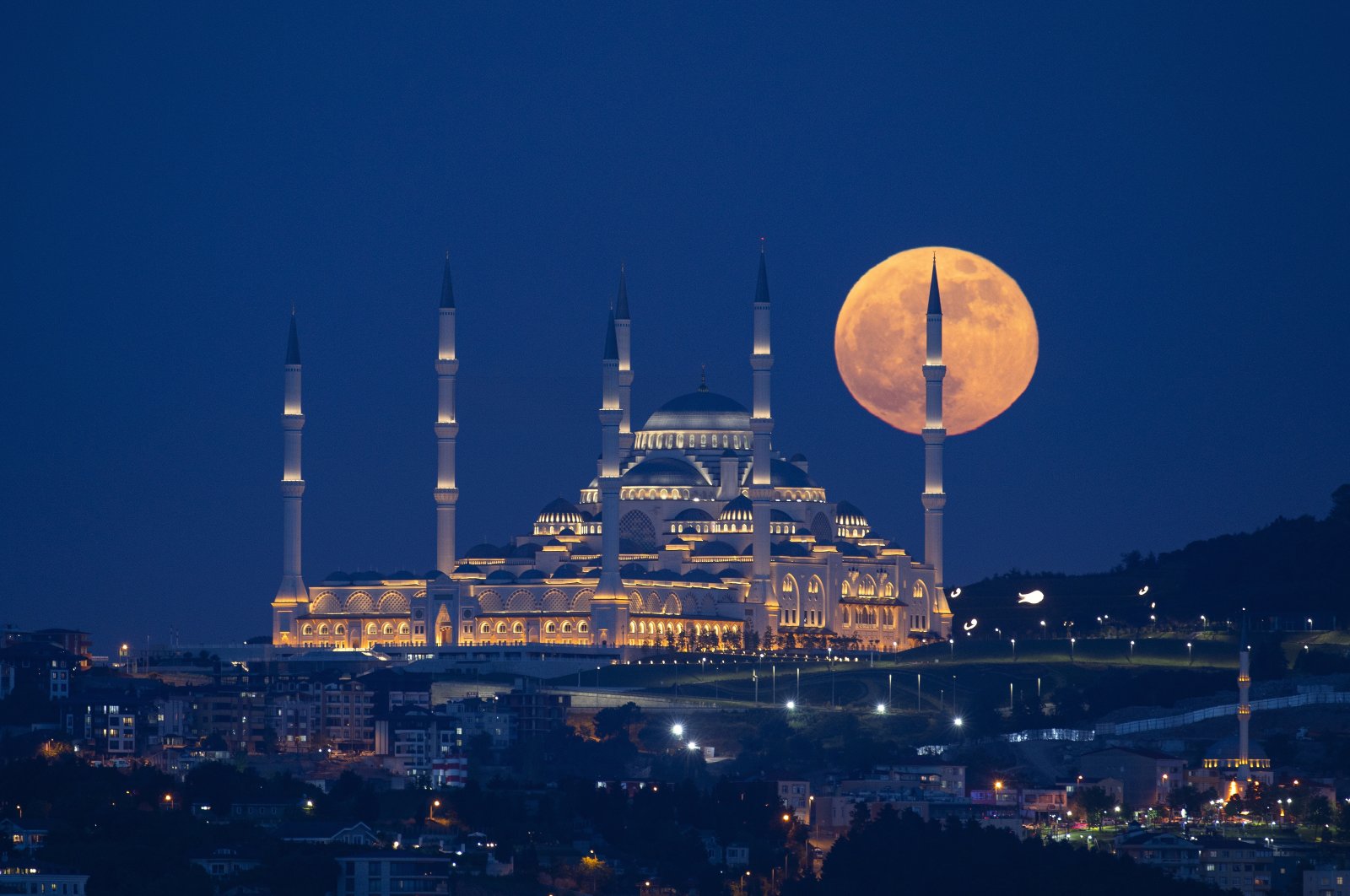 The unusually orange-red moon offered quite a spectacle in the sky over Istanbul Wednesday night.

In the background of many of Istanbul's landmarks, including the Çamlıca Mosque and the July 15 Martyrs' Bridge, the so-called Super Flower Blood Moon created a unique backdrop for observers and photography enthusiasts.

The moon put on a show for many parts of the world, as the first total lunar eclipse in more than two years coincided with the supermoon.

The beaming reddish-orange color of the super "blood" moon was the result of all the sunrises and sunsets in the Earth's atmosphere projected onto the surface of the eclipsed moon.

Meanwhile, in Australia, New Zealand and parts of Southeast Asia, people had a chance to observe the eclipse of the supermoon in a mesmerizing cosmic show.