The good, the bad and the in-between: 20 most notable dads in history 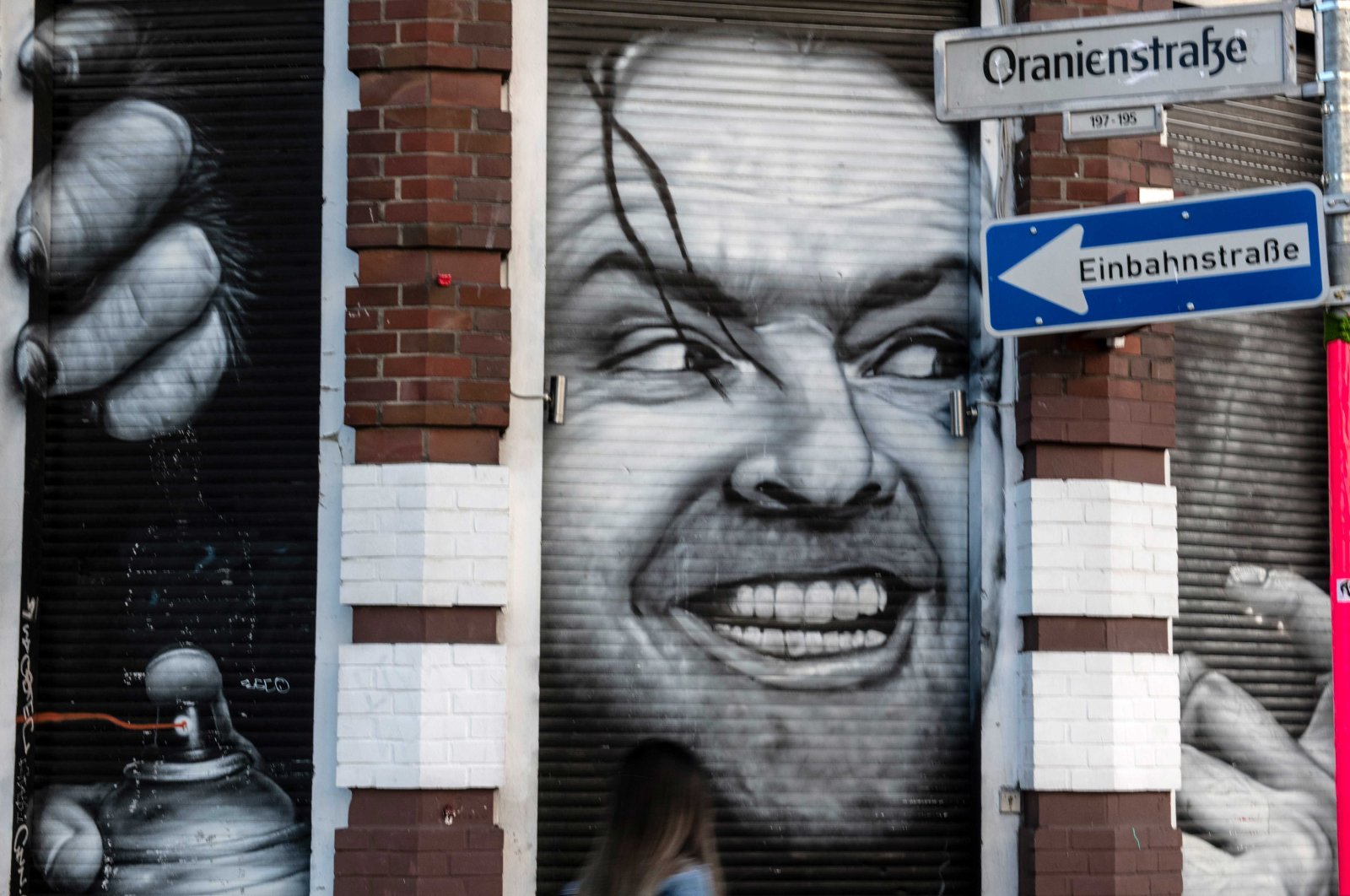 Some are good, some are peaceful and some are purely evil, but one thing is for sure: Whether real or fictitious, fathers have great influence. Shall we have a look at a few of the most notable ones in history?

Dads come in all different shapes and sizes, each with a wildly unique sense of humor and ever-changing temperament and personalities.

They are "our rocks," our protectors, our coaches and teachers, our confidants and best friends, our cooks and cleaners, and sometimes all we have.

But, not all of us are blessed with great dads, and some of us have been consistently tested by the father figures in our lives. Here is a selection of 20 fictional and non-fictional father figures, some of whom can serve as an inspiration to be a better person, while others provide examples of how not to be a dad.

The charismatic actor's performance as a hard but kind-hearted father in “Babam ve Oğlum” ("My Father and My Son") is one of the most touching in Turkish cinematic history. In fact, Tekindor is the first name that pops into minds when one mentions movie dads, especially with performances like those in series such as “Karadayı” and movies such as “Ayla” ("Ayla: The Daughter of War").

The ultimate father on the silver screen for a generation (Yaşar Usta, anyone?), Münir Özkul not only became a fatherly figure because of his portrayal of such characters, but also his constant pairing with Adile Naşit, perhaps the best-known motherly figure in Turkish cinema. The duo is considered the perfect on-screen family even today.

While you may forget his name, Guido Orefice is the father you will never forget from “Life is Beautiful.” As the capstone of a life of love and creativity, the Jewish-Italian father invents a game to keep his son Giosue safe and unaware at a Nazi concentration camp. He never gives the game away, even to the last moment of his life, thereby sheltering him from the terrors of the Nazis.

Though he was a father battling his own demons, Robin Williams took on the role of a happy and goofy father as Daniel in Mrs. Doubtfire. His character creates a whole fake persona as a nanny to see his children after his wife is granted sole custody of them.

He was a relentless criminal, after all, but most people saw his wish to provide for his children as the underlying reason for his cruel choices. Though he was an absent father, Walter White was willing to make sacrifices. The character is played by Bryan Cranston.

Portrayed by Josh Radnor, Ted Mosby of "How I Met Your Mother" arouses varying opinions when it comes to being a dad. For some, he is like a broken record, dragging out his stories far too long, but for others, that is just how he showed his children how much he loved his wife.

Talk about a dad who is a bad influence. From hunting down his son Luke Skywalker to convince him to turn to the dark side, to breaking the news of his paternal identity after cutting off Luke’s hand, he is the classic bad dad that Luke and Leia never wanted. Nevertheless, he made an attempt to redeem himself at the end of his life by saving Luke from the evil Palpatine.

Torrance, played by Jack Nicholson, was a sympathetic character with great potential to be a good father. However, he soon transformed into a horrific antagonist when the Overlook Hotel magnified the intensity of his demons and convinced him to attempt to murder his family with an ax.

He may not be TV's greatest dad, but he means well and is loving – even though his chokehold on Bart is quite worrying sometimes. "Do it for her" reads the sign at his workstation, a constant reminder that he gave up his dream job to feed his family, but one that helps him power through.

The grouchy but smart minion boss Gru, voiced by Steve Carrell, was an aspiring super-villain with plans for world domination but after adopting three little girls – Margo, Agnes and Edith – as a single father, he slowly swaps out his menacing ways and schemes for princess parties.

Though he was anxious and overprotective, Marlin was a courageous father who went on a long perilous journey to find Nemo, his missing boy. After having lost his wife and other children to the ocean, Marlin was left on his own to raise his only son, risking his own life to save Nemo at times.

Geppetto was an elderly, kind but impoverished woodcarver and 'father' of Pinocchio whom he created after having longed for children for a long time. Brought to life by the Blue Fairy, Pinocchio soon becomes everything to Gepetto and when he goes missing he loses no time to go searching for him.

Despite being abandoned by his father when he was younger, actor Will Smith is a doting parent to his own children – just ask his wife Jada Pinkett or children Willow and Jaden. And, who can forget his tear-jerking role as Chris Gardner in "The Pursuit of Happyness?"

Another actor who healed from his "minefield" of a relationship with his father, Ryan Reynolds is a great example of both a loving father and a jokester dad. Telling from the constant banter and pranks between him and his wife Blake Lively, his kids are in for a lot of dad jokes and roasting.

Not only is he one of England's best footballers – and a good-looking one at that – but he is also a loving and caring father that advocates being there for your children early on in life and spending as much time as possible with them. He describes the greatest gifts a father can give to his children as affection and attention.

When chants of his name were not filling the court, the American professional basketball player was known as a devoted husband and a proud father of four. Known as the MVP (most valuable player) of girl dads, Bryant also founded the Black Mamba Academy to educate and empower generations of children through sport.

Standing out with his long hair, silver jewelry and authentic stage costumes, Manço was the father of Turkish rock with his passionate voice. Hosting his famous "7'den 77'ye" ("From 7 to 77") program which included a segment for children, he evolved into a family man loved and respected by the whole nation.

While world-renowned for his “The Lord of the Rings” trilogy, J.R.R. Tolkien was better known in his personal life for being the affectionate father of three sons and a daughter. So as not to miss out on family life, Tolkien did much of his writing before the sun rose each day. Several of his works grew out of bedtime stories.

His very name meaning “man,” Prophet Adam bears the title of the father of the human race. With the clay of the earth in his bones, Adam was an excellent gardener and an animal-lover who gave each species its name. He fathered at least two headstrong sons, Cain and Abel, though some accounts say his children numbered in the dozens.

Maybe you never really had that father figure you longed for in your life, or maybe he departed too soon, or perhaps you had someone else in your life that served as your rock. Whoever it was for you, this space is for you to fill with the inspirational and loving people you deem worthy of calling a dad.