To cut or not to cut? The hairy question of life in self-isolation 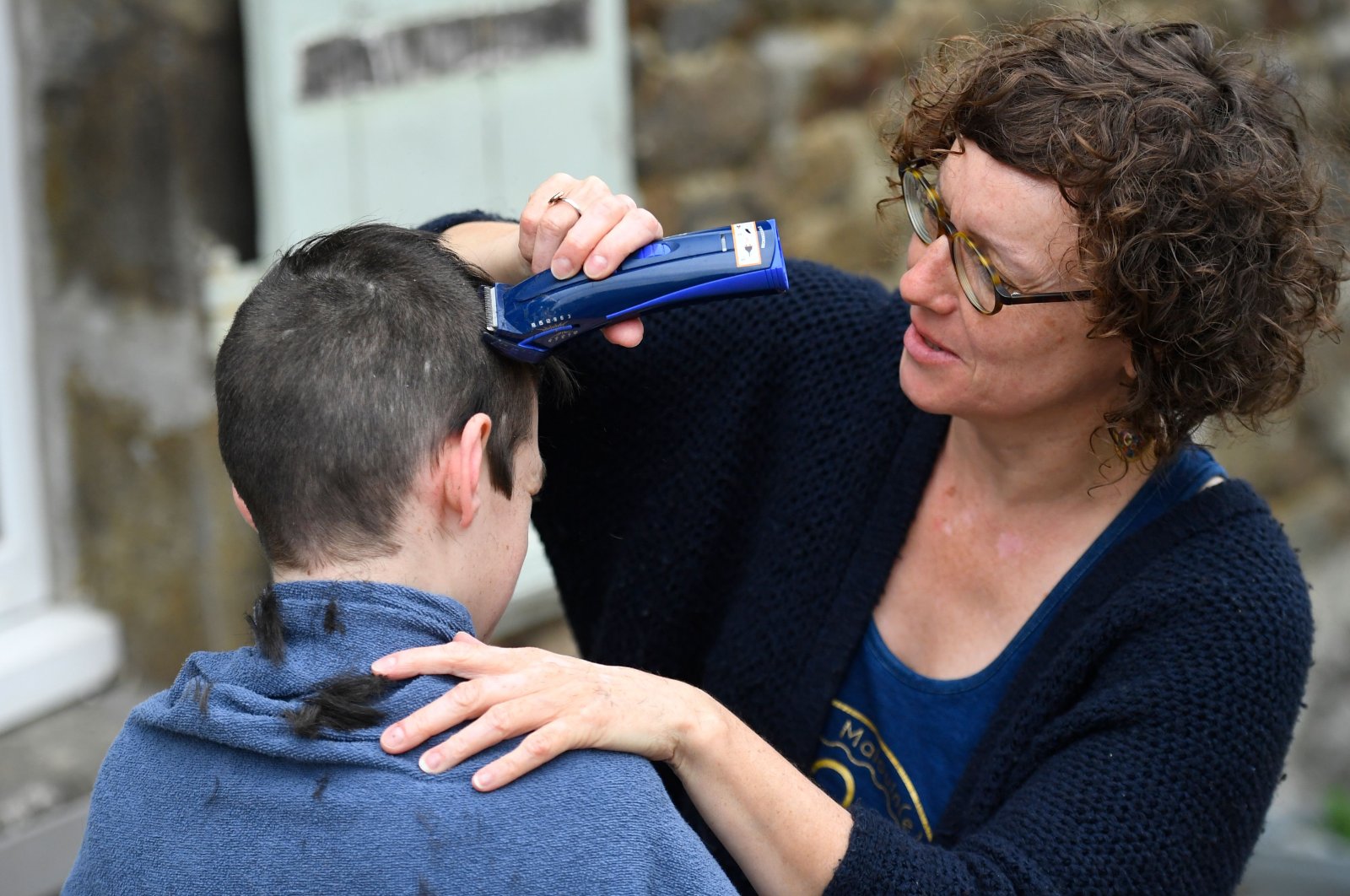 The economy may have slowed and normal life has come to a standstill but in the world of hair, a follicle free-for-all unencumbered by the coronavirus has many around the world asking one critical question: to cut or not to cut?

For some, the answer has been clear: take the plunge and do it yourself.

Stuck at home for several weeks, people are finding their normally carefully coiffed 'dos growing roots or even transforming into mullets.

Rather than despair, many are using their intriguing growth patterns and bird's nest-like locks as an antidote to tragedy, posting jokes, memes, video montages and even helpful video tutorials online.

Turkish actress Nursel Ergin has received great applause for her haircutting tries at home, earning the praise of some of Turkey's best hairdressers for her technique. First, she gave her husband a snip and then she documented herself giving herself a trim on Instagram.

However, not everyone – celebrities included – has seen success.

British actor Riz Ahmed of "Rogue One: A Star Wars Story" appeared to have taken a razor to his head with a near buzz cut.

"Anyone else do a #StayAtHome haircut that got outta hand?" he posted on Twitter, along with a photo of his new look and a forlorn expression. "Least now feels like there's someone else here when I look in the mirror."

For child star Julia Butters from "Once Upon a Time... in Hollywood," cutting her father's hair did not end in a happily ever after storybook finish, even if the experience – and extremely patchy looking 'do – provided a bit of fun.

"This is one of the bravest fathers I have ever met," she says as she goes to town on his hair in a video posted online.

His response: "There is a thin line between bravery and stupidity."

Most hairdressers live by the adage that it is better to wait for a cut than embark on experiments that will later have to be fixed.

"Those trying to cut their hair at home beware!" celebrity hairstylist Ahmet Çoban said on his latest Instagram post, sharing a photo of a terribly botched attempt at a layered hair cut. He, too, like many other hairdressers have been calling on people not to touch their hair, especially if it is chemically dyed.

Some celebrities like Turkish singer Deniz Seki have brushed off the warnings. Seki dyed her hair a shade of brown at home and took pictures to prove it.

However, the one major point all hairdressers agree on is you should never try bleaching at home. You could end up frying your stands and losing a lot of hair, they warn.

According to Leslie Young, vice-president of communication for the Associated Bodywork and Massage Corporation, an organization of workers in the field, some people are "so desperate" that they insist on going to their hairdresser's house or having the stylist come to their home.

With salons closed, some hairdressers might be tempted to accept, but Young strongly advises against the practice. "It's dangerous," she said.

In the meantime, some stylists are trying to make a little side money by giving advice in online videos or directly to their clients by videoconference.

Known for their interest in being well-groomed almost all the time, Turkish women go every four to eight weeks to the hairdresser, and some every two weeks for regular nail appointments. But now many are patiently, albeit desperately, awaiting the day when they will be able to get back to their usual routines.

There has been a flurry of memes going around of collages of people with overgrown acrylic nails and outgrown roots to monobrows and nearly nonexistent lash extensions.

In the meantime, a few secrets also might be revealed, particularly in the very blond world of television.

Faced with that very prospect, journalist Kayla Tausche of CNBC tweeted a picture of herself as a child: "You're going to find out soon, and it's best you hear it from me directly," she said.