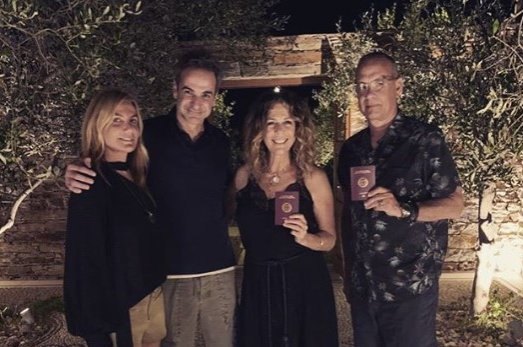 Mitsotakis and his wife Mareva Grabowski visited the American couple on the island of Paros and gave them their new Greek passports and citizenship documents.

Mitsotakis, Grabowski, Hanks and Wilson reportedly discussed art, tourism in the Aegean Sea and politics between Greece and the U.S. during their visit.

Wilson, 63, is partly of Greek descent, according to the Greek newspaper Ekathimerini. She and Hanks, 64, own a home on the neighboring island of Antiparos.