Ankara travels: A day in Gordion, the capital of ancient Phrygians 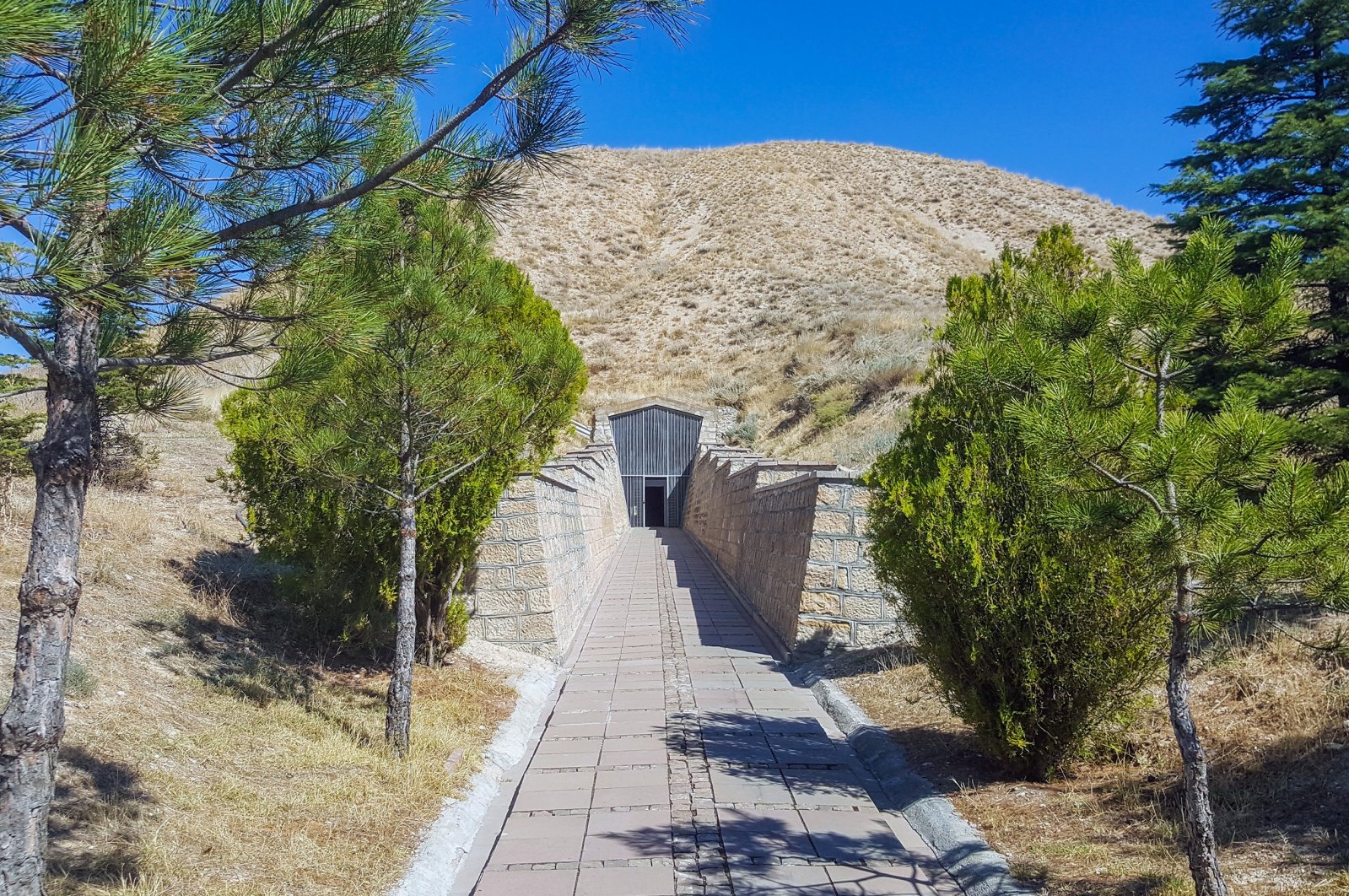 The Great Mound at Gordion where Midas, the legendary Phrygian king with a "golden touch", rests. (Photo by Argun Konuk)
by Argun Konuk
Nov 27, 2020 2:10 pm

Unfairly thought of as boring and dull, Turkey's capital is often cast in a negative light, especially when compared with Istanbul and other tourism hot spots. This week, we’ll be taking a trip to Gordion, the capital of the ancient Phrygian Empire, in the Polatlı district

If you grew up in Ankara, it is likely that you'll have a distinct, delightful memory of taking a school field trip to Gordion as a young child. Like all children, I was easily excitable and impatient, giddy like my friends were to spend a day with each other outside of school.

Years later, armed with a better understanding of history and travel, I set out to visit this prominent site again. Situated in the district of Polatlı, the biggest and most crowded district of the outskirts of Ankara, I marveled at Gordion in a different way as an adult than as a child. I was filled with the same level of excitement, but this time for the wonder and history of the place more so than the prospect of spending the day with my friends. Gazing out into the vastness of Gordion, I was reminded that Turkey is certainly “the cradle of civilizations.”

Located just southeast of the confluence of Sakarya and Porsuk rivers, the Gordion archeological site is made up of three main components: the Gordion Museum, the Tomb of King Midas and the ancient city of Gordion. It is located 117 kilometers (72.7 miles) from downtown Ankara, northwest of central Polatlı.

The region also bears significant importance for modern Turkey as Turkish and Greek armies fought the Battle of Sakarya on a frontline arching to the southeast up to the town of Haymana with Gordion ruins located on the northern end. Trenches and important sites of the battle, which halted the Greek advance to Ankara during the War of Independence, are a short drive away from Gordion.

Archeological findings from various periods found in the region are exhibited in chronological order at the museum. Gordion Museum consists of five sections that include artifacts from the Bronze Age; iron, textiles and various artifacts from the early Phrygian era; vessels, pans and pots from the Iron Age; Ancient Greek ceramic pieces; and findings and tools dating back to the Hellenistic and Roman eras. There is also a room that displays coins and seals, where visitors can catch a glimpse of the economic life of Gordion's past.

The museum yard has a large number of artifacts and findings on display, the most prominent being the “Mound O” Galatian tomb and the Roman mosaics.

Gordion as a region is teeming with dozens of burial mounds – human-made hills built over the tomb of a deceased person. The Great Mound at Gordion, where the legendary Phrygian King Midas eternally rests, is the second-largest burial mound in Turkey, with a height of 55 meters (180.45 feet) and a diameter of 300 meters.

King Midas is an important figure in Ancient Greek and Roman legends, infamous for being a greedy fool. There are two popular stories about the king’s foolishness. The first involves King Midas being granted the chance to wish for anything he wanted for one night by Dionysos, the God of Wine. Midas, filled with greed despite already having a great fortune, wished to have the power to turn everything he touches to gold, and thereupon the curse begins. Midas realizes his predicament when his horse, the doors of his palace and even the food he touches turn into lifeless metal. While Dionysos does ultimately remove the curse, the king’s greediness and poor judgment are notable in ancient literature.

The second story is about King Midas judging a singing contest between Pan and Apollo. When Midas decided in favor of Pan, Apollo punished him by giving Midas donkey ears. Midas always hid his ears with a hat and had cautioned his barber not to tell anyone. The barber, evidently not a great confidant, whispers into a hole in the soil, “The ears of King Midas are donkey’s ears.” His words filled the earth and the secret soon swept across Gordion.

The Tomb of King Midas is situated directly across from Gordion Museum. After reaching the mound, you enter a long, dark tunnel accompanied by a cool draft that leads you directly into King Midas's burial chamber. Considering that the tunnel is pitch black, I suggest you have your phone’s flashlight ready.

The ruins of the ancient settlement of Gordion are located west of Gordion Museum and the Great Mound. During early archeological excavations, it was revealed that the earliest human activity in the settlement dates back to the Early Bronze Age in 3000 B.C.

What was discovered in the scientific studies gives us a vague understanding of the history of the area and the buildings, artifacts and tombs give us further insight into the timeline of Gordion.

For example, in the seventh century B.C., the city was decimated by the Cimmerians, and in the later centuries, until Alexander the Great conquered the city, it was ruled by the Persians.

Today, the site is fenced in to ensure the protection of the area and visitors are encouraged to follow a path circling it. The East Gate is the most well-preserved and notable structure at the site.

How to reach Gordion

Getting to Gordion is not as cumbersome as it may seem. You can take either public transportation or go in your own vehicle.

There are two ways to get to Polatlı. The first is to take public buses, which leave from somewhat inconvenient areas like the far-flung neighborhoods of Sincan and Ümitköy. Click here to see an updated bus schedule in English from the website of EGO (the official electricity, gas and bus headquarters of Ankara).

The more convenient option would be to take buses that depart every hour or so from the central bus station of the city, AŞTI, to Polatlı.

Once you reach Polatlı, since there are unfortunately no minibusses going to the village of Yassıhüyük (literally meaning flat mound in Turkish), the settlement adjacent to which the Gordion ruins are scattered. The most convenient option would be to take a taxi there. This would be a 20-minute drive from Polatlı to Yassıhüyük and not a costly option. Make sure you arrange a round trip with the driver as it is difficult to find a taxi in a remote settlement like Yassıhüyük but arrange for the driver to wait as it can easily take around 1.5 hours to explore the attractions.