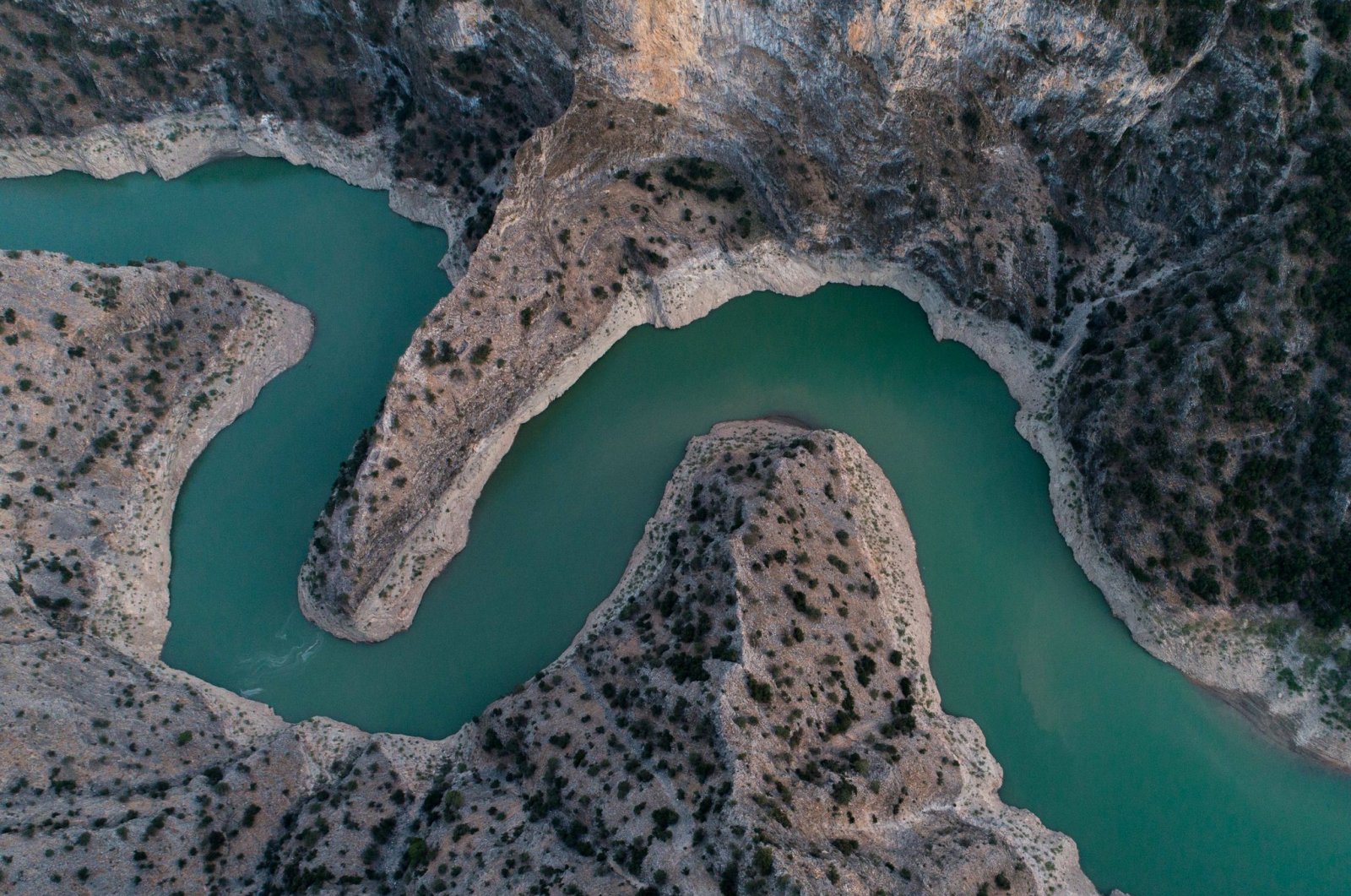 Arapapıştı (Inceğiz) Canyon, located in the Kale district of Denizli and between the borders of Aydın and Muğla provinces, offers a unique view to its visitors. (AA Photo)
by Daily Sabah with IHA Aug 12, 2020 11:45 am
Edited By Yasemin Nicola Sakay
RECOMMENDED

Located between the cities of Aydın, Denizli and Muğla in southwestern Turkey, the scenic Arapapıştı Canyon has become a new tourist hotspot for those visiting the Aegean region.

Formed by the ultramarine waters of the Akçay River, the canyon has provided a boost to the local economy, especially after Aydın Metropolitan Municipality Mayor Özlem Çerçioğlu opened the natural wonder to tourism in 2017.

Also known as the Inceğiz Canyon, the Arapapıştı Canyon is 26 kilometers (16 miles) long and up to 380 meters (1,246 feet) deep, while the Akçay River that runs through it reaches a depth of 50 meters.

The number of boat tours in the canyon has also seen a recent increase despite the coronavirus pandemic as people look to escape cities. These picturesque tours last approximately two hours and 15 minutes.

The Aydın Metropolitan Municipality has been making increasing investments in the area. Newly opened cafes, restaurants and businesses as well as a market in the neighboring village of Kemer offer services to travelers.

The region is currently a protected area as it is also an archeological site. The canyon has a history that dates back 2,500 years, including periods in which people used the site as a place to hide for protection. The canyon is home to significant cultural and historical sites, such as rock tombs and hidden monasteries. The remains of the ancient Roman city of Xyatis and the Körteke Castle are located nearby.

Situated between two lakes in the Akçay Valley, the canyon is also home to rare wildlife such as herons, eagles, wild goats and boars.