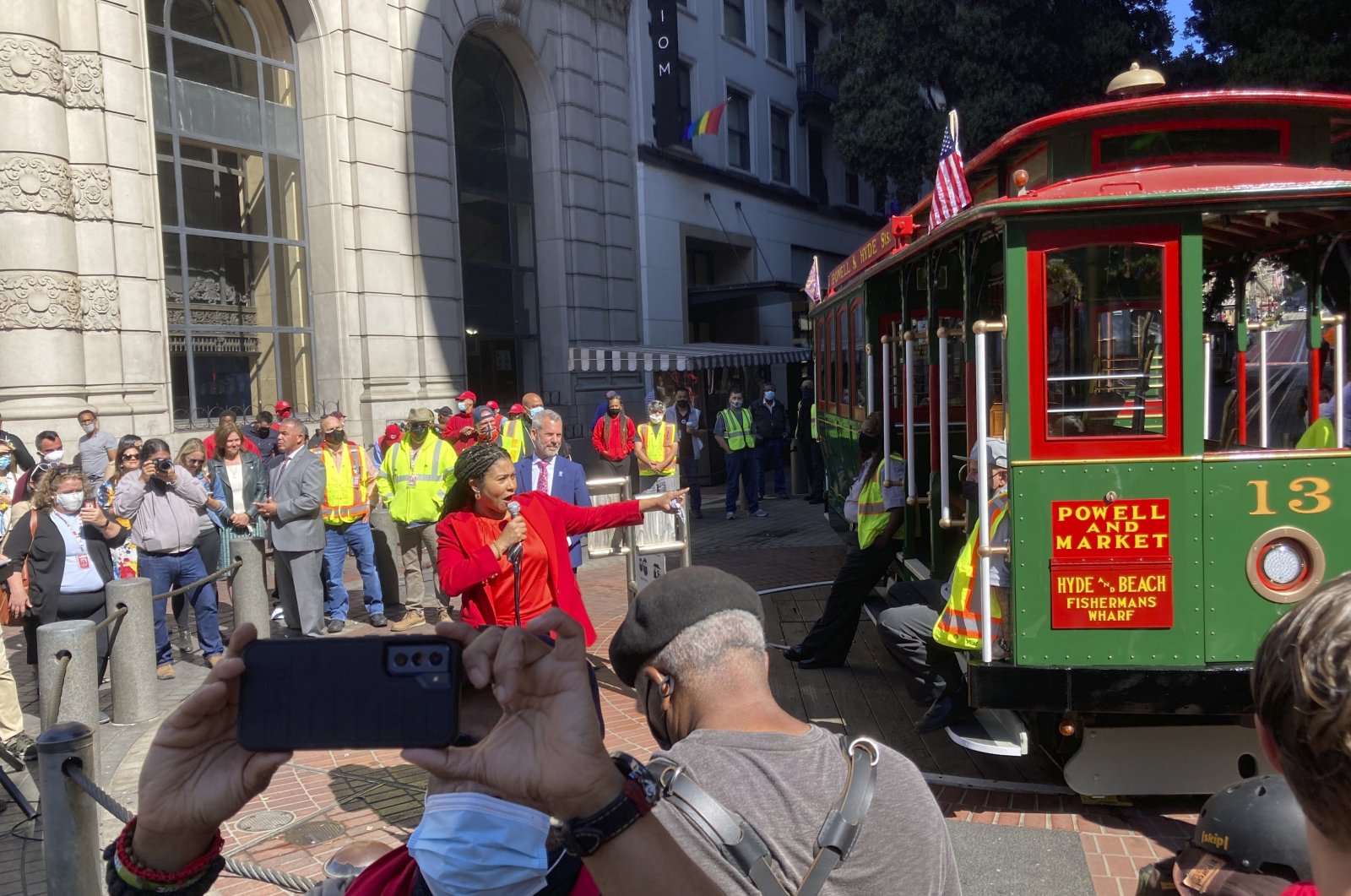 The city's historic cable cars are sounding their bells as they start rolling again on the city's hills Monday, after being sidelined for 16 months by the coronavirus pandemic.

At Powell and Market, one of the cable car's stops, a line of people snaked around a cable car turntable waiting to ride a car to Ghirardelli Square or Fisherman's Wharf.

“Our cable cars are part of what makes San Francisco a world-class destination, and their return is just the latest sign that our city is bouncing back," said San Francisco Mayor London Breed.

Breed said it will be free to ride the cable cars in August and asked people to be patient because the service would not follow a regular schedule until September when the iconic trolleys will resume full service in all three lines and start charging a riding fee.

Frank Miller, of San Antonio, said he and six members of his family arrived in San Francisco last week and have already visited some of the city's top landmarks. They rode a ferry to Angel Island and visited Pier 39 and Fisherman's Wharf but Miller said riding the cable cars was a highlight for him.

“I grew up watching ‘Full House’ so, everybody knows the cable cars. We definitely want to ride the trolley cars through the city,” said Miller, 40, who was waiting with his family to ride from Powell Street and Market to Fisherman’s Wharf.

Before the pandemic, 25 million tourists visited San Francisco annually, with many of them riding the cable cars that are as synonymous with the city as Alcatraz Island and the Golden Gate Bridge.

About 17,000 riders packed onto the cable cars daily before they were parked in March 2020 as the city locked down and sheltered in place. It was the longest shutdown since the 1980s, when the system was fully reconstructed, according to the San Francisco Metropolitan Transportation Agency.