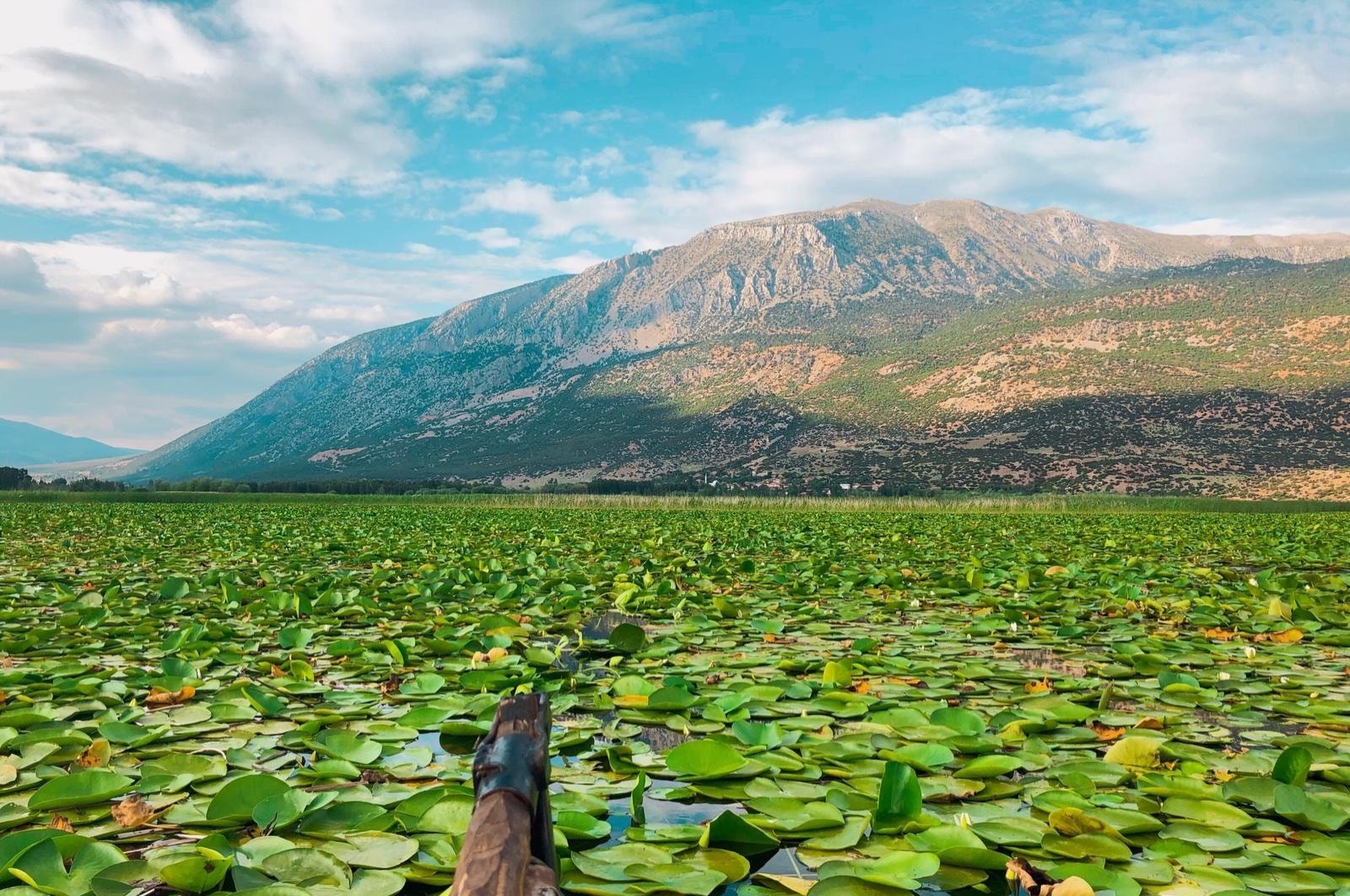 Attracting nature lovers from across the nation with its unique nature and serene atmosphere where green meets blue, the freshwater lake offers photographers a visual feast, especially at sunrise or sunset. Visitors to the area are also offered the opportunity to enjoy a boat ride on the lake, gliding through a sea of water lilies and reeds to the cheery chirps of dozens of waterbirds in the inner Aegean region.

In fact, the lake is home to so many different birds, wintering wildfowl and rare fish that this biodiversity recently helped it earn the status of a natural protected area by the Turkish General Directorate of Conservation of Natural Assets.

Although for many it is known as a dam lake used for irrigation to control water flow to agricultural lands, it is actually a natural lake. Laying at an altitude of 821 meters (2,694 feet) in an area spanning 7,300 hectares (28 square miles), the waters of the Büyük Menderes (Meander) River flow into the lake.

Speaking to an Anadolu Agency (AA) reporter, the mayor of Çivril, Niyazi Vural, said that the district has served as home to many ancient civilizations since the fifth century B.C., which is evident by its many historical and cultural values.

Stating that as the municipality administration they were in the process of creating projects to better promote the natural and historical beauties of Çivril, Vural said Lake Işıklı was a treasured value for them.

The mayor said they wanted to highlight the touristic aspects of the body of water and ensure the sustainability of its ecosystem while doing so.

Vural said the area surrounding the lake had great tourism potential, thanks to the Çivril Plain it extends on as well as neighboring Mount Akdağ, which is known for its hiking trails.