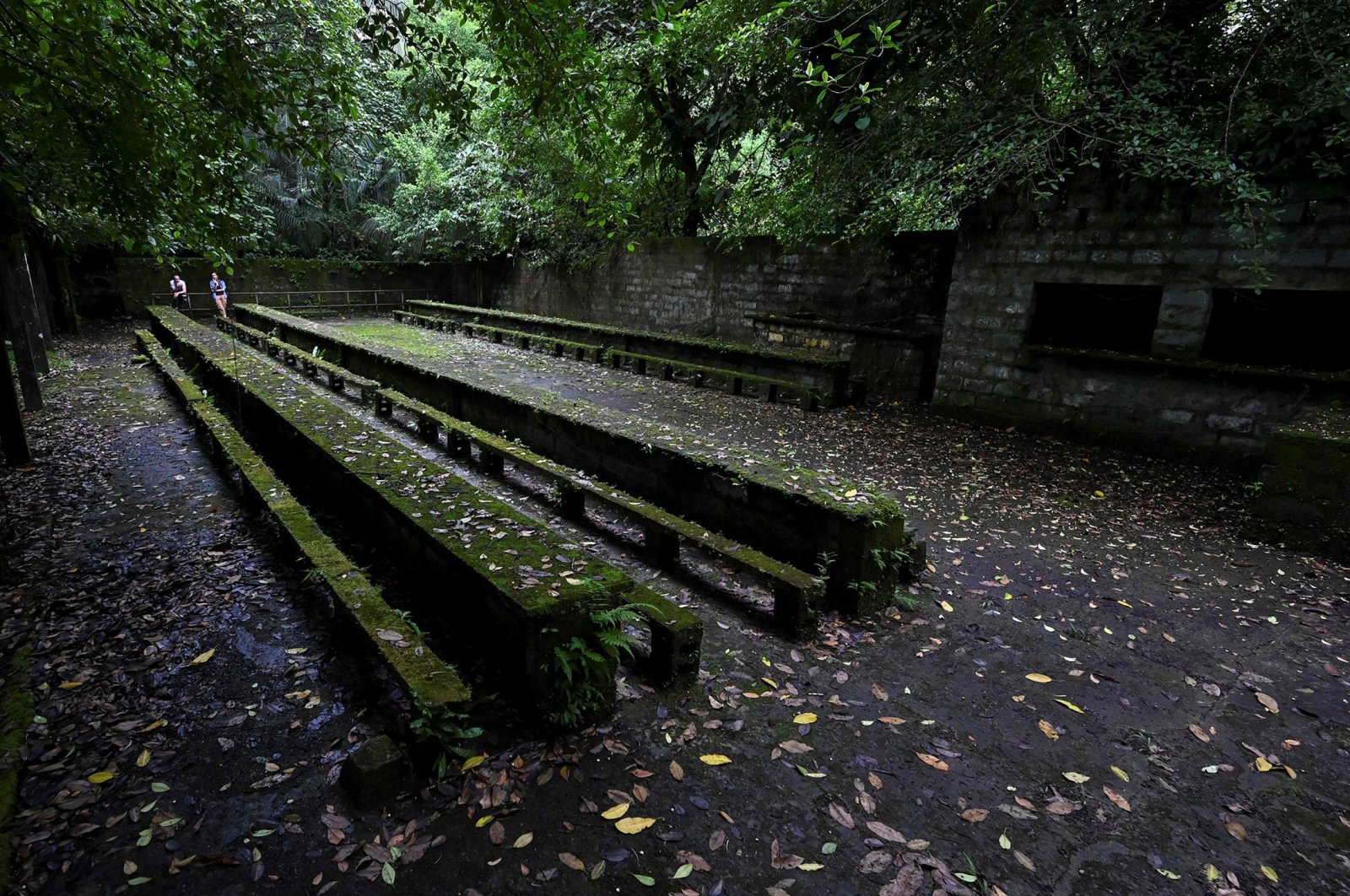 Sufi chefs and piles of meat: Food and history at Konya, Turkey

Why are island prisons – particularly abandoned ones – so appealing to tourists and pop culture? From Alcatraz to Rikers Island to the fictitious Shutter Island, island prisons have occupied films and tours for years. And it's not a United States exclusive deal as well.

At the end of October, a presidential candidate stirred up old memories when proposing to send corrupt politicians to Colombia's notorious former island prison of Gorgona.

No one took the threat seriously but it did pique interest about a little known part of Colombia's history that could be compared to Alcatraz or Robben Island.

Right up until 1984, this 26-square-kilometer (10-square-mile) island situated 55 kilometers (34 miles) off Colombia's Pacific coast was a tragic place where political prisoners and dangerous criminals were sent to serve out their sentences, sometimes until death.

Far from prying eyes, among several species of venomous snakes, prisoners were left to suffer their fate at the hands of the island's brutal guards or violent fellow inmates.

"Damned be this place," wrote one former inmate in a poem.

These days, only a few crumbling walls of the prison remain on an island that attracts a small amount of eco-tourism, mostly for scuba-diving or to explore its incredible biodiversity.

The only way to reach Gorgona is a two-hour boat ride from the coastal town of Guapi, hidden amongst mangroves.

Gorgona is a humid mass of volcanoes and jungle, with daily rain and waters teeming with dolphins and whales.

It was discovered in 1526 by Spanish conquistadors, who lost 87 men to venomous snake bites within a few months of arriving.

It was thus named after Medusa, a gorgon in Greek mythology whose hair was made of snakes and who could turn people to stone by looking into their eyes.

For a time it was a pirate haven before passing into private hands. The Colombian state appropriated it in the 1960s to build the prison.

"There are many legends around Gorgona," said Corazon de Jesus Aguino, 35, a park technician and local celebrity.

Most of them are unverifiable," he added. "What is certain, is that it was a place of punishments and terrible suffering."

More than a thousand prisoners passed through the prison: murderers and rapists, but also political detainees from La Violencia, Colombia's 10-year civil war (1948-58) between the governing conservative party and the liberals.

"The prison was built along the lines of Nazi camps," said De Jesus Aguino.

Several courtyards with dormitories, each with their own "corridor of death" leading to the disciplinary area.

A single dormitory has resisted being swamped by the encroaching jungle and its constant hum of insects.

Prisoners slept in wooden bunk beds, often directly on the boards with no mattress.

"Each prisoner was designated by a number," he said.

Visitors were rare, and outdoor exercise only allowed for prisoners to help cut down the forest.

One place embodied the misery of the prison: the disciplinary quarter with isolation cells secured with heavy iron bars.

The most feared punishment was "the can" – an 80-centimeter (31.5-inch) wide pit where the prisoner would be forced to stand for days on end in squalid water up to his neck.

Appointed in 1981, Lopez, 78, proudly claims to have ended abuse by guards and "pacified" the prison.

"The guards here were thieves, corrupt, they took their revenge on prisoners," said Lopez, now retired.

"Ten 'cans' were still in use. I stopped all that. There was also torture through hunger. Inmates were only allowed potatoes and a bit of rice, with occasionally a bit of barely cooked snake.

As well as snakes and tarantulas, "the beaches were infested with sharks and barracudas, it's no legend," he said.

In total "almost 150 prisoners died in Gorgona," he estimated, denying that the bodies were thrown into the sea.

"With the help of Franciscan priests and Adventist pastors we worked to re-socialize the inmates," he claimed.

A "human rights committee" was installed on every courtyard.

"The food was improved by teaching some prisoners to fish. The number of visits was increased," he explained.

"Through music, painting and even Latin, we managed to calm down the inmates and teach them to forgive," said Lopez, showing off a large scar on his palm suffered when trying to break up a knife fight.

"With me, there were no more deaths," he added, showing a faded photo of himself posing next to an escapee, who was caught after three days at sea on a log raft.

"It was very difficult to escape," he added.

Most escapees were picked up by passing ships and returned to the island but "five or six managed it."

Among them was Eduardo Muneton Tamayo, nicknamed "the Colombian Papillon" – after the 1973 film starring Steve McQueen and Dustin Hoffman – who escaped in 1969 but was caught three years later.

Serial killer Daniel Camargo Barbosa, known as the "sadist of El Charquito," escaped in 1984 with authorities insisting he died at sea.

He was arrested two years later in Ecuador and admitted to murdering 71 young girls there, although he is believed to have killed more than 180.

The prison was closed in 1984 after pressure from human rights organizations, as well as ecologists and scientists eager to protect the island's natural paradise after 70% of its jungle had been cut down by prisoners.

Since then, the jungle has reclaimed its lost territory.

"Colombians need to discover this dark historical place," said Omar Nanez, the only tourist visiting the island alongside AFP.

Given how quickly the ruins are being devoured by vegetation, "the government will have to decide what it wants to preserve of the prison," said one national park employee.

"Is this a cultural or historical asset? Or should it be left to disappear forever?"

Sufi chefs and piles of meat: Food and history at Konya, Turkey