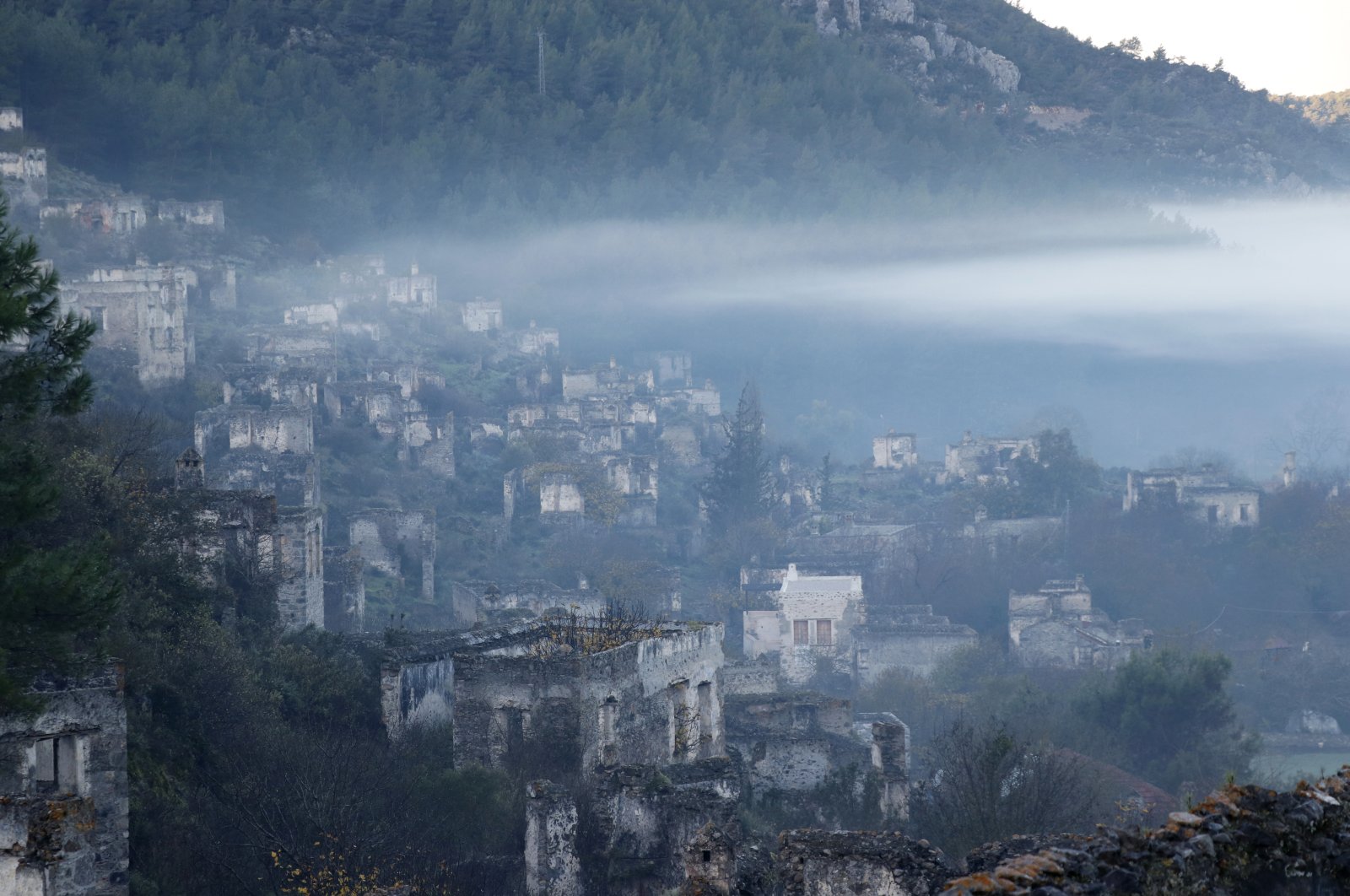 An abandoned village in Turkey's Aegean province of Muğla whose beauty changes with the seasons has become a novel attraction for tourists.

Kayaköy village was evacuated during the exchange of population between Turkey and Greece in 1923.

As Turks coming from Greece did not want to reside in Kayaköy, the village stayed abandoned. This is why the village is now known as a "ghost village."

The village located in the touristic Fethiye district of the province continues to attract the attention of tourists despite the coronavirus outbreak.

The village has a mystical atmosphere, especially during foggy winter weather.

Photographers visit the village in foggy weather to capture the otherworldly ambiance.

It was once one of the largest villages in Turkey with its predominantly Greek locals.