Göbeklitepe grows in reputation in 2 years 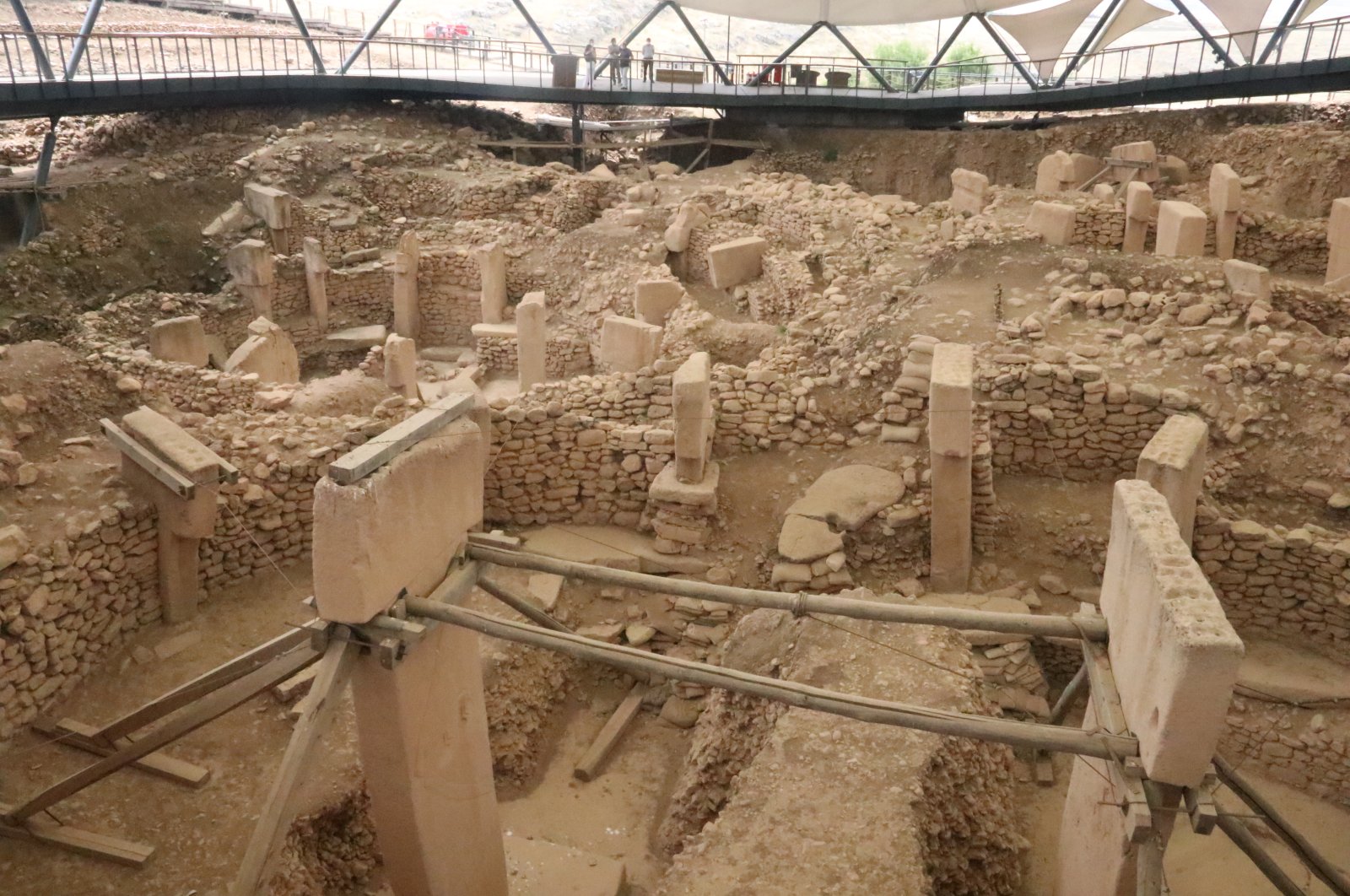 Göbeklitepe, an archaeological site in southeastern Turkey's Şanlıurfa province, has been attracting thousands of tourists from Europe to the Far East and from the U.S. to Africa, since it was included in the United Nations Educational, Scientific and Cultural Organization’s (UNESCO) World Heritage List two years ago.

Thinking that the stone in question was valuable, the farmer acted responsibly and handed it over to the authorities of the Şanlıurfa Archeology Museum.

The sculpture was not exactly understood at first and was taken under protection in the museum. Later, German professor Klaus Schmidt, who came to the city to dig in Nevali Çori settlement in Hilvan district and saw the finds in the museum, launched a detailed study after realizing the importance of the sculpture.

With permission from the General Directorate of Cultural Assets and Museums of the Ministry of Culture and Tourism, excavations were started in 1995 by the German Archaeological Institute and Şanlıurfa Museum under the direction of Schmidt. "T" shaped stones with wild animal figures, 3 to 6 meters (10 to 30 feet) in length and 40 to 60 tons in weight, were unearthed during the excavations.

Various historical artifacts were also unearthed during excavations, such as circular and rectangular pieces of 8 to 30 meters in diameter, as well as the world's oldest temple ruins and a 65-centimeter-long (26-inch-long) human statue, dating back to about 12,000 years ago.

Göbeklitepe, which grows in reputation every year, was placed on UNESCO’s World Heritage Tentative List in 2011 and was included on the World Heritage List at the 42nd World Heritage Committee meeting held in Bahrain on July 1, 2018.

This title boosted the worldwide recognition of Göbeklitepe which experienced its “golden age” in tourism last year after 2019 was announced as "The Year of Göbeklitepe" by President Recep Tayyip Erdoğan.

Although Göbeklitepe was closed to visit for about three months this year due to the coronavirus outbreak, it came to the fore as the most visited historical site during the outbreak within the scope of the virtual museum application introduced by the Ministry of Culture and Tourism.

Göbeklitepe continues to welcome its guests in accordance with a mask, social distancing and hygiene rules during the normalization process that began on June 1.

Speaking to Anadolu Agency (AA), Kamil Türkmen, chairman of the Tourism Professional Committee of the Şanlıurfa Chamber of Commerce and Industry, said that tours in the region were postponed as well as around the world due to the pandemic.

Emphasizing that Göbeklitepe has now become an indispensable tour route in the city like Balıklıgöl, Türkmen stated: “Thanks to Göbeklitepe, we are now hosting a World Heritage Site. This heritage was registered by UNESCO two years ago. Last year was declared the Year of Göbeklitepe by the President. In the intervening two-year period, Göbeklitepe has become the No. 1 destination in all trip plans and routes. What is gratifying is that Göbeklitepe tops in the lists of all of faith, culture and gastronomy tours. It has become a must-see destination in the region along with Balıklıgöl and Halfeti.”

Müslüm Çoban, head of Şanlıurfa Regional Tourist Guides Chamber, remarked that Şanlıurfa is one of the most important routes of cultural tourism in Turkey.

Indicating that they expect the number of visitors to the historical ruins to increase with each passing day, Çoban noted: “We have the potential to attract 2 million visitors in the region. The Year of Göbeklitepe is over, but interest in Göbeklitepe will increase every day both this year and the coming years. In 2019, some did not want to reschedule their holiday program and could not fit it into their program. Because of this impact and interest, people may have postponed the idea of a visit this year. We think we will welcome more visitors as the pandemic process totally normalizes toward spring.”