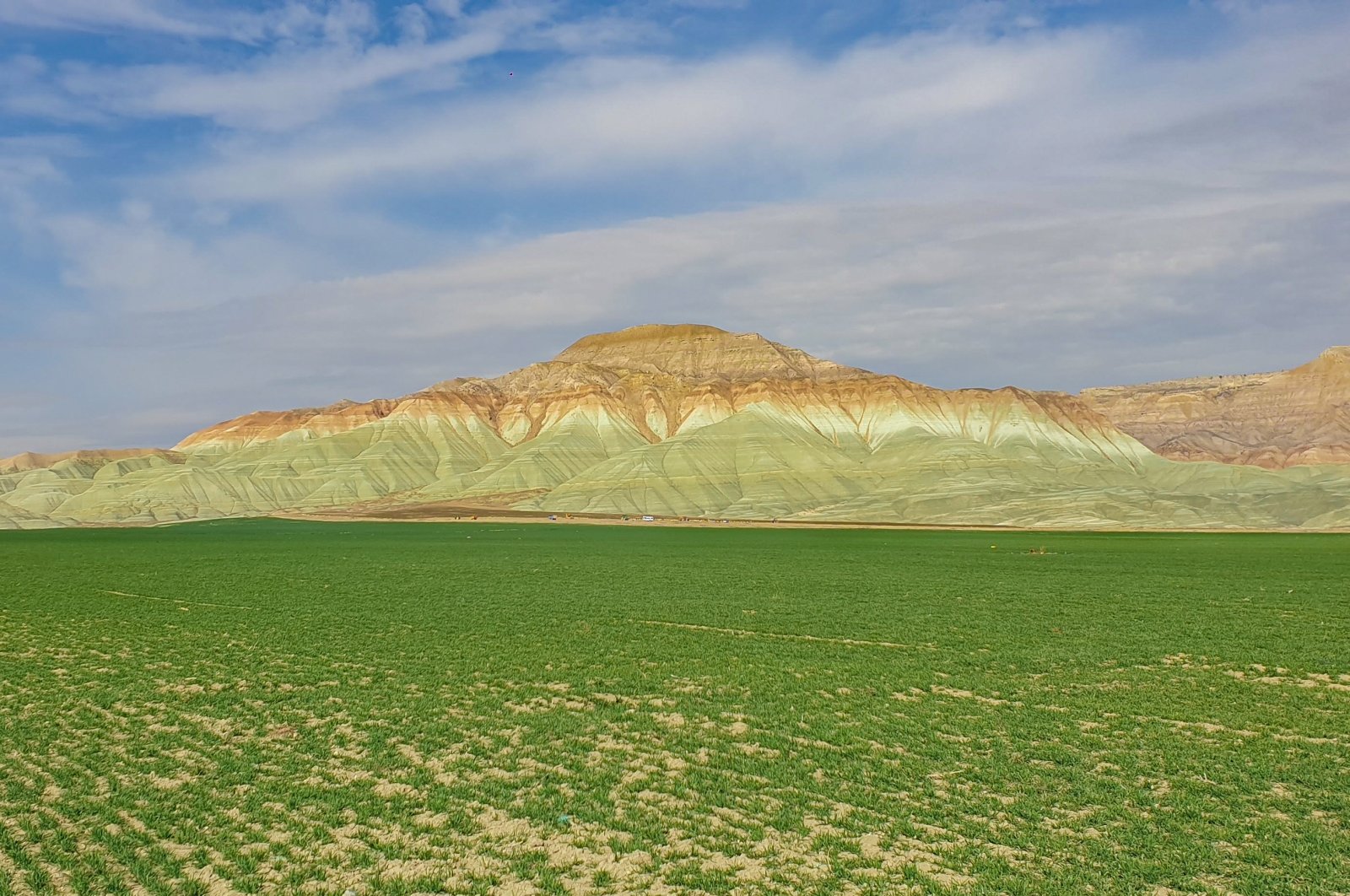 Anatolia abounds with historical sites and natural wonders. Some of them are known worldwide but many others await discovery. In this 7-part series, we'll first explore the vicinity of Nallıhan in Ankara province, and three gems hidden under our noses

Like many others, if you have felt bored and listless in the capital Ankara at some point, you will be pleasantly surprised to learn about one of the most overlooked areas nearby – the Rainbow Hills, the Green Valley and the Necropolis of Juliopolis located in the district of Nallıhan. This one-day itinerary, which equals to about a 2-hour drive from the city center of Ankara toward Istanbul, combines history and nature to show you a completely different side of Anatolia.

Nallıhan is known for the vast Nallıhan Bird Sanctuary, one of the largest and most well-known bird sanctuaries in Turkey, which is a hot spot for nature photography, hiking and bird watching. However, despite Nallıhan's remarkable natural and historical wonders, the historical town of Beypazarı attracts most of the attention and tourists in the area. It is not uncommon to see groups of tourists in Beypazarı, but their trip usually ends there and they leave without exploring the area further. I have yet to see Nallıhan included in the itinerary of local and international tour groups.

Let's see what Nallıhan has to offer its visitors.

Founded on a hill that offers picturesque views of the Sarıyar Dam on the Sakarya River, the Necropolis of Juliopolis has hundreds of excavated graves dating back to the Hellenistic, Roman and Byzantine eras.

In 1991, a rescue excavation was conducted in the area by the Anatolian Civilizations Museum, during which a small number of graves were uncovered. Back then, this area was assumed to be an unnamed necropolis. However, texts on bronze coins unearthed during the main excavation, which was initiated in 2009 by the Anatolian Civilizations Museum, attested that this place was, in fact, the ancient city of Juliopolis.

Since 2009, more than 400 graves of many different styles, such as chamber tombs, sarcophagi and cists, have been discovered. Necklaces, rings, glass bottles, vessels, coins and many other artifacts that were found in the graves and around the excavation site provided great insight into the socioeconomic life and the people who lived in Juliopolis.

Around the necropolis, some ruins of the ancient settlement of Juliopolis are discernable as well. On the southeast side of the necropolis, where it meets the dam, there are some remains of ancient walls and structures. However, these are not marked, leaving the nature and purpose of these structures a mystery.

It is said that, upon inspecting the shoreline of the Sarıyar Dam surrounding the necropolis, it is possible to see the submerged ruins of some ancient structures. Although I was not able to see them, you very well may spot them if you try.

A considerable number of graves have information boards beside them, giving insight into the style of the grave and the person buried in it. This allows you to imagine and, in a way, connect with the people that once inhabited Juliopolis.

Driving up to the Rainbow Hills, I intended to see just those. I did not expect to stumble upon such a unique landscape, a hidden natural wonder, which is certainly not common around Ankara.

The Green Valley, with its hilly, layered topography inside Davutoğlu National Park, made me feel as if I were on another planet, or perhaps a movie set, almost expecting to find little green men going about their day in their miniature spacesuits.

It is easy to get there. The single road that leads you to the Rainbow Hills also passes by the Green Valley. Right after crossing the Çayırhan Bridge, you must take the first right turn (a rather sharp one, I should add), and continue down the road for a minute or so until you are surrounded by strange green hills. There are many places along the road for you to pull over to take photos.

It is surprising how unheard of this place is to the locals. Although the Rainbow Hills are easily visible from almost any part of the bird sanctuary, their earthy hues and the vastness of the sanctuary means that not many people notice them.

Scientific studies conducted by the Department of Geology at Hacettepe University have suggested that these colorful hills were formed around 10 million years ago. The colors of the hills emerge from the types of minerals that were deposited during the formation of these hills. For example, the red tones are associated with iron element deposits.

The nearest places you will find similar colorful hills will require you to catch a plane to Peru, Argentina, China or the U.S.

Once you are close enough to the hills, you will need to walk through green fields in order to get up close to them and be able to take marvelous photos.

So if you find yourself in Ankara with nothing to do, or are on the lookout for lesser-known places to explore, Nallıhan can quench that thirst. Located out in the open, isolated from the herds of visitors, these three spots make for a great day trip during times in which we are all concerned about keeping socially distant.