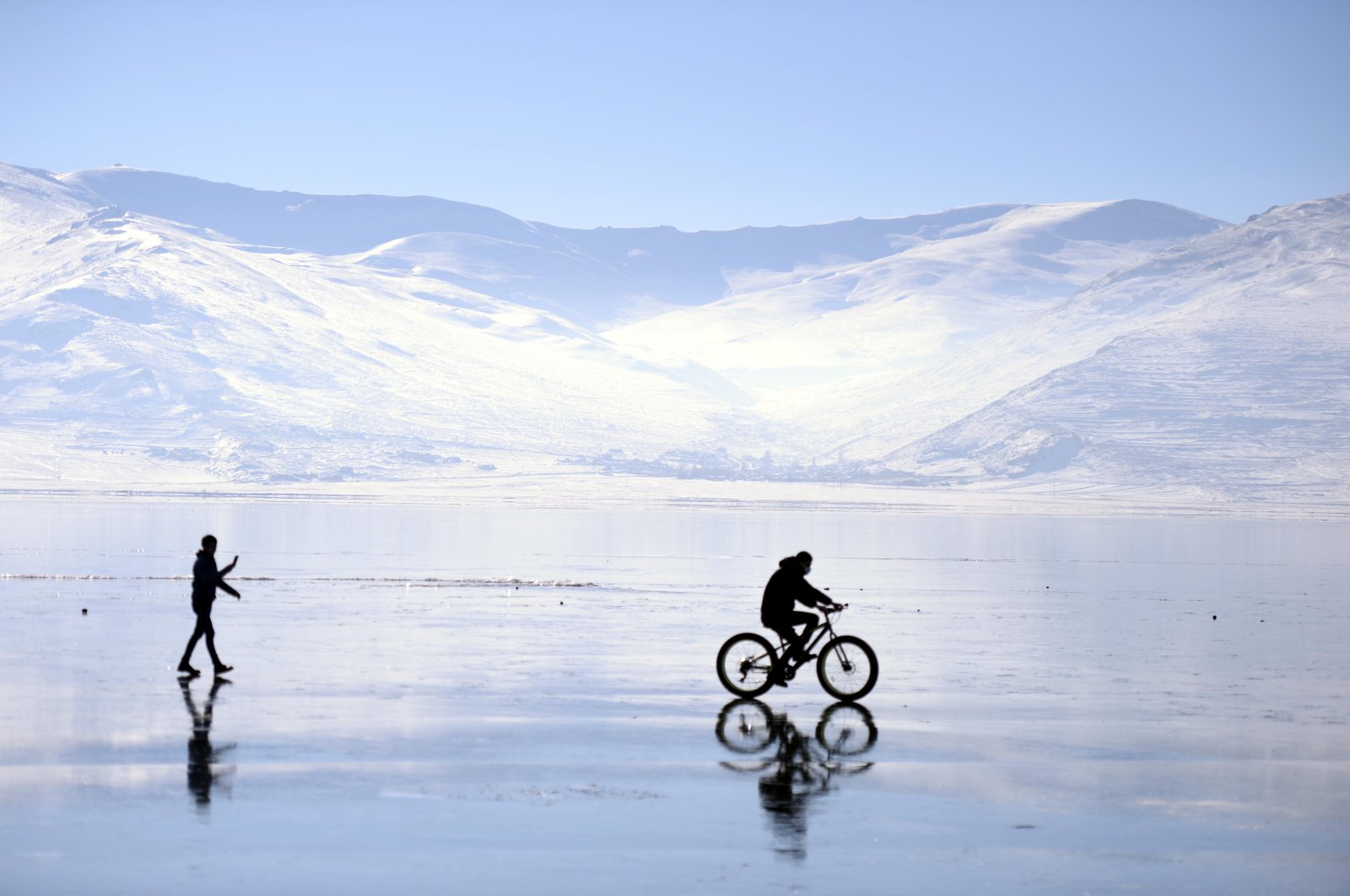 The freezing over of Lake Çıldır in Turkey’s eastern Ardahan and Kars provinces each year is awaited with anticipation by locals, who turn to the lake’s glassy surface for entertainment and income.

The air temperature at the lake, which is the second-largest in Turkey, currently ranges between 8 degrees Celsius and minus 16 C (46.4 to 3.2 degrees Fahrenheit), and the ice is now up to 10 centimeters (3.9 inches) deep on some parts of the lake.

The ice is not yet thick enough, however, for the gleeful sleigh rides that attract tourists to Ardahan each winter. Instead, locals start off the season with bicycle rides across the ice.

“This thickness is not able to carry sleighs. That's why we opened the season by bike. This is a preparatory phase. And we also enjoyed cycling. We will be able to give tours on bicycles to anyone who comes,” he said.

The ice makes for a slippery ride, but cyclists opt for wide-tired bikes to get maximum traction.

Situated 1,959 meters (6,427 feet) above sea level, Lake Çıldır is unique in that tourism activities and fishermen's livelihoods begin once the lake is frozen. Çıldır fishermen say the ice on the lake has to be 15 centimeters thick for them to begin fishing.

Once the ice on the lake is at its thickest, tourists flock to the site to enjoy wintery sleigh rides and even grill freshly caught fish on the surface of the lake.