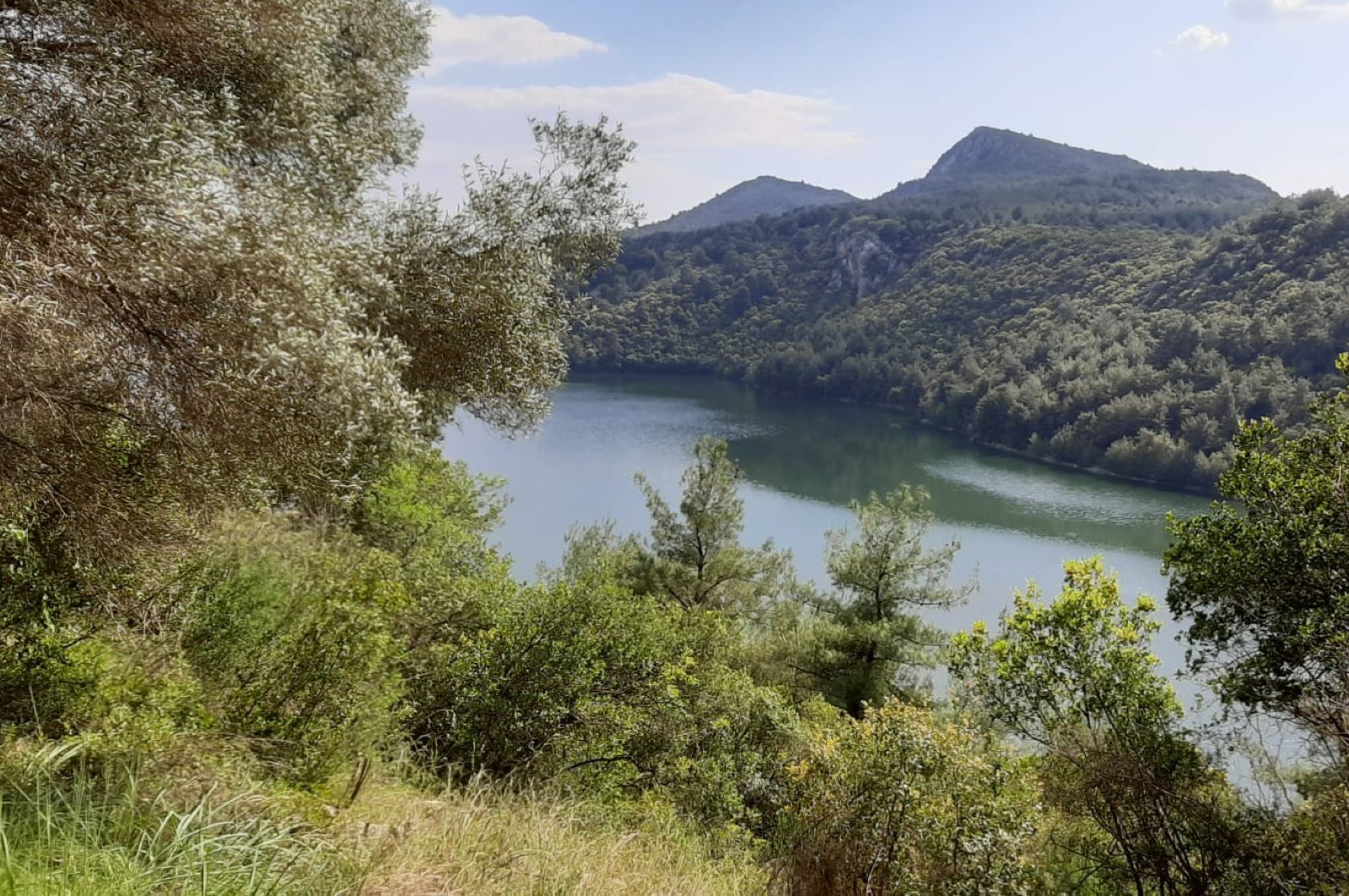 A view from Karatepe, which is a late Hittite fortress and open-air museum in Osmaniye province in southern Turkey. (İHA Photo)
by Anadolu Agency Apr 22, 2020 1:53 pm
Edited By Yasemin Nicola Sakay

With its magnificent ramparts, fortifications and gates, the Karatepe-Aslantaş Archeological Site, which has been added to UNESCO's World Heritage Tentative List, will be the new face of Turkey's tourism industry

Scientific reason behind why some people love to travel

The Karatepe-Aslantaş Archeology Site with its open-air museum in Turkey's southern Osmaniye province is gearing up to become the new promotional face of Turkey. It is included in the World Heritage Temporary List by UNESCO and already hosts thousands of local and foreign visitors throughout the year.

As a result of excavations carried out in the area, which started in 1946, inscriptions and sculptures belonging to the period of Asativatas, the ruler of the Adana plain in the Late Hittite period, as well as tools used by the people of that era, were unearthed.

The most important historical feature of the region is the presence of a key allowing the reading of Hittite hieroglyphs found during the excavations that had not been fully deciphered. Thanks to this key, Hittite writings all around the world can now be deciphered and read, even writings dating back to 2000 B.C. in Anatolia.

The work on the 2,700-year-old historical region was started by the Kadirli District Governorate and the Kadirli Education and Culture Foundation (KA-VAK) so it could be included on the UNESCO World Heritage List, and a report was sent to the Culture and Tourism Ministry.

The fact that the Karatepe-Aslantaş Archaeological Site is one of the five new cultural assets from Turkey that made the UNESCO World Heritage Temporary List as a result of the studies was welcomed with joy in the city.

In a statement to Anadolu Agency (AA), Kadirli district governor Ahmet Arık recalled that the Karatepe-Aslantaş site was included in the UNESCO World Heritage Temporary List on April 16, thanking everyone who contributed to bringing the region to the world and to put it on the UNESCO list. “Archaeologist Halet Çambel, who we lost six years ago, made the most noteworthy contribution to this region. He made great efforts to uncover this place and turn it into a museum. We hereby honor his memory,” Arık said.

He noted that the listing of the museum is a great opportunity for promotion. “Unfortunately, due to coronavirus, our museum is closed, but when the danger of virus disappears, we will welcome all local and foreign visitors to our museum and district,” he added.

Emine Varmış, the Adana branch head of the Kadirli Education and Culture Foundation (KA-VAK), who prepared the project submitted for the UNESCO list, said they finally began to get the results of the two-year study.

She said they have gone to great lengths to promote Karatepe-Aslantaş. “It was a tiring but enjoyable project, and the result was worth it. We achieved the first step of our dream. Our goal now is to fully make the UNESCO World Heritage List,” she added.

According to Varmış, the history of the discovery of the Karatepe-Aslantaş Archaeological Site dated backs to 1939 and that a primary school teacher in Kadirli discovered the region. The first official digs then started in 1946.

She stated that the excavations were initiated by a research team, including professor Halet Çambel, under the leadership of German archaeologist, professor Helmuth Theodor Bossert. “With the devoted works of Halet Çambel up until 2010, Karatepe-Aslantaş has reached the present day. The region where Karatepe-Aslantaş is located was placed under protection in 1958 with its declaration as a national park, and its uniqueness and integrity has been preserved through the excavations carried out,” Varmış continued. “Conservation roofs, which were built as a special design with a cultural landscape, were also accepted by the experts after they provided the required structural criteria to be on the UNESCO World Heritage List, such as revealing the architectural, and social and political structure of the period.”

Varmış stressed that the temporary listing of the region was a very important development for the promotion of Kadirli and Osmaniye. “Our 2,700-year-old site is one of the rare places where both history and nature are intertwined,” she said. “Karatepe-Aslantaş, one of the five cultural assets that are deemed worthy of listing from Turkey, will hopefully be the promotional face of our city, our region and our country. We will maintain our efforts to promote the region to more people.”

Scientific reason behind why some people love to travel