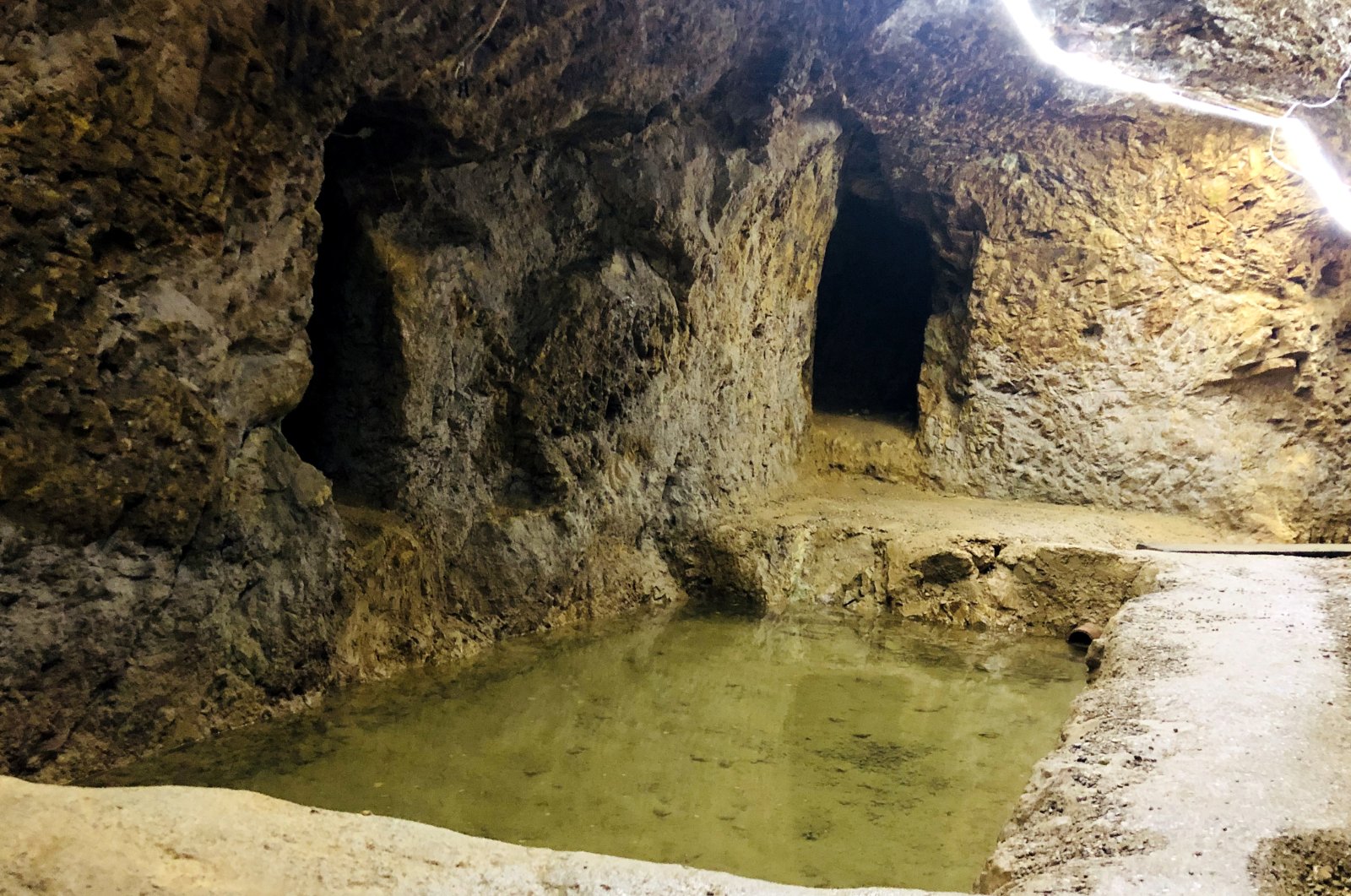 Discovered by chance during a construction excavation, a mysterious underground city in Aydıntepe district in Turkey's northeastern Bayburt province charms visitors with its thousands of years of history.

Located under houses, offices and streets in the district center, Aydıntepe Underground City consists of galleries and rooms, as well as larger spaces that these rooms lead to, carved out just over 2 meters (6.5 feet) below the surface without the use of any building materials.

The underground city, which shows the important cultural and historical value of the area, welcomes between 30,000 and 35,000 visitors every year. It has resumed regular activities following updates during the normalization process.

In a statement to Anadolu Agency (AA), Aydıntepe District Governor Mustafa Akın said the underground city was used as a shelter to escape Roman persecution during the early periods of Christianity. He stated that the 3,000-year-old historical city came to light during a construction excavation 25 years ago.

“With the normalization process, our underground city opened its doors,” Akın said. “Our citizens, who stayed home for three months due to the epidemic, have begun to visit the underground city, one of the most important historical riches of this region. We invite all our citizens to see the historical beauty of this geography. We have taken our necessary precautions.”

Aydıntepe Mayor Haşim Şentürk explained that work continues in the Aydıntepe Underground City, and according to the latest findings, the historical buildings may extend 4 kilometers further east and west, adding that a project to scan the region is being prepared. “By unearthing these 4 kilometers, we can bring more tourism to the country. We need to attract tourists to Aydıntepe. Hopefully, we will bring more tourists to the underground city by solving all its mystery with this brilliant project,” he continued.

Şentürk recalled that the site hosted over 30,000 visitors last year, adding: “This year we just started to provide services due to the epidemic. We expect to reach 50,000 visitors. Hopefully, we can catch this figure.”

Ali Kahraman, one of the underground city's regular visitors, said the historical site attracted his attention as a place of mystery. “We knew this place was closed because of COVID-19. I came to visit as soon as I learned that it was reopened. Every time I come here it affects me more," he said. "It is said that this building extends to the Bayburt city center. I was quite curious about this and also learned that there were related studies. I want to visit whenever possible.”