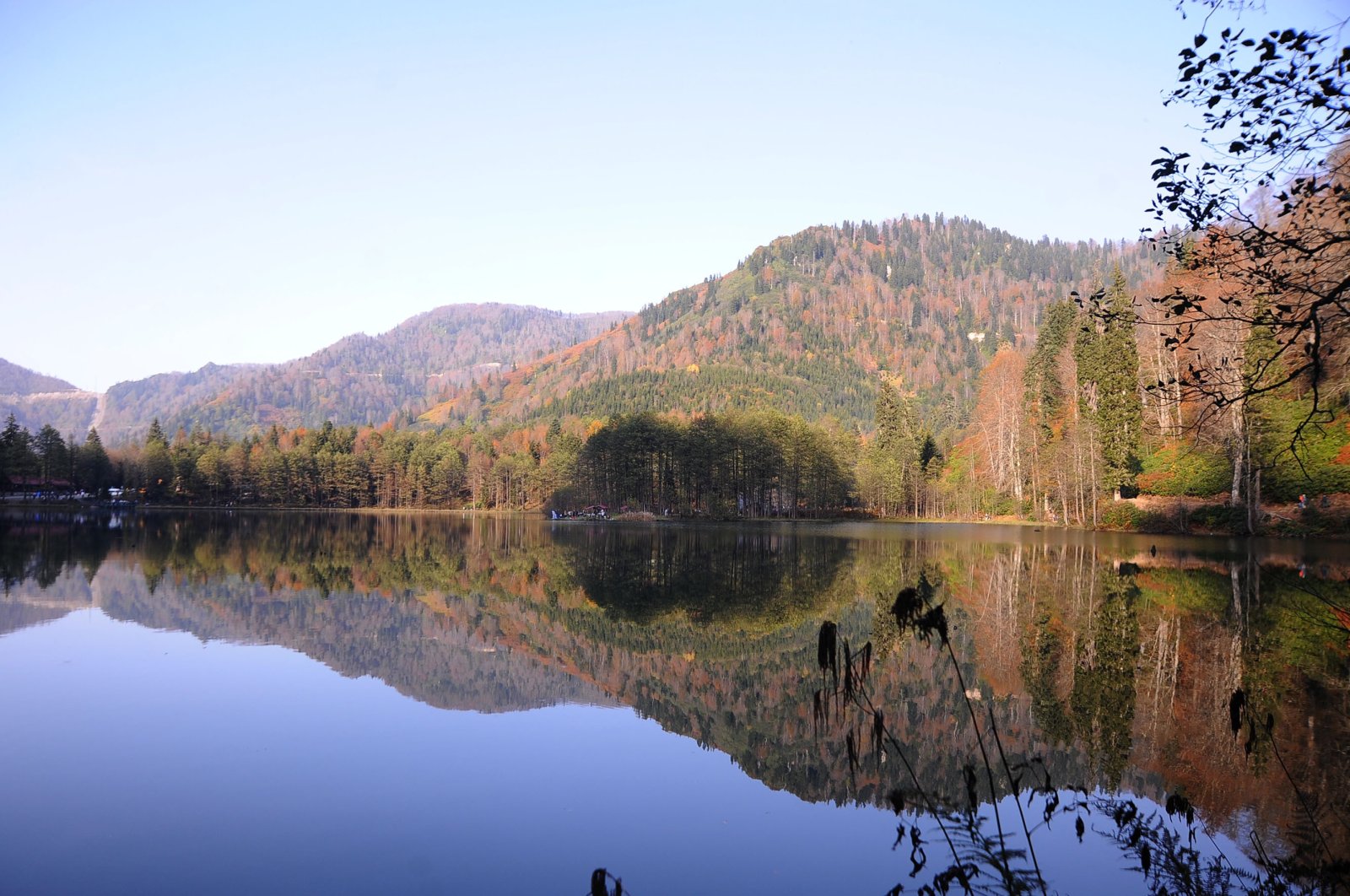 An aerial view of Karagöl in autumn, in Borçka district of Artvin, Turkey. (AA Photo)
by DAILY SABAH WITH AA Oct 19, 2021 4:53 pm
RECOMMENDED

Nature is flaunting the colors in its palette, painting remarkable fall scenes for nature lovers in Karagöl, literally meaning "black lake," in the Borçka district of Artvin province in northeastern Turkey, where visitors come to immerse themselves in the warm colors and experience the transition to autumn.

With its diverse flora and unique landscape covered with valleys and lush forests, the nature park is among the most important tourist sites of the city and is preferred as it is easy to reach.

Encompassing an area of 368 hectares (909 acres), located 25 kilometers (15 miles) away from the Şavşat city center, Karagöl was formed as a result of a landslide that blocked a stream at the beginning of the 19th century. It hosts thousands of local and foreign tourists every year, not just in autumn but other seasons as well.

Many photographers and enthusiasts from Artvin and the surrounding provinces visit the region in autumn to take in the beauty with their own eyes.

One such visitor is Çağlar Çelik who traveled from northeastern Turkey's Rize province with his family. Çelik told Anadolu Agency (AA) that Artvin is a secret heaven with its natural beauties.

Pointing out that Borçka Karagöl, which he had visited before, is especially picturesque in autumn, Çelik said, "There are various colors. We are here to have a good time with my family. We were very pleased and had fun. There may be similar images in other lakes, but the geography of this place is one of a kind."

Teacher Elif Sağlam stated that she comes to Borçka Karagöl every season due to its year-round appeal, “Our wedding was in November so we chose this place for a photoshoot," she said.

Serpil Yılmaz, the school principal, who came from Hopa with a group of 30 preschool students, also described Borçka Karagöl as a very valuable place. "We came here to show the beauty of nature to children in the autumn. We had a picnic. We explored nature. We hugged the trees. We painted the trees. During the COVID-19 pandemic, the children became almost apartment-bound. It is very important to take this opportunity and bring the children to such environments and educate them. We enjoyed this."