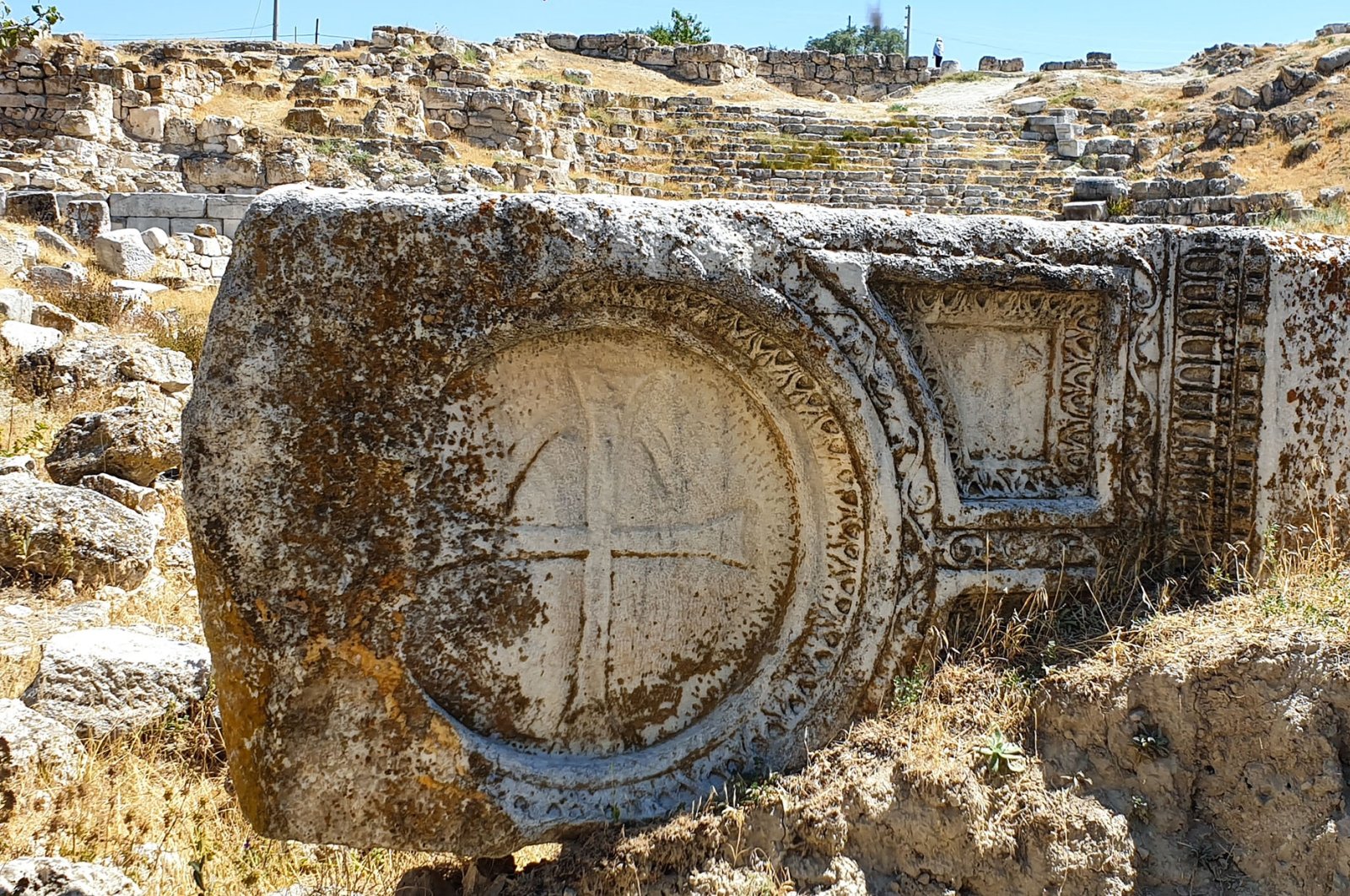 This week, we will be heading to the suburbs of Eskişehir to visit the ancient city of Pessinus, and along the way, we'll meet a shepherd who claims to have been to every corner of the area

“Hey! What happened? Do you need some help?” were the words I heard someone behind me saying. As I was heading to the ancient city of Pessinus, located 16 kilometers (10 miles) south of downtown Sivrihisar in northwestern Eskişehir province, I got a flat tire and pulled over to replace it with the spare wheel.

Mehmet, a shepherd with his flock, saw that I had a problem and approached me to ask if I needed anything. I told him I was nearly done fixing the tire. But since he was a friendly local who seemed like the type with whom one can easily chat, I decided to make use of the moment to get some insight into the area. He must have gotten bored herding his flock alone, so he was very talkative. As today’s article suggests as well, locals are the real gems in Turkey. They are the most authentic guides you could ask for.

“Abi (an informal way of addressing a slightly older male in Turkish), I have been working in husbandry for years, and no one knows these areas better than me. There is so much history here in Ballıhisar (the village where the ruins of Pessinus are found)," Mehmet told me.

"However, recently in the remote suburbs, I have run into many illegal excavation sites dug by treasure hunters. The other day, in the middle of nowhere, I found the broken lid of a sarcophagus with lion carvings on it. Of course, for these people, it’s easy to come here at night and try their chances because there is no one around," he explained.

After we bid farewell and parted ways, I drove about 10 minutes and reached the ruins of the ancient city. Although there is no security in the ancient site of Pessinus, the overall tourism organization of this small Anatolian village is very impressive. At every ancient spot, you can find signboards providing detailed information both in Turkish and English.

The roads are in perfect condition until Ballıhisar. However, the dirt roads in the village might be a little challenging for standard vehicles. Please note that visiting Pessinus is free of charge.

Although the site seemed to be open 24/7, I would still suggest you come here between the regular working hours, which are 9 a.m. to 5 p.m.

In the Phrygian era, Pessinus was an important cult center for the goddess Cybele (Kybele). The settlement lived its golden age during the reign of Roman Emperor Augustus I (27 B.C.-A.D. 14). Pessinus started to decline in the A.D. ninth century and subsequently was completely deserted.

The signboards to Pessinus are abundant on the way, so you do not need any online map service to reach the site if you are coming from Sivrihisar. Though if you are planning to get to Pessinus from a different spot, I suggest you use a GPS. The location of Pessinus is marked accurately on Google Maps. As long as you follow the GPS, you will be fine. The other option is to drive all the way to Ballıhisar and ask a local for directions.

Feeling happy after exploring a very intriguing ancient city, I set off to return to Ankara. A field on a not-so-high hill that was surrounded by barbed wires caught my eye on the side of the road, literally just before the entrance to the village of Ballıhisar.

First, I thought, "It's probably nothing." Then I changed my mind and decided to take a look and could not believe my eyes. There was a plain field with many sarcophagi, grave steles and marble slabs with ancient inscriptions on them. Since there were no signboards indicating that the area was private property or an excavation site, I ventured in. My previous experience as a traveler in ancient sites made me think that this place must be a necropolis but a very poorly maintained one.

Not too long afterward, I realized the area must have been desecrated by treasure hunters like the ones Mehmet had spoken of. Even though there were still some unharmed artifacts, I saw many deep holes dug by the treasure hunters, pottery pieces and even bones of the owners of the ancient graves strewn around.

If you happen to pass near Pessinus, you should definitely see this ancient city. Its remote and far-from-the-crowd state will ensure you a safe and joyful visit. Turkey is full of history; the only duties we have are to protect the sites and enjoy the heritage we are surrounded by.