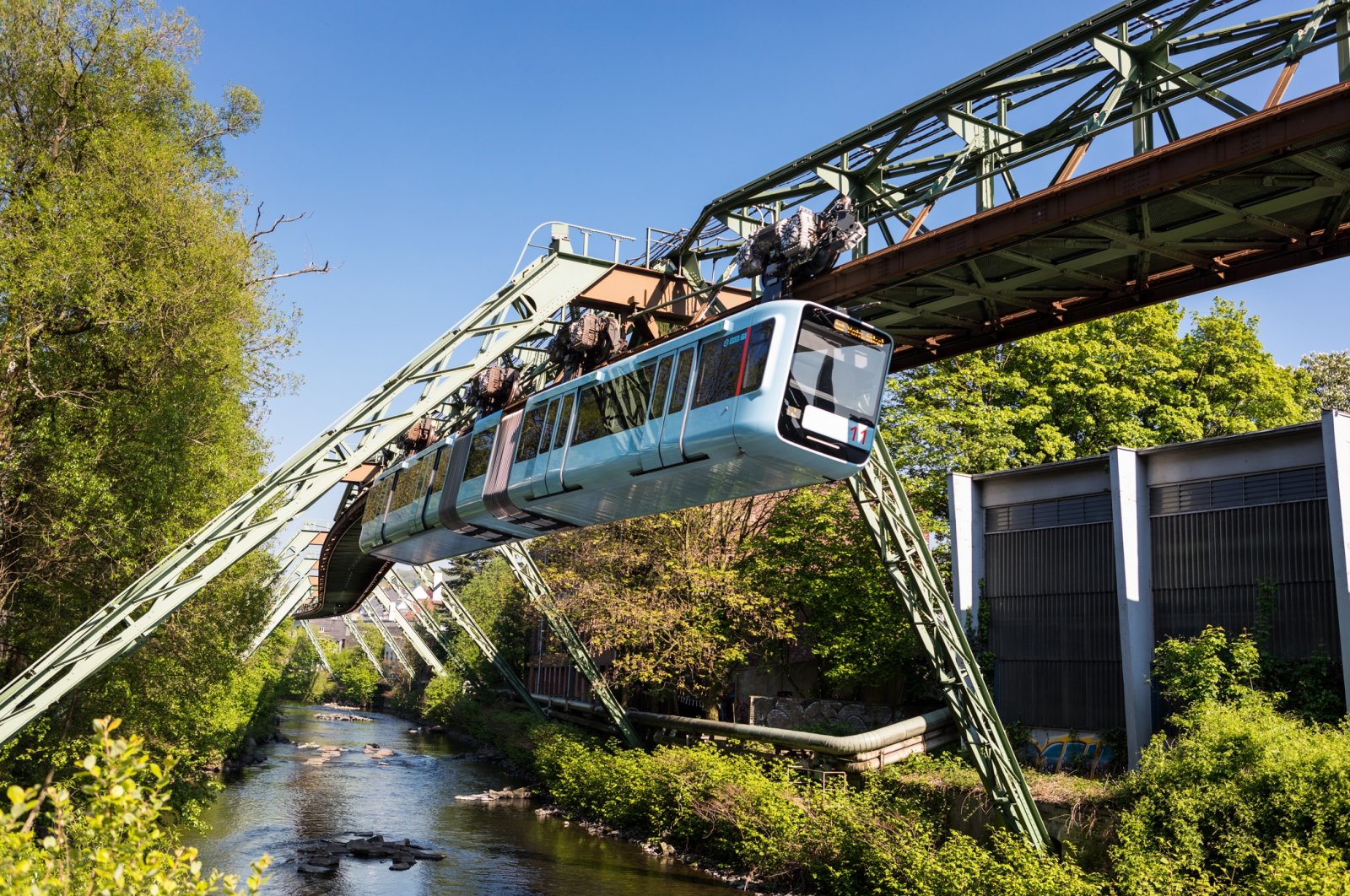 Wolfram Deutsch makes a somewhat daring comparison: "New York has the car-free High Line, Wuppertal has the 23-kilometer-long (14.29-mile-long) Nordbahntrasse," said the industrial manager, who runs a bicycle rental shop along the cycle route in his spare time.

The Nordbahn is indeed something to behold.

Where, until 1991, railcars ran from station to station, one of Europe's longest inner-city paths for cyclists, pedestrians and skaters has been created.

When the sun is out, thousands head to the linear park and spend their day there. Tourists on bikes look down on the sea of houses in the valley from historic bridge viaducts, as Wuppertal residents pass by on their commute to work.

The Nordbahntrasse is just one of the attractions of this little-known tourist city in the Bergisches Land region, just under an hour's drive from Duesseldorf. You can bet this city is well worth the trip!

Anyone exploring the city on foot should be reasonably fit. Visitors notice this on the "Mansion splendor and courtyard" tour with guide Johannes Schlottner, 62. The steep slopes rise up to 350 meters (1,148.29 feet) above the valley. One of the steepest climbs is Sadowastrasse in the Brill Viertel, where splendid buildings line the quiet tree-lined streets. Well-to-do factory owners settled here up until the 1920s.

This created one of the largest mansion districts from the Wilhelminian period in Germany. It's been preserved to this day, with 242 listed mansions.

"Industrialisation began in Wuppertal," claims Schlottner. The first mechanical spinning frames appeared here in the early 19th century. In its heyday, there were more than 250 spinning mills, weaving mills, dye works and finishing plants for textiles.

The city grew rapidly – it was indeed the German Manchester.

From textile metropolis to university town

The textile workers moved to the Oelberg quarter, which has changed beyond recognition. It's been spruced up, and dreary courtyards have disappeared. It symbolizes how the whole of Wuppertal has changed. Once a textile metropolis that then experienced radical decline and unemployment, today it's a university city with 22,000 students.

The city offers a level of culture that visitors would not expect at first glance. The Von der Heydt Museum, for example, has 3,000 paintings. The works range from 16th and 17th-century Dutch paintings to Salvador Dali and Paul Klee.

Music lovers speak highly of the historic Stadthalle, built in 1900, because of its masterful acoustics. Comparisons with the excellent spatial sound in the Viennese Music Association's Great Hall are frequently made. Star conductor Sir Simon Rattle has been quoted as saying that "Munich should look to Wuppertal." He is set to take over the direction of the Bavarian Radio Symphony Orchestra in 2023.

Ballet lovers, on the other hand, speak with reverence of Pina Bausch and her Wuppertal Dance Theatre. The choreographer and dancer, who died in 2009, changed the art form of ballet from 1973 onwards with her novel productions, combining everyday scenes with the poetry of stage dance. At first, it was highly controversial but ended up being euphorically celebrated by critics and audiences alike.

Suspended above the river Wupper

And then, of course, there is the attraction that most tourists come to Wuppertal for: the suspension railway. The first track went into operation 120 years ago.

On a route of just over 13 kilometers in length, the blue wagons rattle, rumble and squeal on a steel supporting frame between Vohwinkel and Oberbarmen. Free from traffic jams, the suspension railway is located 8 meters above street level and 12 meters above the River Wupper.

United States television station CNN called the suspension railway "one of the world's coolest rail systems." They also recommended Wuppertal as one of the 20 top travel destinations of 2020 – along with Vancouver, St. Petersburg and Copenhagen. Wuppertalians are proud of this.