Sunken mosque minaret draws many to lake in eastern Turkey 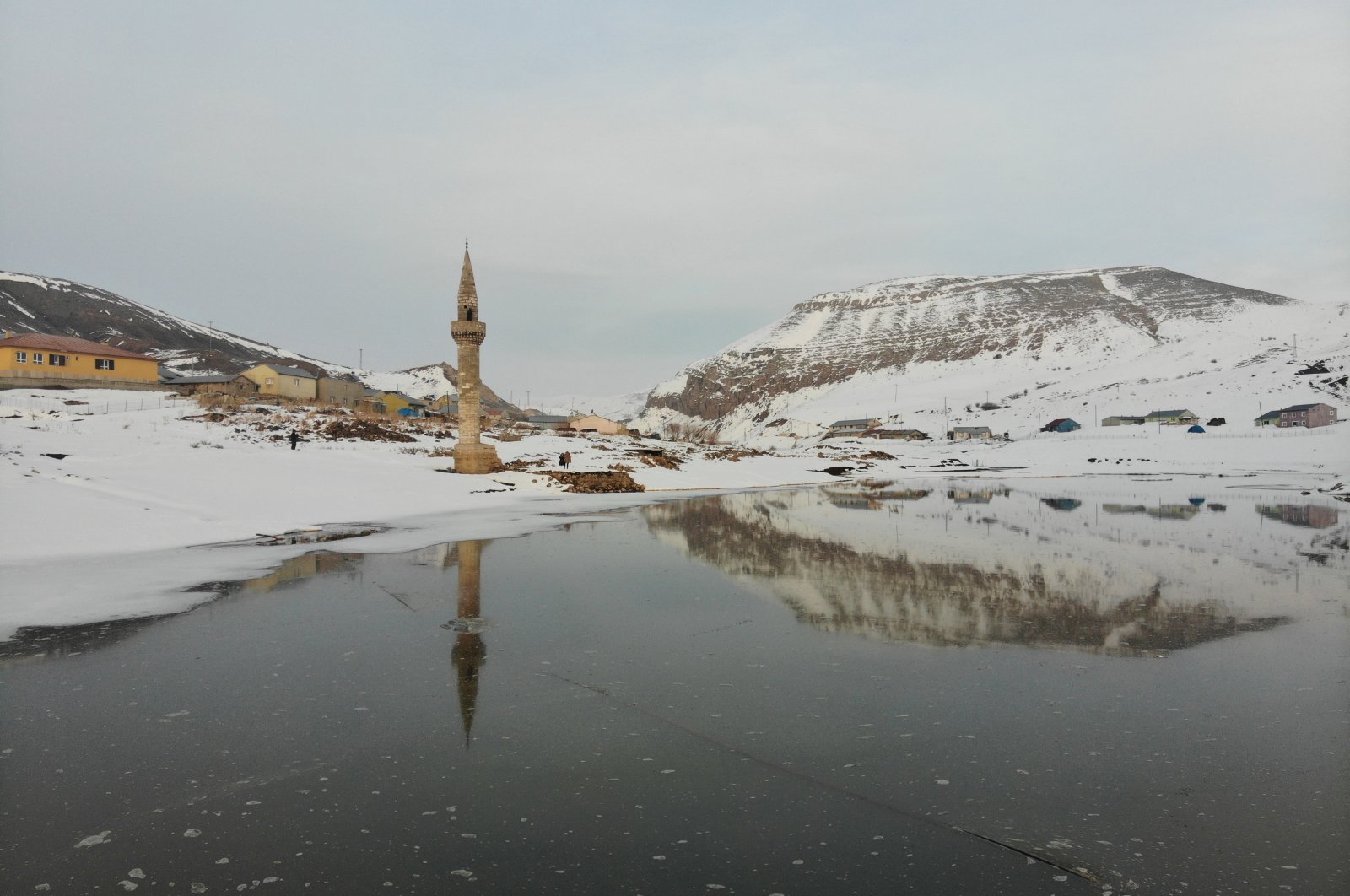 A frozen, dam-filled lake with a fascinating and picturesque landscape in Turkey's eastern Ağrı province is attracting photographers who want to capture a rare shot.

Ağrı's Başçavuş village was submerged by Yazıcı Dam when it was built years ago, but the village's tallest buildings managed to remain above water, creating a unique view.

This year, freezing temperatures and heavy snowfall in the region caused the lake to freeze.

The buildings of the old village remaining above the frozen lake waters resemble scenes from utopian science-fiction movies.

As such, the photographers who want to capture a rare shot have flocked to the area. They are particularly interested in the mosque's minaret that juts out from the lake's frozen surface.

Heavy snowfall and freezing temperatures hit a large part of Turkey this week, shutting down roads and causing traffic accidents.